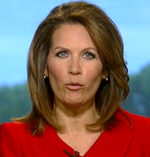 Video: 'I am seeing our Party unite' says Michele Bachmann

REPUBLICANS HEADING FOR A LANDSLIDE! - Analyzing patterns of behavior among undecided voters Dick Morris says omens for GOP are very positive - The Hill

Romney ramped up his criticism of Obama's proposal to require people earning over $1 million to pay a minimum 30-percent tax rate, calling it a "gimmick" that is a meaningless response to the nation's mounting debt - CBS

Nearly a week after ending his bid to be president, Rick Santorum still isn’t ready to make an endorsement - Wall Street Journal

The Republican National Committee has announced that it has appointed state directors to drum up Hispanic support in Florida, Nevada, Colorado, New Mexico, Virginia and North Carolina - Washington Post

The Democratic Congressional Campaign Committee raised $9.8 million in March, besting the committee charged with electing Republicans for the fifth month in a row - USA Today 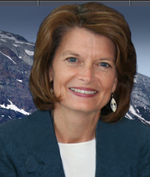 If we had begun exploring in the Arctic National Wildlife Refuge in 2002, its oil and gas (and jobs and revenue) would be flowing now - Senator Lisa Murkowski in the Wall Street Journal

Why do SMALL businesses get all the political attention? - NPR

Max Boot: NO alternative to US global leadership

"Post-1945 Britain could cede the mantle gracefully to the U.S., confident that we would champion the same liberal values. To whom can the U.S. possibly pass power today? China? Russia? Iran? The question answers itself: there is no alternative to American leadership." - Max Boot for Commentary 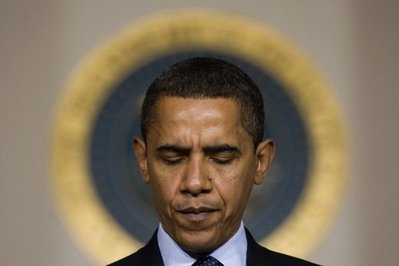 "This President," says Michelle Obama, "has brought us out of the dark and into the light" - Fox

"Do Mrs. Obama and her speechwriters really not understand how discordant this sounds to most Americans? The messianic bit was over the top in 2008, but now? Now, with unemployment up, employment down, the economy stagnant, the debt exploding, the “green jobs” program a fiasco, our foreign policy in disarray? Do they seriously not comprehend that many Americans, maybe most, recall the Bush administration more as a golden age than an era of darkness?" - PowerLine

"Obama remains ahead in his race with Romney—but just barely. So why are the president’s surrogates sounding so overconfident? Michael Tomasky on the perils of chutzpah." - Daily Beast

Posted at 06:43 AM in Newslinks | Permalink
Reblog