« Newslinks for Tuesday April 10: Democrat attacks against Romney begin on tax and religion | Main | Newslinks for Thursday April 12: Romney will have to work hard to convince conservatives to get enthusiastic »

READ OF THE DAY: Dick Morris warns about the taxes that Barack Obama will impose if he gets a second term - The Hill

"Rick Santorum suspended his campaign for the White House on Tuesday, clearing the way for former Massachusetts Gov. Mitt Romney to claim the Republican presidential nomination and end the primary season after three months and 37 contests." - Wall Street Journal

"Ultimately his lack of organization, executive prowess (needed to organize a national campaign) and inability to stay on a blue-collar economic message doomed him. He is eloquent but excessively combative. He is well read but condescending toward fellow Americans. He was ultimately his own worst enemy." - Jennifer Rubin in the Washington Post

"Santorum had a real shot of toppling the former Massachusetts governor. Yet, he couldn’t pull it off... when the spotlight was especially bright, he didn’t shine." - The Hill lists five reasons why Santorum fell short.

Liberals and others react to Santorum's exit

Santorum 2016? - No, Nate Silver thinks "the 2012 nomination campaign will prove to be the high-water mark of his political career". 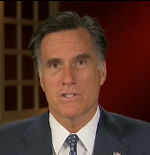 "Jesse Benton, national campaign chairman for Ron Paul, hailed Santorum for running "a spirited campaign" but then pivoted for his candidate. "Dr. Paul is now the last -- and real -- conservative alternative to Mitt Romney. We plan to continue running hard, secure delegates, and press the fight for limited, constitutional government in Tampa," Benton said." - USA Today

Romney can now turn to the general election...

...and he does: "Romney Turns Attention to Obama, Focusing on Women’s Job Losses" - New York Times 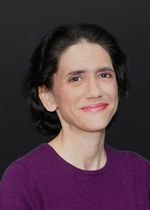 Jindal and Toomey back Romney - CBS

Jonathan Bernstein in the Washington Post still thinks he'll face big pressures to be conservative: "The truth is that Santorum and the nomination process only functioned, from Florida on, as a mechanism for forcing Romney to hew to Republican orthodoxy. That mechanism will be replaced, now, by more direct action and pressure on him by conservative party actors. Those actors will certainly ensure that Romney picks a trusted conservative as a running mate, and will police everything he says on every issue."

"As for the 11 states Romney lost to Santorum, for the most part they were either low-turnout caucus states or places such as Alabama, Mississippi, Missouri and North Dakota, where Republicans should win in November." - Carl Cannon for RCP

"As a volunteer lay pastor of his Mormon congregation, Romney spent years counseling neighbors on their marriages and adoptions, helping the unemployed feed their families, and ministering to the sick and the addicted. The lesser-known stories have surfaced occasionally in profiles of the former Massachusetts governor. But they have not blossomed into any kind of gentler portrait of Romney" - Washington Post

Campaigning in Florida, Obama pitched his plan to raise taxes on the wealthy as he seeks to more sharply define the coming general election debate - Wall Street Journal

"Obama urged the Senate to approve the Paying a Fair Share Act, which would require anyone earning at least $1 million a year to pay at least 30 percent of his income in taxes" - Washington Post

Ross Douthat: Obama's strategy may be very negative but it might easily work

"Whether in his slashing attack last week on the “radical vision” of the House Republican budget, his finger-wagging at the Supreme Court over health care reform, or his administration’s transparently calculated outrage over the supposed Republican “war on women,” the incumbent is building a case for re-election that rests almost exclusively on the evils of the opposition." - Ross Douthat in the New York Times

But at PowerLine John Hinderacker is more skeptical: "Obama’s re-election campaign faces two intractable problems: One, he has no record on which to run, a fact that the Democrats implicitly admit by fabricating one hysterical distraction after another. Two, he has no agenda for his second term."

USA has more than €urozone and UK combined 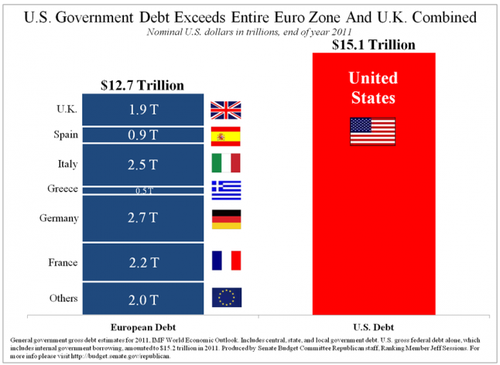 PowerLine: "The populations of the two entities are almost exactly the same, so the U.S. debt is larger on a per capita basis, too. Really, is it going too far to ask how an administration that put the U.S. in such a deep hole can have the temerity to seek re-election?"

And finally... Asked about what's next, Santorum simply told James Dobson: "I’d like to get some sleep." - MSNBC

Posted at 06:45 AM in Newslinks | Permalink
Reblog