Republicans have a message for Mitt Romney: it’s time to go positive.

"Prominent party leaders, unsettled by the frequently combative tone of Mr. Romney’s presidential campaign, are pressing the presumptive Republican nominee to leaven his harsh criticism of President Obama with an optimistic conservative vision that can inspire the party faithful, appeal to swing voters and set out a governing agenda should he win in November." - New York Times

“Mitt Romney has earned the Republican presidential nomination through hard-work, a strong organization, and disciplined message of restoring America after nearly four years of failed job-killing policies from President Obama and his administration. So today I join the many conservative Republicans across the nation in endorsing Mitt Romney for President and pledge to him, my constituents and the Republican Party that I will continue to work hard to help defeat President Obama. American jobs, economic stability and national security depend on electing a new president. Mitt’s vision and record of private sector success will put America back on the path of job creation, economic opportunity and limited government.” Quoted by the Washington Post.

Boehner calls 2012 election the most important of his lifetime - Fox

Distancing himself from some in the Tea Party, Marco Rubio takes hawkish view on foreign policy and middle ground position on immigration - The Hill

"Both as governor of Massachusetts and as a presidential candidate, Romney has supported a fence on the border, E-Verify to ensure that employees are legal and allowing state police to arrest illegal aliens. He is the rare Republican who recognizes that in-state tuition, driver's licenses and amnesty are magnets for more illegal immigration. These positions are totally at odds with Establishment Republicans who pander to the business lobby by supporting the cheap labor provided by illegal immigration, and then accuse Americans opposed to a slave labor class in America of racism. If this continues, America will become California and no Republican will ever be elected president again. Big business doesn't care and Establishment Republicans are too stupid to notice." - Fox 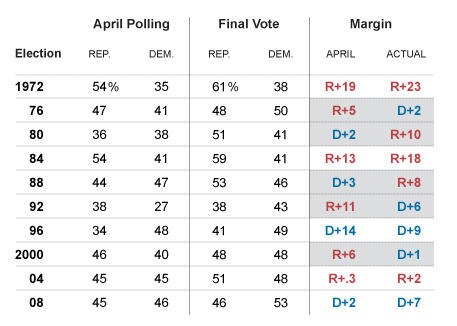 National Review previews how Team Obama will attack Romney: "President Obama’s first official campaign rallies will be held May 5th. And in a conference call with reporters tonight, his campaign manager Jim Messina and top strategist David Axelrod previewed how they planned to attack Mitt Romney. “Mitt Romney wants to go back to the future,” Messina said. “Mitt Romney’s economic scheme is familiar and trouble: more budget busting tax cuts for the wealthy, fewer rules for Wall street, the same formula that benefited a few, but that crashed our economy and punished the middle class.”"

Posted at 06:47 AM in Newslinks | Permalink
Reblog