« Newslinks for Thursday April 12: Romney will have to work hard to convince conservatives to get enthusiastic | Main | Newslinks for Monday April 16: Hillary Clinton comes under fire for dancing in a Colombian nightclub »

Newslinks for Friday Mar 13: Bad day for Democrats as they upset stay-at-home mums

"I made a choice to stay home and raise five boys. Believe me, it was hard work" - Wall Street Journal

"In her role as a paid pundit for CNN, Democratic lobbyist Hilary Rosen slammed Ann Romney’s role as Mitt Romney’s key emissary to women voters, embarrassing the White House and igniting a heated debate about therole of women and the value of work. Ms. Rosen questioned whether Ann Romney is qualified to channel women’s economic concerns to the former Massachusetts governor, because she is a wealthy woman who “never worked a day in her life,” and her husband “does not see women as equals.”" - Washington Wire

Democrats want to paint Romney as Don Draper, stuck in the 1950s 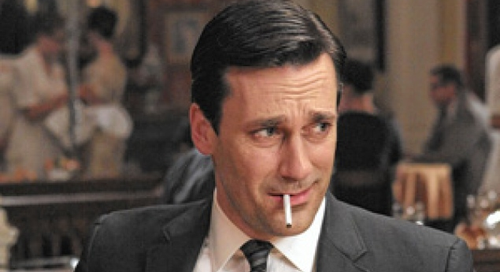 Democrats, despite the potential perils of such a strategy, remain determined to paint Romney as a throwback to the “Mad Men” era — a hopelessly retro figure who, on policy and in his personal life, is living in the past. President Barack Obama has noted the presumptive GOP nominee uses archaic turns of phrase such as “marvelous” and warned in an email to donors Thursday that his rival would usher in “a social agenda from the 1950s.” ...Even a Romney ally and prospective vice presidential choice, House Budget Committee Chairman Paul Ryan, managed to underscore the Democratic line of attack at a meeting with about two dozen editors and reporters in New York this week, saying: “He reminds me of a lot of people I grew up with, a lot of people I know, who have that Midwest earnestness. He’s kind of a throwback to the ’50s”" - Politico

Chris Christie willing to listen to VP offer if Romney makes it... but what else could he say? "Governor Chris Christie of New Jersey is open to being tapped as Mitt Romney’s running mate. At a town-hall meeting this afternoon, he played down his chances of being selected but expressed a willingness to “listen,” should Romney ask him to be on the ticket. “There is only one person in my party who gets to make that decision and that’s Governor Romney,” he said. “If Governor Romney comes to me and wants to talk about it, I’ll always listen.” - NRO

After Santorum's exit some evangelicals quickly endorse Romney, others are dragging their feet - New York Times

"Newt Gingrich laid into Fox News in a Delaware tea party meeting Wednesday, saying the network had been supporting former Massachusetts governor Mitt Romney all along and that CNN is “less biased” than Fox this cycle." - Washington Post

The New York Times reports Fox's reply: “This is nothing more than Newt auditioning for a windfall of a gig at CNN. That’s the kind of man he is. Not to mention, he’s still bitter over the termination of his contributor contract.”

For first time, majority of Republican voters say war in Afghanistan has not been worth fighting - Washington Post

"You can cram all the nongovernmental organizations you want into a country, but if there is no rule of law and if the ruling class is predatory then your achievements won’t add up to much" - David Brooks in the New York Times

Posted at 07:08 AM in Newslinks | Permalink
Reblog