Newslinks for Wednesday March 28: Speculation that ObamaCare will be declared unconstitutional 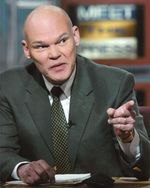 But The Daily Mail's Toby Harnden does not: "The most fundamental problem for the President is that if the heart of Obamacare is ruled unconstitutional then he will be left empty-handed after spending two years and virtually all his political capital on jamming through the bill without a single Republican vote."

"By telling Mr. Medvedev and his patron, the once-and-future Russian President Vladimir Putin, that he will have “flexibility” after the American election on Russian demands opposing a US missile defense for Europe, Mr. Obama is in effect saying he is ready to do something the Russians will like but that the American people won’t." - Karl Rove for Fox News

"In the delegate count, Gingrich trails badly, and he has gained few delegates in the most recent contests because of such a poor showing. His scaled-back primary schedule comes as Rick Santorum tries to close a yawning delegate gap with Romney and narrow the race to a two-man contest, even as the former Massachusetts governor racks up endorsements and seems to be on his way to becoming the nominee." - Washington Post

Collected by The Washington Times.

Criteria for picking a VP candidate

"The first rule of picking a vice president is that he or she should do no harm — a criterion that may have increased in importance since John McCain picked Ms. Palin in 2008. There are four ways that a vice-presidential nominee could potentially hurt the ticket: by being unready, undisciplined, unvetted or unpopular. Governors are probably worse than senators by a couple of these measures." - Nate Silver Congress gave final approval to a popular, but controversial, bill that aims to make it easier for small businesses to access investment capital - LA Times

"Now is the time for all good tea partiers to come to the aid of Wisconsin. Fiscally conservative leaders in the Badger State are under coordinated siege from Big Labor, the White House, the liberal media, and the judiciary" - Michelle Malkin for NRO

"President Obama’s budget cuts defense by $487 billion over the next ten years. Furthermore, the president has not led an effort to avoid an additional $500 billion of cuts under the so-called “sequestration,” which will likely result in what Obama’s secretary of defense predicts will be “smallest ground force since 1940, the smallest number of ships since 1915, and the smallest Air Force in its history.” - The Weekly Standard 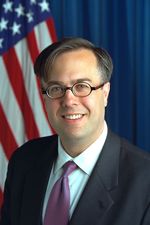 "Candidates such as Michele Bachmann and Rick Perry have practiced a kind of identity politics, urging evangelicals to support one of their own. Then they reduced the evangelical tradition to a pathetic caricature, defined by support for school prayer or (in Bachmann’s case) conspiratorial opposition to vaccines. Their view of Christian social ethics is strangely identical to the most uncompromising anti-government ideology — involving the systematic subordination of a rich tradition of social justice to a narrow and predictable political agenda. It is difficult to imagine Bachmann or Perry in the same political universe as evangelical abolitionists and social reformers William Wilberforce and Lord Shaftesbury." - Mike Gerson in the Washington Post

Posted at 07:16 AM in Newslinks | Permalink
Reblog