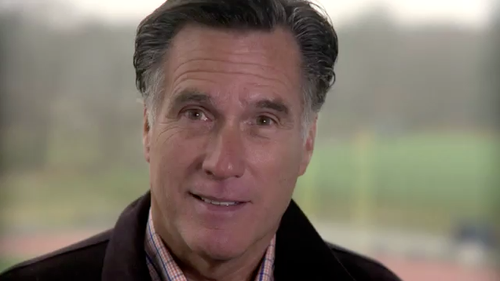 "Romney has a 14-point national lead over Rick Santorum and is approaching the halfway mark in delegates needed to secure the nomination. Before this week, Romney's high point in support was 38%. He first reached that mark Feb. 29-March 4 after winning the Arizona and Michigan primaries." - USA Today

"In Green Bay Saturday night, even as he thanked the voters of Louisiana, he took another shot at Romney on the issue of conservatism, noting that in Romney's damage-control remarks during the Etch-A-Sketch flap, Romney said, "I'm running as a conservative Republican."  Romney's words were revealing, Santorum suggested.  "I'm not running as a conservative candidate for president," Santorum said.  "I am the conservative candidate for president."  And with another win, whatever the steep hill of improbability, Santorum intends to keep at it." - Washington Examiner 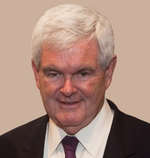 "House Republican leaders will unveil a broad election year platform this week designed to pull off a political trifecta:

In private meetings set to begin on Tuesday with restless Republican lawmakers, leaders will outline a “strategic plan” to take the House GOP through Election Day, with items ranging from rewriting the corporate and individual Tax Code to overhauling federal regulations to changing U.S. energy policy." - Politico

And some hope for the GOP... History shows, writes Michael Medved, that whenever once-elected presidents seek a second chance, more often than not the people say no - Daily Beast

"College graduates composed 28% of the electorate in 1980, 44% of the electorate in 2008, and are projected to compose a majority of American voters by 2016. Yet the Republican Party's well-credentialed candidates are increasingly pandering to the uneducated, forgetting that their own success, and that of all Americans, starts with a good education." - David Frum

"The transplantation is the latest chapter in the semi-public chronicling of Cheney’s life with coronary heart disease, the leading cause of death in the United States for more than half a century. Much of his story — he had his first heart attack in 1978 at the age of 37 — has traced the leading edge of cardiac care." - Washington Post

Looking back on Supreme Court interventions in election years - CNN

Posted at 06:50 AM in Newslinks | Permalink
Reblog