Jeb Bush endorses Romney and calls for an end to the primaries...

"Mr. Bush is the latest influential Republican leader to urge the party to rally behind Mr. Romney. Several other leading voices in the party are expected to follow suit in the coming days, aides to Mr. Romney said, in an effort to build a movement to gently urge the three remaining candidates to not block Mr. Romney’s path to the nomination. “Now is the time for Republicans to unite behind Governor Romney and take our message of fiscal conservatism and job creation to all voters this fall,” Mr. Bush said in a statement announcing his endorsement." - New York Times

...but a Romney aide manages to ruin the candidate's good day by suggesting Romney won't campaign as a conservative in November "Eric Fehrnstrom, Romney's senior campaign adviser, was asked in a CNN interview Wednesday morning whether the former Massachusetts governor had been forced to adopt conservative positions in the rugged race that could hurt his standing with moderates in November's general election. "I think you hit a reset button for the fall campaign. Everything changes," Fehrnstrom responded. "It's almost like an Etch A Sketch. You can kind of shake it up, and we start all over again."" - CNN

Santorum and Gingrich seize on the remark

"Newt Gingrich and Rick Santorum shared a mind meld Wednesday when they pulled out toy Etch A Sketches minutes apart from each other at campaign stops located on opposite sides of Louisiana. The toy props were used to mock Mitt Romney for comments made by his top spokesman Eric Fehrnstrom" - Fox News

Romney: It was Bush, not Obama, who averted second Depression - LA Times

"Romney can’t ignore the remaining contests, and he has to perform as expected or better. Yet what truly matters now is how Romney finishes out a tough season and prepares to push the re-set button at his convention. Will he limp or soar into Tampa? Republicans are tired of watching an unscathed Obama while GOP fratricide grabs the headlines, but that part of the process may be coming to a close." - Larry Sabato The eight races that will decide the Senate

"The House Budget Committee approved Chairman Paul Ryan's 2013 budget resolution on Wednesday night by a close vote of 19 to 18." - The Hill 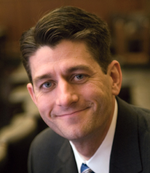 "The Paul Ryan budget was a political disaster last year for Republicans. This year the GOP had a much more methodical, careful rollout. The party polled on Medicare in 50 battleground districts. It vetted the plan with a dozen conservative groups. It reached out to rank-and-file lawmakers and asked them what they needed to support the sweeping conservative spending plan. Ryan briefed the Republican presidential candidates and won a quick public endorsement of the plan from Mitt Romney." - Politico

...and how Republicans will market the Ryan Plan

"[P]erhaps most important, the GOP learned how to use the right poll-tested words. On the day before the budget rollout, top Republicans gathered in Speaker John Boehner’s smoky Capitol conference room with National Republican Congressional Committee officials and went over key phrases. Call the Medicare reform “bipartisan,” they were told. Frame it as helping to “fix Medicare and keep it from going bankrupt.” Be sure to point out that Americans 55 or older would not be affected. And say it gives seniors the choice of “staying in the current Medicare system or using the new one.”" - Politico

"With less than two weeks before federal money runs out for transportation projects across the country, a partisan showdown is developing between Senate Democrats and House Republicans over passing a new bill. The standoff, based on sharply differing views about the overall expense of the bill and how to pay for it, jeopardizes thousands of road and bridge construction projects." - CNN

"The White House has launched a concerted effort to turn political weakness into strength on two critical election-year issues that have become big vulnerabilities for President Obama: rising gas prices and the controversial health-care law. At the heart of Obama’s strategy are attempts to dispel Republican claims that his policies have helped drive up the cost of gas, and to improve public opinion of the health-care law, which has been a source of GOP derision for two years."  - Washington Post

And finally... Rick Santorum's campaign is a boon to the sweater vest industry

"The presidential hopeful’s campaign spent nearly $100,000 in February to buy sweater vests from Bemidji Woolen Mills in Bemidji, Minn., according to campaign finance reports released Tuesday... The vests go to donors who give $100 or more. “Perfect for demonstrating solidarity with true conservatives, this vest is a great way to show your support for Rick,” the campaign website says. “Don’t let sleeves slow you down — donate today!”" - Politico

Posted at 08:01 AM in Newslinks | Permalink
Reblog