"Someone tweeted last night, quoting Churchill, that nothing is so exhilarating as being shot at with consequence. For now, Mitt Romney is experiencing the thrill of a bullet having barely missed." - Rich Lowry for Fox

"Exit polls showed that 54% of Michigan voters judged the economy the most important issue in the race. Of those, 45% chose Mr. Romney, compared with 29% for Mr. Santorum. Far down the list of issues important to voters was abortion. Only 14% considered abortion to be the overriding issue." - WSJ

"Romney was far better organized and financed and able to sell himself as the candidate with the experience and skills needed to turn around the slumping economy." - Washington Examiner

Jennifer Rubin notes that Romney is moving from leading on his biography to a more economics-focused message. 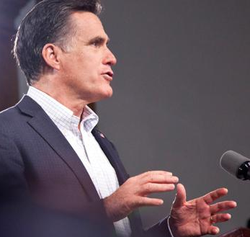 What does it mean for Romney? 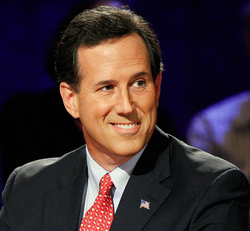 What does it mean for Santorum?

"Romney faces a two-front war next week on Super Tuesday with its seven primaries and three caucuses. Santorum will concentrate on beating Romney in Ohio, a pivotal state, while Newt Gingrich is angling to win in Georgia and Tennessee.  Romney can count on winning in Idaho, Massachusetts, Vermont, and Virginia. A win in Ohio would all but finish off Santorum, who has opened up a strong lead in polls. But dramatic victories in one week’s contest tend to influence the next week’s. So Romney may quickly close Santorum’s lead in Ohio and may even get a boost against Gingrich in the Southern states." - Fred Barnes for the Weekly Standard

Mitt managed to win in Michigan after a hellish week on the campaign trail. Good for him. But daunting obstacles—like Ohio and Georgia—remain in his path - Daily Beast

Obama used a speech at the United Auto Workers conference for a wide ranging attack on the candidates vying for the Republican nomination to oppose him, bashing their views on the auto bailout, organized labor and values - Politico 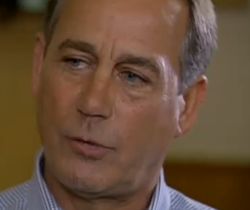 "Foreign assistance programs that vaccinate children against polio, engage at-risk youth in Central America, give young girls in Afghanistan the opportunity to go to school, or provide HIV/AIDS treatments to millions in sub-Saharan Africa do more than just ease suffering and increase opportunity around the world. They also promote core U.S. national security interests by stabilizing regions that could otherwise become incubators for radicalism." - John Kerry for the Wall Street Journal

Posted at 07:06 AM in Newslinks | Permalink
Reblog