Newslinks for Tuesday Feb 7: To compete with Republican fundraising, Obama reverses his opposition to SuperPACs 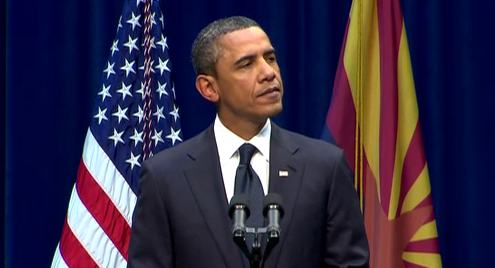 "President Obama is signaling to wealthy Democratic donors that he wants them to start contributing to an outside group supporting his re-election, reversing a long-held position as he confronts a deep financial disadvantage on a vital front in the campaign. Aides said the president had signed off on a plan to dispatch cabinet officials, senior advisers at the White House and top campaign staff members to deliver speeches on behalf of Mr. Obama at fund-raising events for Priorities USA Action, the leading Democratic “super PAC”" - New York Times

...and Obama hands back money linked to fraudsters

"Two American brothers of a Mexican casino magnate who fled drug and fraud charges in the United States and has been seeking a pardon enabling him to return have emerged as major fund-raisers and donors for President Obama’s re-election campaign." - New York Times

"Rick Santorum could be headed for a big day in today's contests in Colorado, Minnesota, and Missouri. Missouri looks like a probable win for Santorum. He's at 45% there to 32% for Mitt Romney and 19% for Paul. Minnesota provides an opportunity for a win as well. Currently he has a small advantage with 33% to 24% for Romney, 22% for Newt Gingrich, and 20% for Ron Paul. And Santorum should get a second place finish in Colorado, where Romney appears to be the likely winner. The standings there are Romney at 37%, Santorum at 27%, Gingrich at 21%, and Paul at 13%." - Public Policy Polling

Byron York: If Santorum wins both states, the race will be turned on its head again - Washington Examiner 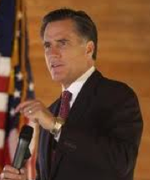 "The Romney campaign responded Monday by putting former Minnesota Gov. Tim Pawlenty on a conference call with reporters to criticize what he called Santorum's legislative history of supporting spending earmarks and increasing the federal debt ceiling. "He has been part of the big spending establishment in Congress and in the influence peddling," Pawlenty said of Santorum." - CNN

"The backlash from the church was swift and could endanger Mr. Obama’s prospects among Catholic voters, a rift Mr. Romney aimed to widen Monday evening. “Think what that does to people in faiths that do not share those views; this is a violation of conscience,” he said. “We must have a president who is willing to protect America’s first right, our right to worship God according to the dictates of our own conscience.”" - WSJ

David Brooks: The Obama administration's decision to force religious groups to provide for abortion and contraceptives teaches the faithful to distrust government 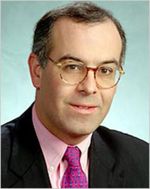 "The administration’s policies on school vouchers and religious service providers are demoralizing because they weaken this ecology by reducing its diversity. By ending vouchers, the administration reduced the social intercourse between neighborhoods. By coercing the religious charities, it is teaching the faithful to distrust government, to segregate themselves from bureaucratic overreach, to pull inward." - David Brooks in the New York Times

Where has combative Newt gone? In Colorado, he goes heavy on policy and pulls his punches

"Gone were the jabs at the GOP front-runner’s wealth and Cayman Islands bank account. While Mr. Gingrich again brought up Mr. Romney’s remark last week that he is “not concerned” about the very poor because they have a safety net, he did so late in his remarks and stuck mostly to policy." - WSJ

By 19 points, independents support the repeal of Obamacare - Weekly Standard

"In 2010, Congress temporarily exempted capital gains taxes on the sale of certain small-business stock held for at least five years. The Startup Act will make this exemption permanent ... To further encourage business development, our plan also reduces the corporate income tax on certain new businesses during the first three taxable years of profit ... Our bill requires all government agencies to conduct a cost-benefit analysis of all proposed new regulations with an economic impact of $100 million or more." - The two Senators write for the Wall Street Journal today 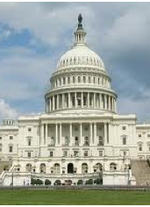 "The frustration is felt mostly among junior lawmakers, who want more of a role in decision-making and have yet to resign themselves to the traditional pace of the Senate, where seniority rules and lawmakers often have to wait years to have significant influence. They say Reid’s style leaves them feeling out of the loop." - The Hill