Newslinks for Tuesday Feb 28: Romney pivots from social message, back to economy

VIDEO: Romney ad questions whether Santorum really is a conservative with "courage" 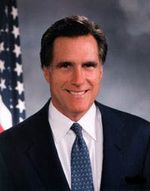 "Romney is dropping his recent focus on social issues and returning to his core message on the economy. After two weeks of talking about abortion, religious liberty and gay marriage to appeal to recalcitrant GOP conservatives ahead of Tuesday’s Michigan and Arizona primaries, Romney is signaling that he will leave those hot-button subjects to to the rival campaign of Rick Santorum in the upcoming states." - Washington Post 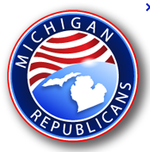 Polls split on how Romney, Santorum perform against Obama in swing states, with voters - Weekly Standard

"“It’s a huge distraction not just for me, but the legislature. It’s $9 million of taxpayer money just to run this,” said Walker on MSNBC’s “Morning Joe.” “Think about the number of kids, think of the number of seniors we could help in our state with $9 million we didn’t have to waste on this frivolous recall election.” - Politico

Warren Buffett shot back at Christie Christie in a CNBC interview today, after the New Jersey governor told CNN's Piers Morgan last week that Buffett should "write a check and shut up" because he's "tired" of hearing the billionaire investor talk about how he's not paying enough in taxes - USA Today 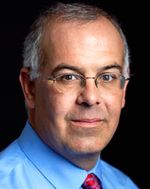 David Brooks: The Republican establishment has failed to confront the party's extremists

"Where have these party leaders been over the past five years, when all the forces that distort the G.O.P. were metastasizing? Where were they during the rise of Sarah Palin and Glenn Beck? Where were they when Arizona passed its beyond-the-fringe immigration law? Where were they in the summer of 2011 when the House Republicans rejected even the possibility of budget compromise? They were lying low, hoping the unpleasantness would pass." - David Brooks in the New York Times

A BBC documentary on the Republican Party...

"The American primaries - Justin Webb explores what they reveal about the state of the right in the US. Is the Republican party really split? Has a radical wing taken over? What does the American right offer in the post financial crisis world - that might enthuse Americans and perhaps the rest of us too? And is the party ready to lead again?" Access via this page.

The number of Americans who say they strongly approve of Obama has been creeping up, but that group has not exceeded 30% in more than a year - PowerLine

Jennifer Granholm's message to Republicans: "The version of Republicanism you are offering is a gift to Democrats looking for recruits. The anti-gay, anti-woman, anti-immigrant, anti-Latino, anti-Muslim, anti-Europe (particularly the French and the Greeks), anti-labor, anti-poor, anti-99 percent and now anti-college graduate rhetoric enables us to eagerly welcome your castoffs into the Democratic Party — where inclusivity is celebrated and their contributions are welcome." - Politico

"59% of moderate Republicans support gay unions; 63% of independents do. Those voters might be sympathetic to a candidate who opposes civil unions, but they will be strongly against someone who tells them their position on the issue makes them part of the country’s moral collapse." - TIME

"The overthrow of the Assad regime will not automatically end the country’s civil war. More likely, that will reverse the dynamic, with Alawites and other rebels next fighting a Sunni Islamist regime" - Daniel Pipes for NRO

Why is school prayer only allowed during tragedies? - Todd Starnes for Fox