« All the best reactions and commentary on Romney's New Hampshire victory | Main | Newslinks for Friday Jan 13: Romney responds to attacks on his business record »

With nothing to lose, candidates go on the attack against Mitt Romney in South Carolina

"The Republican challengers to Mitt Romney descended on South Carolina on Wednesday sharply divided and deeply uncertain about how to stop the front-runner’s march to the GOP presidential nomination. Former House speaker Newt Gingrich (Ga.) led the attacks with a tough ad that began airing Wednesday detailing Romney’s past support for abortion rights. After Romney’s victory in New Hampshire on Tuesday, attention turned to South Carolina, which will hold its primary on Jan. 21." - Washington Post

But business-friendly South Carolina may not take kindly to attacks on Romney's career... 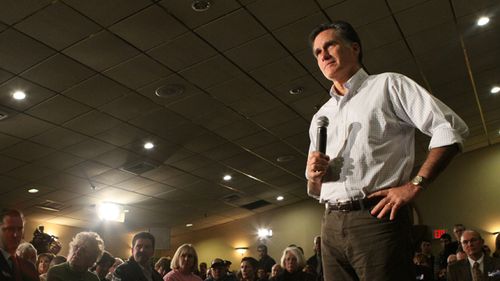 "The state's unemployment rate hasn't been below 9 percent in three years and a third of its manufacturing jobs have disappeared in the last decade. But from South Carolina's urban centers to its old mill villages, many workers still view their employers paternalistically, even when their bosses' decisions hurt them. And that may blunt the criticism that Romney is a greedy fat cat who squashes employees while lining his own pockets." - AP

...And Romney hits back

"Romney said he's unconcerned the criticism will taint his presidential bid. "It's been brought up every time I've run," Romney said, adding that Democrats are trying to put "free enterprise on trial. But, you know, Rick Perry and Newt Gingrich are going to be the witnesses for the prosecution. I'm not worried about that. They can take it as they like," he said. "You saw last night that approach didn't work very well for (them). And so we'll take it to the next level."" - CNN 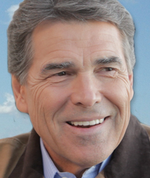 "Mr. Perry seems to have found in South Carolina a place where he can connect with some crowds, with stump speeches, sometimes before a hundred people, that preach reverence for Jesus Christ and for the military. He appears looser and more confident than he has been for some time, perhaps since the days when he was considered a front-runner, which ended with his string of poor debate performances." - New York Times | WSJ ($)

A look at how South Carolina's political character influences its primaries

Due to mistrust of Romney, Tea Partiers increasingly see the Senate elections as the most important race in 2012

"[T]hey hope to get a few of their candidates into the Senate to serve as a "bulwark" against him or President Barack Obama. "Conservatives in Nebraska are very concerned about Romney and disappointed that he may be the nominee," said John Arnold of the Lincoln Tea Party. "So the Senate has become much more important."" - Reuters

Rand Paul: Ron's son is the next great hope for the libertarian faction of the GOP

"Rand is universally known, in Paul world, by his first name alone, which he and his father insist isn’t derived from that of the libertarian philosopher Ayn Rand. He’s quiet but confrontational, a man whose problems with authority are serious enough that he once led a renegade group of opthalmologists against the profession’s main medical association. He was widely dismissed in his 2010 Senate campaign... he mowed down both Senate Majority Leader Mitch McConnell’s primary choice and a strong Democrat in November." - BuzzFeed

"“We need to make sure that we tone things down, particularly in light of the Tucson tragedy from a year ago,” Wasserman Schultz said... the chairwoman said that discourse in Congress and in the nation had changed. “I hesitate to place blame, but I have noticed it take a very precipitous turn towards edginess and a lack of civility with the growth of the Tea Party movement.”" - The Hill