Video: In first campaign video, Gingrich promises to "rebuild the America we love"

Video: Vote for Big Dog Ron Paul, not the Shih Tzu politicians who are all bark

"Mitt Romney specifically endorsed extending a payroll tax cut for another year on Monday, the same day President Obama assailed Republicans in Congress for opposing such a measure." - MSNBC

More at The Hill.

"Newt Gingrich criticizes House Democratic leader Nancy Pelosi, saying she would risk a violation of House rules if she divulges information she learned while serving on the panel that investigated him in the mid-1990s." - USA Today

Newt Gingrich recently described his 2008 appearance in a 30-second ad with then-Speaker Nancy Pelosi as “the dumbest single thing I’ve done.” - FrumForum isn't so sure.

...but 79% see Gingrich's marital history as a reason to oppose his candidacy - Washington Post 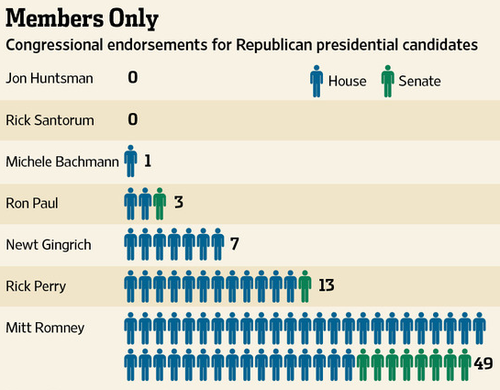 Gingrich outlines differences between him and Romney - NRO 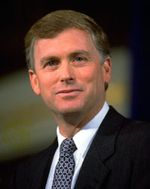 Jonah Goldberg: This race could last a long time

"The rules this year are different. Many states won't be winner-take-all. Finishing in second place doesn't earn you a set of steak knives; it wins you delegates. That means there's still plenty of time for Romney to grow on people or for Gingrich to stumble again or for some other candidate to rise. This could go on for a while." - Jonah Goldberg at USA Today

Marc Thiessen on the Romney ceiling

"Gingrich is likely to have staying power that Perry and Cain did not enjoy for one simple reason: His conservative supporters have nowhere else to go. While Romney succeeded in bringing down his surging opponents, he failed to win over virtually any of their defecting supporters. His RealClearPolitics polling average now stands at 20.4 percent, and since entering the race he has rarely exceeded 25 percent in any poll. It seems that no matter what happens with the rest of the field, three-quarters of the GOP electorate wants someone — anyone — but Romney." - Marc Thiessen for the Washington Post

Arnold Schwarzenegger urged Republicans running for president to do more to encourage investment in renewable energy, and pledged to be a "cheerleader" for the issue - LA Times

"Republican George Allen, who prides himself in being a strong conservative, is facing fierce opposition from Tea Party activists who are actively pushing alternative candidates in the race for Virginia's open U.S. Senate seat. Allen has even drawn the dreaded "RINO" label -- Republican in Name Only -- from groups intent on toppling the frontrunner before the GOP primary in June. Last week, the Virginia Tea Party Patriots launched a campaign that paints Allen as a high-spending, Bush-era conservative, and promised to share that message with Republican voters in the coming months." - Washington Examiner

ObamaCare may not be as unpopular as some think - Economist 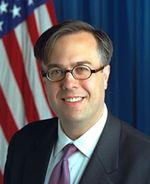 "Obama should be more vulnerable. Health-care reform, his signature presidential achievement, is durably unpopular. Economic growth under Obama has only slightly exceeded the average of the 1930s. Chronic unemployment and housing-market declines are at their worst levels since the Great Depression. The number of people in poverty has increased at a record rate. Federal spending and debt are at their highest share of the economy since World War II. America’s credit rating has been downgraded for the first time in our history." - Mike Gerson in the Washington Post

But at Fox Sean Trende writes: "Obama's reward for killing America’s public enemy No. 1? An approval that peaked at 52.6 percent... This suggests a ceiling for the Obama that is perilously close to the minimum a president needs in order to be re-elected. As Jay Cost has noted, presidents rarely receive the votes of more than a small percentage of voters who disapprove of the job they are doing."