"The United States officially ended its eight-and-a-half year military campaign in Iraq Thursday, as the flag of the command was lowered in Baghdad. Defense Secretary Leon Panetta arrived in Baghdad earlier Thursday morning for the ceremony. ... The flag of the command was lowered, rolled, and placed in a case during the ceremony. That marked the official end of the mission that began with the United States-led invasion of Iraq in March 2003, aimed at toppling Saddam Hussein." - CNN

"Mitt Romney went for the diamond ring in an interview with Sean Hannity on his radio show... saying that he was surprised Newt Gingrich mocked his $10,000 bet line on the campaign trail "given a $500,000 bill at Tiffany's,"... In an interview with CBS News's Jan Crawford today, he expanded on that theme: "Newt Gingrich has wealth from having worked in government. He's a wealthy man, a very wealthy man. If you have a half a million dollar purchase from Tiffany's, you're not a middle-class American."" - Politico

"[T]he leitmotif of the Republican race so far has been the search for the "anti-Romney." ... They have been searching for a candidate who shared their conservative principles, who had strength of character, and who, above all, could beat Barack Obama. We believe this candidate has been hiding in plain sight. Mitt Romney is not "too perfect," as some political analysts have argued, but he is perfect enough." - Washington Examiner editorial

"Mr. Gingrich is warning of a protracted ideological struggle — and perhaps military intervention in Iran — as part of a battle of ideas in the Muslim world. The United States is “about where we were in 1946” up against the Soviet Union, he said recently. ... Mr. Gingrich defended himself as willing to speak the unvarnished truth about the enemies of American values, and he invoked the precedent of Ronald Reagan, “who went around his entire national security apparatus,” to call the Soviet Union bluntly an “evil empire.”" - New York Times 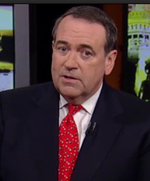 "Television show host and former Arkansas Gov. Mike Huckabee praised the four presidential candidates who made it a "priority" to attend the premiere of his anti-abortion film in Iowa. Before "The Gift of Life" documentary, Minnesota Rep. Michele Bachmann, former House Speaker Newt Gingrich, Texas Gov. Rick Perry, and former Pennsylvania Sen. Rick Santorum delivered seven-minute speeches on their anti-abortion agendas. ... The audience erupted with applause when Gingrich said he would, among other things, bring back the so-called "right to conscience" policy issued under President George W. Bush." - CNN

Karl Rove: The large number of debates have made this the least predictable race in decades - WSJ ($)

"Sen. Marco Rubio of Florida tops a list of potential GOP running mates in a national survey by Fairleigh Dickinson University in New Jersey. He edges out Rep. Michele Bachmann, who is waging her own fight to become the party's standard bearer, on the VP list." - USA Today

"A group of House Republicans issued a challenge to President Obama today: Use public funds for your 2012 re-election campaign or quit opposing GOP efforts to end the program. ... Earlier this month, the GOP-controlled House voted to end the program, funded by a $3 checkoff on federal income-tax forms.  ... The Obama administration has voiced strong opposition to the provision, saying killing the program would expand "the power of corporations and special interests in the nation's elections."" - USA Today 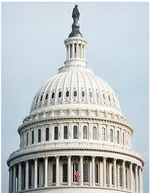 "With a partial government shutdown looming, Republicans late Wednesday introduced a separate, House-bill version of a stalled Senate-House conference report containing almost $1 trillion worth of fiscal year 2012 spending bills. Even before the filing, the White House signaled opposition to the GOP gambit. ... The maneuver is a response to Senate Majority Leader Harry Reid’s, D-Nev., strategy in conjunction with President Obama... to force Republicans to negotiate on a separate package to extend a payroll tax break and jobless benefits." - National Journal

"In the first sign of progress in days of stalemate over the payroll tax extension and a government funding bill, House Speaker John Boehner, Senate Majority Leader Harry Reid and Senate Minority Leader Mitch McConnell met privately for about an hour in the Capitol Wednesday night. ... The development came amid news that Senate Democrats will offer a new proposal for extending the payroll tax cut that drops a provision to tax income over $1 million" - CNN

"Under our plan, Americans currently over the age of 55 would see no changes to the Medicare system. For future retirees, starting in 2022, our plan would introduce a "premium support" system that would empower Medicare beneficiaries to choose either a traditional Medicare plan or a Medicare-approved private plan. ... By giving seniors the power to choose among competing plans, our plan would add a level of cost control, customization and quality to the health security of older Americans that today's Medicare is not in a position to achieve." - Paul Ryan and Ron Wyden for the WSJ ($)