Ryan Streeter on The Republican: Paul Ryan today at Heritage: Conservatives are all about upward mobility

"Mr. Perry's plan would offer taxpayers a choice. They could file under the existing system, with its individual tax rates as high as 35% and numerous deductions and credits. Or, they could pay his new 20% rate, which he described as a flat tax." - WSJ

"Mr. Perry joins Newt Gingrich, who has proposed a 15% optional flat tax; Jon Huntsman, whose reform proposal would cut the top individual rate to 23%; and Herman Cain and his now famous 9-9-9 plan. House Republicans included a reform with a 25% top rate in their budget earlier this year." - WSJ editorial

"Perry said he would balance the federal budget by 2020 and cap government spending at 18% of gross domestic product. That would require cutting up to $1 trillion from the annual budget." - USA Today

"“Rick Perry’s flat tax is pretty cool,” Grover Norquist told TIME on Tuesday morning. “What Perry did is taking current structure and crunches down into a parallel structure. And if you want to shift over to new one, you can. If there’s some secret problem that emerges, you don’t have to do it. Everyone can feel safe as they build this alternative structure because you don’t have to go into the building until you’re sure it’s safe.”" - TIME

"Will run-of-the-mill conservative like the plan? My guess is they won't as soon Mr Perry's opponents make it clear that the proposal actually promises a confusing complexification of the tax system, offers huge tax cuts to the rich, all while threatening to deepen America's already perilous level of indebtedness." - Economist

"I think the most important thing about this proposal is actually its entitlement reforms—and especially the fact that Perry has endorsed a premium-support reform of Medicare, which is an absolutely essential reform if we are to have any chance of getting our long-term government finances in order." - Yuval Levin for NRO

"When I originally promoted The Case Against Barack Obama in 2008, I was advised never to be afraid about calling crazy "crazy" to its face. I have to say, when you're on a call-in radio show talking about Obama, and a caller starts spouting nonsense about how Obama is a Musllim from Kenya, it's quite tempting to pander to the crowd. But if you do, you lose all of your credibility. So I promised from the start never to beat around the bush with birthers. I was just selling a book. Rick Perry is running to lead the free world. For someone in his position to keep this alive is simply disgraceful. I think it is even more serious than President Obama's pandering to the Occupy protestors. I'm sure there will be some parsing of Perry's words, but I don't see at the moment how this isn't disqualifying for the presidency." - David Freddoso for the Washington Examiner

"The Texas governor brushed aside suggestions there was real animosity between himself and Mr. Romeny, suggesting instead that he doubts his rival's sincerity on traditional values issues, asking rhetorically: “How do you change -- at the age of 50 or 60 -- positions on life, positions on guns, positions on traditional marriage?”" - Washington Times

There is nobody to his left. He has lots of money. Votes from the "Mormon corridor" - Jay Cost for the Weekly Standard

"Not only do 89 percent of Americans say they distrust government to do the right thing, but 74 percent say the country is on the wrong track and 84 percent disapprove of Congress — warnings for Democrats and Republicans alike." - New York Times

Margaret Carlson at Bloomberg argues that Biden "is about as good as vice presidents get"... 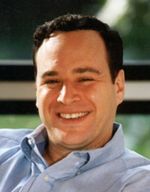 ...but David Frum has a very different view: " if we’re already thinking about the Democratic succession, here’s a question: why is Joe Biden even allowed to remain on the 2012 ticket? Wouldn’t President Obama do himself, his party, and the country some good by replacing Biden with a candidate who could be credible in 2016?"

Cheney: Obama threatens military gains by pulling out of Iraq too soon - The Hill

The Economist quotes Bachmann's reaction: "The United States needed a working democratic partnership in Iraq and we should have demanded that Iraq repay the full cost of liberating them given their rich oil revenues. I call on the president to return to the negotiating table with Iraq and lead from the front and not from weakness in Iraq and in the world."

The defense budget and Libya

"Moammar Gadhafi was killed last week by Libyan rebel forces on the ground, but his regime would never have met its end if not for the Western air power that targeted his troops from the skies. As Washington considers slashing $500 billion from the defense budget over the next decade, the lessons of Libya should give pause to anyone whose plans will reduce the U.S. military's ability to control the air." - Michael Auslin in the Wall Street Journal

After the Obama campaign’s skillful use of social media in 2008, House Republicans have adopted Twitter as their karaoke microphone against the White House bullhorn - New York Times 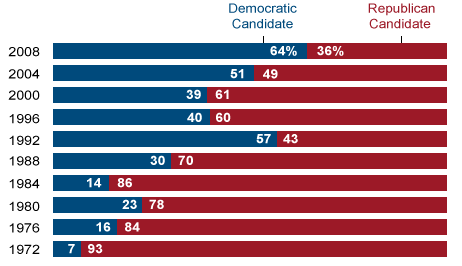 And finally... The Daily Beast compiles the craziest campaign ads.