Ryan Streeter on The Republican: On issue after issue, Obama is as vulnerable as he has been - but will the GOP be able to capitalize?

“Cain has surged 13 percentage points since the first Iowa Poll of the caucus cycle, conducted in late June. His rise has come despite spending little time in Iowa recently, campaigning here just once since the Aug. 13 Iowa straw poll, where he placed fifth.” - Des Moines Register | LA Times

Up from the ashes: Newt Gingrich mounting an unexpected comeback

“There are signs that Republicans are giving Gingrich another look. Fundraising has picked up after his strong debate performances and amid the continued frostiness that many activist Republicans feel toward presumed front-runner Mitt Romney, the former Massachusetts governor.” - Washington Post

A new era in political fundraising: Conservative groups eclipse the GOP as the center of activism in Republican politics

“[Groups such as] the Karl Rove-founded American Crossroads, the Republican Governors Association, the American Action Network and Americans for Prosperity…have begun conversations about how to divide up the swing states where each group is likely to focus its energies, with some like Americans for Prosperity expecting to shift chiefly to Senate races and the White House. Others, like the new Congressional Leadership Fund, will look to preserve the Republican hold on the House.” - New York Times

“The House GOP says they have passed more than 15 economic bills that aren't being considered by the Senate and they question the efforts by the White House to move forward without their input. On Thursday, Speaker John Boehner (R-Ohio) said he had ‘great concerns’ that Obama was overstepping his constitutional authority by single-handedly enacting jobs programs.” - The Hill

Mitt Romney giving some conservatives heartburn over his advisory picks…

“The Republican right cringes at some of the high-profile people Romney is leaning on for donations and advice, including three former Bush-era officials whose recent records include lobbying for Solyndra and advocating on behalf of cap-and-trade legislation and carbon taxes.” - Politico

…and giving Obama heartburn, too: The President is losing the fundraising battle in swing states to Romney

"Though he’s raised almost three times as much as Mitt Romney—the former governor of Massachusetts has brought in $32 million—the president is trailing his GOP rival in a handful of battleground states. In both Florida and Nevada, Romney nearly doubled the president’s haul, despite a crowded field of Republican candidates who are also vacuuming up donations. And Romney, of course, doesn’t enjoy the power of incumbency.” - The Daily Beast

Lindsey Graham puts the spotlight back on national security

“Sen. Lindsey Graham is on a mission to convince Republican presidential hopefuls to stop ignoring national security, traditionally a key issue in the South Carolina primary but one that is likely to be eclipsed by the economy this time around.” - Roll Call ($) 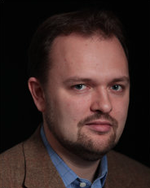 “Our entitlement system, meanwhile, is designed to redistribute wealth. But this redistribution doesn’t go from the idle rich to the working poor; it goes from young to old, working-age savings to retiree consumption, middle-class parents to empty-nest seniors… The story of the last three decades is…a liberalism that has often defended the interests of narrow constituencies — public-employee unions, affluent seniors, the education bureaucracy — rather than the broader middle class.” - Ross Douthat in the New York Times

Technocrat Romney and Preacher Perry spend the weekend in N.H. after a bruising week

“The Romney and Perry [N.H.] appearances came at the end of a difficult week for both. Romney was again accused of changing or hedging his positions on climate change and Ohio’s collective-bargaining referendum… Perry unveiled an economic plan last Tuesday but stepped on that message by wading unexpectedly into the issue of whether President Obama was born in the United States.” -  Washington Post

Millionaires to the rescue: Obama says the rich are ready to do their part to save the economy - NY Daily News 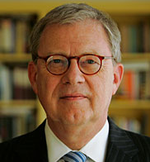 “Obama seemed to think that the replacement of an uncouth Texan by a nuanced black American would convert determined enemies of the United States -- a supposition that is one of those irritable mental gestures that pass for thought in the faculty lounge.” - Washington Examiner

“The biggest losers are students who get sucked into colleges, because the federal loans look like free money, only to drop out of school. They get the debt, but no degree…The other losers are graduates with six-figure debt and little income.” - SF Chronicle

What if the Tea Party never existed?

“If the tea party hadn’t caught on, the Obama team would be fighting the same conservative movement that it had defeated in 2008. And a few more victories could have meant life for some legislation that died prematurely.” - Dave Weigel in the Washington Post

A week in political pictures. - TIME