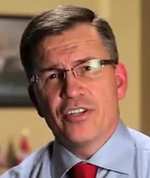 Romney pulling in Bush backers 2-to-1 over Perry, though many fund-raisers are still on the sidelines

“About 80 people who were top fund-raisers for Mr. Bush have donated the maximum $2,500 allowed by law to Mr. Romney's 2012 campaign, the records show. Mr. Perry received maximum donations from about 40 individuals who helped raise big sums for Mr. Bush. Many top fund-raisers remain up for grabs.” - Wall Street Journal 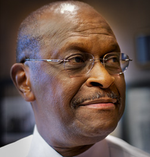 “[Cain is] carving out an unorthodox — and some say impossible — path to the White House, largely eschewing early voting states to focus heavily on the South — where tea party groups, social conservatives and evangelical voters that make up the backbone of his support hold sway. It's been weeks since Cain has set foot in Iowa or New Hampshire. - Washington Examiner

Perry’s flat tax proposal may have a political upside, but if history is any guide, it won’t go anywhere

“The last 30 years of tax politics is littered with the detritus of failed flat tax proposals, most prominent among them the one highlighted by Steve Forbes in his 1996 presidential campaign. Despite longstanding support for the idea, not once has a flat tax come remotely close to passing Congress.” - Politico

Ryan, better than any other Republican, articulates what every candidate should emphasize: the way to prosperity and to create opportunity for all is to promote economic growth combined with fiscal restraint in a manner that benefits all Americans, including those hurting today. - Ron Radosh at PJMedia 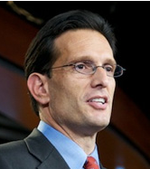 “’In a Steve Jobs plan, no American -- regardless of their current condition -- believes that they are unable to rise up. And in a Steve Jobs plan, we don’t believe that those who succeed somehow take away from those still working their way up the ladder,’ Cantor told an audience at Northwestern University.” - LA Times

“The ideal outcome from the Super Committee would be a deal to reduce spending even more than the sequestration process calls for. But with predictable gridlock between panel members over taxes and entitlements already setting in, that doesn’t seem likely. Sequestration may not be perfect, but, even with its limitations, it’s probably the best plausible result. So go ahead, Super Committee. Pull that trigger.” - Peter Suderman at Reason

“The federal government now spends 25% of our nation's economy — one of every four dollars. The super committee's talks aren't serious until they address cutting that back at least below 20% — the government's average for most of the post-World War II era.” - IBD editors

“Now many Republican freshmen, lacking the scar tissue of previous Congressional attempts to make sweeping changes in immigration law, are advocating that policy be changed in small, bite-size pieces that could help bring order to the system and redefine their party’s increasingly anti-immigration image, even as they maintain a strong push for better federal border security.” - New York Times

Romney changes tone on climate change, gives rivals another “flip-flop” to talk about

“Rivals of Republican presidential candidate Mitt Romney on Friday repeated their accusations of flip-flopping on core issues, after he told an audience on Thursday that he didn't know what caused global warming.” - Wall Street Journal

“Americans heard the President's promises, over and over again, most of all that the bill would lower insurance costs. Those costs are rising as fast as ever, more so in some places as insurers and providers anticipate the price controls and other regulation to come.” - Wall Street Journal editors

> Yesterday on The Republican: Obama in trouble as Democrats abandon the ObamaCare ship

“Do not confuse the death-tax issue with the question of whether the rich should pay more taxes. Even if your goal is to soak the rich, you don't need a death tax to do it. You can do it, for example, with a graduated consumption tax, where your tax form says: ‘How much did you earn last year? How much did you save? Now pay tax on the difference.’" - Steven Landsburg in the Wall Street Journal

Irwin Stelzer: Presidential campaigns are worth the money we spend on them because of the issues they force us to debate - Weekly Standard

Do Barack Obama and Nancy Pelosi really want to support Occupy Wall Street when its protestors are getting publicly sanctioned for…well, just read it - Powerline