“The lack of focus on any of the key early states is at the heart of questions about just how serious Cain is about winning the GOP nomination. And it has many activists and operatives wondering if he will able to sustain his lead in the polls since organizing and face-to-face contact with voters are essential to victory in Iowa, New Hampshire, Nevada and South Carolina.” - Politico

> Video: Karl Rove: It's time for Herman Cain to focus on early primary and battleground states 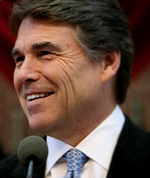 “The plan I present this morning, Energizing American Jobs and Security, will kick-start economic growth and create 1.2 million jobs. It can be implemented quicker and free of Washington gridlock because it doesn’t require congressional action. Through a series of executive orders, and other executive actions, we will begin the process of creating jobs soon after the inauguration of a new president.” - RickPerry.org

Treasury announces that the federal deficit for fiscal year 2011 is $1.299 trillion, the second highest in history

“The nation only ran a larger deficit for the 2009 fiscal year, which included the dramatic collapse of financial markets and a huge bailout effort by the government.” - The Hill

Twelve GOP endorsements worth having - Politico

“In a nomination fight where much of the Republican electorate remains undecided, it means there are still many powerful GOP players who are poised to move the dials when they choose sides. Some bring access to money. Others will act as key validators and surrogates, or help with organization." Here are a dozen Republican figures whose endorsements would be good to snag:

Mitt Romney burns through campaign cash, spending $12 million of the $14 million he raised in the third quarter 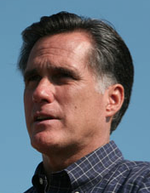 “The spending figures were high despite a lack of expensive television ads and stand in contrast to some of his more thrifty competitors. Texas Gov. Rick Perry, for example, spent about $2 million of the $17 million raised from August to September, according to his campaign.” - Washington Post

No class: Obama team pull the plug on the CLASS Act, the much-despised health care entitlement program that at one time helped anchor ObamaCare

“’We have not identified a way to make Class work at this time,’ [HHS Secretary Kathleen] Sebelius said. She said the program, which had been championed by Senator Edward M. Kennedy, Democrat of Massachusetts, was financially unsustainable… Two early critics of the Class program — Senator John Thune of South Dakota and Representative Charles Boustany Jr. of Louisiana, both Republicans — said they had been vindicated.” - New York Times | USA Today

Nevada’s Latino vote could play a major role in 2012 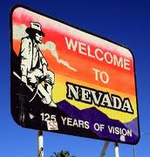 “According to the 2010 U.S. Census, the population in Nevada grew 35% in the last decade, and of the state's 2.7 million residents, 26% are Hispanic. The growth in the number of Hispanic residents has quickly translated into political power.” - CNN

Spotlight on Herman Cain’s history on healthcare, the issue that put him on the national political map in 1994

Obama’s cynical charge that Republicans have no jobs ideas is baseless: just look at the facts

“On Thursday, Senate Republicans released their own jobs proposal, which means that Republicans now have twice as many jobs plans as Obama. Obama's disinterest in these plans shows just how far out of the mainstream he's drifted. After all, most of the GOP's job-growth ideas — regulatory reform, tax reform, more energy production and fiscal restraint — have been proposed by Obama's own advisers.” - Investors Business Daily

Rupert Murdoch: Let’s learn from Steve Jobs and deploy technology to shake up the education bureaucracy 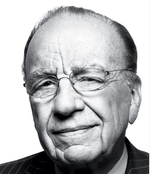 “Our children are growing up in Steve Jobs's world. They are eager to learn and quick to embrace new technology. Outside the classroom they take technology for granted—in what they read, in how they listen to music, in how they shop.  The minute they step back into their classrooms, it's like going back in time. The top-down, one-size-fits-all approach frustrates the ones who could do more advanced work. And it leaves further and further behind those who need extra help to keep up.” - Wall Street Journal

As clock ticks on the super committee, ideas about reforms abound but at the end of the day, gridlock prevails

“What appears clear is that the fundamental disputes remain the same: Democrats and Republicans remain at loggerheads on taxes and proposals to cut benefit programs such as Medicare. Republicans are, so far, standing fast against tax increases; Democrats won't touch Medicare without them.” - Washington Examiner

Remember back when the Bush White House was accused of being secretive?

“Immelt apparently does not believe there is any conflict between his responsibility to the president for finding ways to create what U.S. politicians like to call “good paying American jobs,” and using his company’s funds to create dollar a day Chinese jobs.” - Irwin Stelzer in the Weekly Standard

Jack Abramoff writing an insider’s account of Washington corruption, will use proceeds to pay back his fraud victims - USA Today