“Just as it did in 2008, Florida blew up the carefully constructed 2012 GOP presidential calendar Friday, choosing to hold its presidential primary more than a month ahead of the Republican National Committee-authorized date. It’s a move with far-reaching effects that could remake the presidential primary and caucus landscape — and possibly lead to a nominating season that begins as early as December.” - Politico

Chris Christie "will he run?" update: He continues to send mixed signals, fueling speculation that he really (really!) is reconsidering “Christie and his team may be analyzing where he might fit into the current field and how big an opening there really is. Republican strategists said Christie would pose as big a threat to Texas Gov. Rick Perry and other tea party-aligned conservatives as he would to former Massachusetts governor Mitt Romney, who has won over many in the party establishment.” - Washington Post

To understand Rick Perry, you need to look back to his days at Texas A&M

“Mr. Perry learned during his college years that leadership often involves charm and charisma more than displays of dazzling intellect, and that surviving a trial by fire—in his case, the hazing underclassman endured in the corps—strengthens one's character. Those skills subsequently served him well in a lengthy career in politics that includes the longest gubernatorial tenure in Texas history.” - Wall Street Journal

“In a speech at the Georgia Public Policy Foundation, a conservative think tank, Perry discussed his record on healthcare and the environment. But he offered few policy proposals, instead focusing on his record as Texas governor for 10 years, criticizing Obama, hitting Romney’s health-care law and opening a more aggressive line of attack on Romney’s record.” - NY Post

Taking a look inside the scrappy, quixotic campaign of Rick Santorum 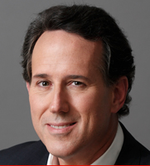 “Mr. Santorum has no campaign headquarters, no speechwriter, no advance team, no advertising budget. Campaign finance records show he raised just $582,000 through the end of June; Herman Cain, the former pizza executive, raised $2.5 million. Mr. Santorum is supporting himself by giving speeches, he said, and running through savings.  He insists he can win the old-fashioned way, through shoe-leather politicking.” - New York Times

“President Barack Obama and a House Republican used weekly radio addresses to spar over alternative visions of how best to boost job creation. Obama again made the case for quick Congressional passage of his American Jobs Act…Rep. Morgan Griffith pointed to a series of bills the House will consider in the coming weeks ‘aimed at cutting red tape and stopping the excessive regulations that hamper job creation.’” - Roll Call ($) | USA Today

"Americans perceive Republicans as better able than Democrats to handle what they name as the nation's most important problem, giving the GOP the clear advantage on this metric for the first time." - Gallup

“National groups are pouring money into the governor's race in West Virginia, an election widely viewed as the most competitive of the four statewide contests this fall.” - WSJ

George Will: A short history of federal overreach in education

“Federal aid to education came in 1965, the year of liberals living exuberantly, which produced Medicare and the Elementary and Secondary Education Act (ESEA). The latter completed the long repudiation of the idea that some sectors of life are fenced off from federal supervision. In 1976, the NEA made its first endorsement of a presidential candidate; Jimmy Carter reciprocated by creating the Education Department.” - Washington Post

Irwin Stelzer: We are all Europeans now

“Attempts to immunize the American financial system from European contagion can only be partially successful. European banks depend on the Fed to provide dollars to make up for the retreat of money market funds from the lending market. That has U.S. politicians on edge.” - Weekly Standard

Diversity check: Fastest growing group in America are those who say they are both black and white

"The black-white multiracial population showed the highest increase of any multirace combination, jumping more than 133% to 1.8 million from 2000 to 2010." - USA Today