Herman Cain wins the Florida straw poll by a wide margin, with Perry in a distant second

“Cain’s victory is a major disappointment to Perry, whose campaign has spent the past 48 hours attempting to recover from the candidate's weak performance in Thursday night’s debate. Perry supporters had hoped that by winning the straw poll, he could quiet some of the questions raised by his unsteady turn on the debate stage.” - Politico

“What happened?  In the days before the vote, nearly all the delegates who voted for Cain either said or heard someone else say this: "I love Herman Cain, but he can't get elected."  The assumption that Cain can't win the Republican nomination was a serious obstacle in their minds.  But at some point late Friday and early Saturday, the delegates overcame that obstacle.” - Byron York in The Examiner “[His] back to back stumbles added up to the worst week of Perry’s still-young White House bid, and left party strategists wondering what he can do to bounce back.” - Politico

“The waivers concern a single provision of the healthcare reform law that requires plans to offer a minimum level of benefits per year - $750,000 for FY 2011, and rising gradually after that - before cutting consumers off.  Organizations that offer healthcare plans have been applying for, and often receiving, waivers on that provision… The Department of Health and Human Services had been granting new batches of waivers every month, but changed the rules in June to give businesses and unions a one-time chance to apply for a waiver valid through the end of 2013.” - The Hill

Paul Rahe: Why do we endure a nominating process that involves candidates no serious elected official endorses?

“The country is undergoing a crisis, and the 2012 election offers the possibility of a resolution. The Democratic Party’s presumptive nominee is bent on destroying this country as we know it and on refounding it on principles opposed to our own. The Republicans have not found a plausible candidate capable of restating the principles on which this country was founded and flourished, and the Republican National Committee makes us sit through debates dominated by figures for whom no elected official of any stature feels any enthusiasm at all.” - Ricochet

Ross Douthat: If we abolished the death penalty after the Troy Davis case, we would have learned the wrong lesson 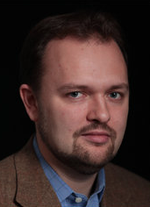 “Simply throwing up our hands and eliminating executions entirely, by contrast, could prove to be a form of moral evasion — a way to console ourselves with the knowledge that no innocents are ever executed, even as more pervasive abuses go unchecked. We should want a judicial system that we can trust with matters of life and death, and that can stand up to the kind of public scrutiny that Davis’s case received.” - New York Times

Debra Saunders: Why are the men that Iran just released from prison playing into Iran’s narrative? - SF Chronicle

“Quite aside from the issue of how many of the loans end up being squandered is the more fundamental question of why we’re doing this on such a scale in the first place. How far we’ve come since 1979, when there was a serious national debate about whether it was appropriate for the government to provide a mere $1.5 billion loan guarantee to Chrysler​—​a legacy company with more plausible prospects for profitability than Solyndra.” - Steven Hayward in this week’s Weekly Standard cover story

The bad news is we’re headed into recession, the good news is that it won’t be as bad as 2008

“We are on the front end of a recession. The profits picture is very much in doubt. More Obamanomics tax hikes are in the air. Europe is unsolved. U.S. finances are a mess. All this is being discounted by slumping stocks… How bad might the recession be? Well, it's hard to say. But in all likelihood the answer is not so bad.” - Lawrence Kudlow in The Examiner

Thad McCotter on his short-lived, uncovered, failed presidential bid: “It was the worst 15 minutes of my life” - Political Wire