5:00pm Video: You don't like my answer you vote for someone else: Romney takes on hecklers at the Iowa state fair

4:45pm The Republican: What they're saying: The GOP's 'super committee six' reflect on their recently announced appointments

3:15pm Rep. Pete Olson: To infer that the Tea Party was the reason behind this rating change is beyond preposterous - it's the spending, Stupid 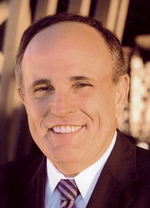 1:45pm The Republican: Perry enters the race at the top of the pack, but the latest 2012 poll shows only one Republican ahead of Obama - unfortunately he's not running

11:15am Sen. John Thune: For the president to hold trade opportunities hostage to a demand backed by his union base leaves us with nothing but missed opportunities

10:00am The Republican: Economic pessimism and the 2012 youth vote

The Republican: What's lurking below the surface? Can the London riots happen here in America?

"Republican House and Senate leaders named six conservative diehards Wednesday to the new deficit-cutting committee, but the appointees' histories suggested they might be open to striking a deal with Democrats." - WSJ 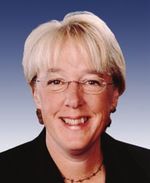 "Democratic Sen. Patty Murray is under scrutiny from Republicans, watchdog groups and even some liberal activists as she sits atop the powerful deficit reduction “super committee,” while she plans to raise millions of dollars running the campaign arm for Senate Democrats." - Politico

"There seems to be some kind of widespread delusion that a small tax increase on the rich, combined with cuts in not-very-important spending categories will somehow deliver us from fiscal ruin. There is little appetite for the cuts in military and entitlement spending necessary to bring America's books toward balance." - Economist 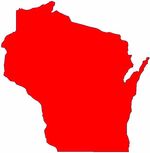 "Unions across the country threw everything they had to defeat Wisconsin state senators who voted for collective bargaining reforms for government workers, and on Tuesday the unions lost." - WSJ

PS, Tim Mak at Frum Forum sees the Wisconsin win as a victory for son of the state and RNC Chairman, Reince Priebus: "For Priebus, this was something more personal – he has strong ties in Wisconsin, as the former chairman of the state GOP. While he was running for the RNC chairmanship, Priebus would frequently make reference to the GOP’s victories in Wisconsin, name-dropping Sen. Ron Johnson and Gov. Scott Walker as evidence of his accomplishments. A week ago, Priebus said that the RNC was “all in” on the Wisconsin recall. If the Republicans had suffered the loss of the state senate, so too would the RNC have suffered a loss of prestige."

"Obama's aides and advisers are preparing to center the president's reelection campaign on a ferocious personal assault on Mitt Romney's character and business background, a strategy grounded in the early-stage expectation that the former Massachusetts governor is the likely GOP nominee." - David Frum for The Week

Another sign of the Left's unhappiness with POTUS: "Al Gore for president" - Brent Budowsky for The Hill

Transportation Spending Is the Right Stimulus: China and Brazil are surpassing us with state-of-the-art ports and roads - Democrat Ed Rendell and Republican Scott Smith in the Wall Street Journal

"Yes, the United States has problems. But let's not lose sight of its many strengths."

"Consider our strengths, beginning with who we are. The United States remains the land where people around the world dream of living, and they still arrive in substantial numbers, enriching our melting-pot society and energizing the economy. Our population today is at just over 300 million, with a modest and steady growth rate. Almost every other major industrial power is in decline, with low birthrates and aging populations that will soon put a huge strain on their economies." - Michael O'Hanlon in the LA Times

"Cloning sheep. Cloning humans, even. Caning teen vandals. Believing that aliens have descended from space and abducted humans. These are all things that, at one time or another, have enjoyed more public backing than Congress is getting right now." - WashingtonPost