12:30pm The Republican: The latest Obamacare 'oops': $50 billion a year in understated costs

10:45am Rep. Geoff Davis: We need a better solution to create jobs - more government is not the answer

8:45am The Republican: Does the Ames straw poll matter?

Ryan Streeter on The Republican: Three things we need if America is to be big enough to take on the bigness of our present crises

'Out of touch' and insufficient: Republicans slam Obama's speech

"Republicans immediately pounced on President Obama’s speech Monday as insufficient after the nation’s credit rating was downgraded for the first time in history last week. In his remarks, the president declared that America remains a "triple-A country" and that the downgrade by Standard & Poor's would hopefully “give us a renewed sense of urgency" to tackle the nation’s fiscal troubles. But with the Dow Jones industrial average plunging more than 500 points after Obama’s address, the head of the Republican National Committee said the markets had already spoken. “The markets have rendered their verdict on Barack Obama’s speech and it was not a good one,” RNC Chairman Reince Priebus wrote on Twitter. Calling Obama “out of touch,” a Republican Party news release noted that the president would attend two political fundraisers Monday night, spent last weekend at Camp David and had a “star-studded” birthday party at the White House last week." - LA Times

> Yesterday on The Republican: Leading from Alice in Wonderland? President Obama overrules the S&P, offers to fix the mess by taxing the rich and making "modest" changes to Medicare

Meanwhile, the GOP continues to push hard against tax hikes 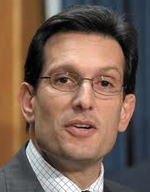 "House Republican leaders, facing a stock-market rout on the first trading day after the U.S. lost its triple-A credit rating, warned colleagues not to feel pressured into raising taxes when the next stage of deficit negotiations begin. "Over the next several months, there will be tremendous pressure on Congress to prove that S&P's analysis of the inability of the political parties to bridge our differences is wrong," House Majority Leader Eric Cantor (R., Va.) wrote in a memo to Republicans." -WSJ

"Cantor’s comments are another sign that both political parties are retrenching in the wake of S&P’s downgrade decision." - The Hill

"As President Obama tries to downplay the country's first-ever credit downgrade in the face of a Wall Street freefall, the Standard & Poor's decision has offered no shortage of fodder for 2012 presidential candidates ahead of a debate Thursday in Iowa" - Fox News

"The recent S&P downgrade ensures that the 2012 election will be fought on the battlefield of debt, as Electoral College math begins mingling with dire economic figures." - MSNBC

Jonah Goldberg: "Wake up and smell the tea - there is plenty of economic blame to go around" - LA Times

> Yesterday on Video: Rep. Allen West: The "Tea Party downgrade"? The debt has gone up over $3 trillion since those using that term took over in Washington

"A top US congressional committee is scrutinising Standard & Poor’s decision to lower the country’s credit score, in a sign of escalating political heat on the rating agency. A Democratic aide in Congress told the Financial Times that the Senate banking committee was “looking into the issue and gathering more information. All options remain on the table”. Tim Johnson, the South Dakota Democrat and chairman of the Senate banking committee, on Monday dubbed the S&P downgrade of US debt “irresponsible”, saying it could have “spillover effects” that would tax Americans by increasing interest rates." - FT ($)

"Stocks gyrated in Asia and Europe but were mostly down, dashing hopes that the global sell-off that has flattened investors over the last two weeks would lose steam." - New York Times | BBC News

> Yesterday on The Republican: Why Obama needs to be worrying about Europe

"The fallout from the nation's credit downgrade continued Monday, as Standard & Poor's announced government-sponsored housing giants Fannie Mae and Freddie Mac were also getting their top rating slashed" - The Hill

"Voters in such states as California, Wisconsin and Florida will be getting messages starting today and throughout the month, courtesy of the House Democrats' campaign committee and its ongoing effort to remind people of GOP budget proposals. "Accountability August" is focused on 44 Republicans -- all in House districts where Democrats believe they could win in next year's elections -- to show they're "choosing millionaires over Medicare." It's another part of the Democratic Congressional Campaign Committee's ongoing "Drive to 25," focused on reclaiming power from the GOP." - USA Today

Meanwhile, "South Carolina health officials are petitioning the federal government to overhaul its "discriminatory" Medicaid rules after a local construction worker was denied coverage for breast cancer treatments because he is a man" - Fox News 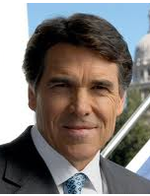 "While Mr. Perry will stop short of making an announcement this weekend, aides said, he is recruiting campaign workers in critical states, securing fund-raising commitments and preparing to be fully engaged in the race by early next month, when Republicans meet for three debates. Advisers said he had moved beyond the trial-balloon stage of gauging support to executing a strategy.The first test of his impact on the race could come as soon as Saturday, when candidates descend on Ames for the Iowa Straw Poll, a test of organizational strength. His name will not be on the ballot, but Americans for Perry, the independent group financed by several friends and political associates, has been urging supporters to cast a write-in ballot for him. That effort could erode support from his rivals. In a week when Republican candidates had hoped to introduce themselves to voters through the rituals of the Iowa State Fair, featuring the famed butter cow and old-time speeches on the political soapbox, the  spotlight of the race was suddenly yanked south. The rollout of Mr. Perry’s prospective presidential bid threw a volatile new element into the contest." - New York Times

"Sting was the King of Pain. Is it fair to call Michele Bachmann the “Queen of Rage?” That’s what Newsweek has gone ahead and done on the cover of its most recent issue, a cover that has Bachmann’s conservative supporters, well, uh, raging." - LA Times | Washington Post

Tim Pawlenty fights hard ahead of the Ames straw poll

"As a critical week begins in the Republican presidential contest, the broadening perception in Iowa is that enthusiasm for Pawlenty has sagged recently, imperiling his candidacy, while Bachmann has soared to front-runner status here. There are growing doubts as well about the Pawlenty campaign’s organizational efforts, once regarded as its chief strength. But two upcoming events offer Pawlenty the chance to rebound dramatically against the Minnesota congresswoman, to shore up enthusiasm and to show off his vaunted organization." - Washington Post

"Barack Obama’s aides and advisers are preparing to center the president’s re-election campaign on a ferocious personal assault on Mitt Romney’s character and business background, a strategy grounded in the early stage expectation that the former Massachusetts governor is the likely GOP nominee. The dramatic and unabashedly negative turn is the product of political reality. Obama remains personally popular, but pluralities in recent polling disapprove of his handling of his job and Americans fear the country is on the wrong track...In a move that will make some Democrats shudder, Obama’s high command has even studied President Bush’s 2004 takedown of Sen. John F. Kerry, a senior campaign adviser told POLITICO, for clues on how a president with middling approval ratings can defeat a challenger." - Politico

> Yesterday on Video: Donald Trump says that if Republicans "don't pick the right person," he might just get back into the game

Recall elections could tip the political balance in Wisconsin - Politico

Wisconsin recalls could be hard on the GOP - Washington Examiner

"Eighteen children filed into a small church one evening last week to learn about the principles of American liberty — including lessons on the failures of communism, the Constitution's biblical roots and gold's superiority to government currency. During the five-day Vacation Liberty School, talks, skits and activities mixed conservative values and early American history, including stories about how colonists' prayers once helped turn back a threatening French fleet and the principle of equal opportunity, but not necessarily equal results. It marked the latest of a growing number of Vacation Liberty Schools, volunteer-run programs for children mostly ages 10-15 that resemble a mix between vacation Bible school, U.S. history and Tea Party-style conservative ideas that supporters say aren't taught in public schools." - USA Today

"[C]iting the $5-million annual cost and dwindling need in the age of electronic communication, House leaders announced Monday that the program is over. "This decision was not easy, but it is necessary due to the prohibitive cost of the program and advances in technology that have rendered most page-provided services no longer essential to the smooth functioning of the House," Speaker John A. Boehner (R-Ohio) and Minority Leader Nancy Pelosi (D-San Francisco) said in a statement. The average number of pages in each "class" is about 70, Boehner's office said, and the last day on the job for the last class was Friday." - LA Times

Debra J. Saunders: "Beware any candidate who tells you he is not a politician - after he refers to himself in the third person. That would be San Francisco Mayor Ed Lee, who on occasion now refers to himself as 'Ed Lee.'" - SF Chronicle