4:30pm Unblemished: If Rick Perry wins in 2012, he would become the first person to be elected president after never losing a race in his political career since JFK

4:15pm The Republican: The most detested industry in America - the federal government

1:00pm The Republican: One in four Democrats wants Obama out

10:15am The Republican: Ambassador Robert Ford attacked in Syria

9:45am Sen. Ron Johnson: When stock prices were plunging earlier this month, President Obama strode to the teleprompter and utterly failed to calm the markets or the American people: Mr. Obama does not know what to do. He never did.

Ryan Streeter on The Republican: 2012 Republican presidential hopefuls may trip over tax reform because of an outdated understanding of what constitutes a tax increase

"House Majority Leader Eric Cantor (R-Va.) on Monday laid out an ambitious anti-tax and anti-regulations agenda for the fall.In a memo to rank-and-file Republicans, Cantor said the House will target 10 major regulations for elimination, and will also seek to enact one major tax cut for businesses. Republicans are offering the agenda as a contrast to President Obama’s jobs plan, which is set for formal announcement next week and is expected to include stimulus spending." - The Hill

"Congress might still have a week left of its recess, but some leaders are already sharpening their knives over warring jobs messages that will be a primary focus of the fall work stretch." - Roll Call ($)

"The White House scrambled Monday to finalize a new jobs initiative as President Obama nominated the last member of the economic team that will be charged with carrying it out. In tapping Alan Krueger, a Princeton University professor and noted labor expert, to be chairman of the Council of Economic Advisers, Obama turned to an economist who officials said was well suited to guide the White House through a jobs crisis. President Barack Obama has chosen labor economist Alan Krueger for a top administration post as the White House scrambles for solutions to boost a fragile economy with the 2012 election looming. That address, coming at the end of a summer of worsening economic news and sagging poll numbers for the president, is shaping up as a pivotal moment as Obama tries to resuscitate his presidency with less than 15 months before he stands for reelection." - Washington Post

> Yesterday on The Republican: Three important reads as we anticipate Obama's jobs agenda

House Majority Leader Eric Cantor: We must remember that disaster relief funds are not unlimited 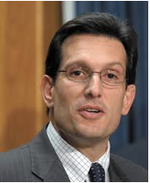 "As FEMA's budget is under new strain in the aftermath of Hurricane Irene, a top House Republican maintained that any new funds allocated for federal disaster relief must be offset by budget cuts elsewhere. Speaking on Fox News Channel, House Majority Leader Eric Cantor said a natural disaster like Hurricane Irene is an "appropriate instance" for a federal role, but that the government can't go deeper into debt to pay for unexpected outlays. "We will find the money if there is a need for additional monies," he said. But "those monies are not unlimited. And what we've always said is, we've offset that which has already been funded." Cantor equated the situation to what an ordinary family would do in a crisis, doing without a new car to pay for the needs of a sick loved one, for instance." - LA Times

"If this was a test, the collection of East Coast governors known for their national ambitions passed. With the memory of Hurricane Katrina forever serving as an object lesson in crisis management gone awry, the group of potential 2016 contenders whose states stud the coastline—Republicans Bob McDonnell and Chris Christie and Democrats Andrew Cuomo and Martin O’Malley—appear to have endured Hurricane Irene with burnished reputations after an uncommonly ferocious storm where executive missteps could have cost even more lives. They were ubiquitous in sounding the alarms, urged caution, ordered mass evacuations and one of them, Cuomo, had his transit chief shutter the biggest metropolitan transit system in the nation in preparation for the weekend storm." - Politico

"The first official test of the 2012 election is less than six months away. The calendar approved by the Republican National Committee puts Iowa's leadoff caucuses on Feb 6 and New Hampshire's first in the nation primary on Feb. 14. Those are followed by the Nevada caucuses on the Feb. 18 and South Carolina's first in the south primary at the end of January. RNC rules prohibit all other states from voting before Super Tuesday, March 6, or they lose half their nominating delegates. At this point, nine states are scheduled to vote on Super Tuesday. The RNC has also banned winner-take-all contests in March. Instead all delegates awarded in March will be allocated proportionately under rules left to the states. But two important swing states, Arizona and Florida are rebelling against the new RNC rules and calendar, insisting on voting early for greater impact on the selection of the nominee." - Fox News 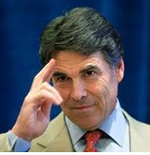 "A new poll released Monday reaffirmed Texas Gov. Rick Perry's (R) standing as the front-runner in the race for the 2012 Republican presidential nomination. Thirty-two percent of Republicans named Perry, who formally launched his presidential campaign about two weeks ago, as the candidate they'd most like to see win the Republican nomination. Eighteen percent of Republicans said they would like to see Romney win the nomination, according to the CNN/ORC poll conducted last week. Rep. Michele Bachmann (R-Minn.) placed third at 12 percent, followed by former House Speaker Newt Gingrich (R-Ga.) at 7 percent and Rep. Ron Paul (R-Texas) at 6 percent. The CNN poll is the second to place Perry atop the field. A national Gallup poll released last week showed the Texas governor eclipsing Romney, who's long led his challengers for the nomination." - The Hill

> Yesterday on The Republican: In defense of Rick Perry's "Ponzi scheme" comments

Florida’s upcoming straw poll, Sept. 24 in Orlando, is not attracting the attention of the top contenders in the Republican primary presidential field" - Miami Herald

"The Veterans of Foreign Wars convention this week will not feature a top-tier official from the Obama administration, a breach in tradition that the group's commander described as an 'insult of the highest magnitude.'" - Fox News

"The White House has issued detailed guidelines to federal officials on how to commemorate the 10th anniversary of the Sept. 11 attacks at home and abroad" - New York Times

> Yesterday on Video: George W. Bush: Ground Zero was "like walking into hell," with "palpable bloodlust" in the air

"The wife and three children of fugitive Libyan leader Muammar Gaddafi are in Algeria, Algerian officials say. A foreign ministry statement said Col Gaddafi's wife Safia, daughter Ayesha and sons Muhammad and Hannibal left Libya early on Monday. Algeria's UN ambassador said they were received on humanitarian grounds. Meanwhile rebels said they had uncovered four mass graves in recent days. The BBC's Andrew Hosken, who visited one of the sites in south-east Tripoli, said they were believed to contain the corpses of army officers who refused to fight for Col Gaddafi." - BBC News

On his 75th birthday, Arizona senator is thanking those who have wished him well, by poking fun at himself via Twitter: "Thanks for all the birthday wishes. If I had known I would live this long, I would have taken better care of myself!" - USA Today