7:30pm Video: Will Perry's jabs at Romney force Romney to start going on the attack?

5:00pm The Republican: Palin's days numbered? Forty-one percent of Republican voters say there is "no chance" they would vote for her

3:00pm The Republican: Rick Perry update: Not only is he the favorite of college-educated Republicans, he's also a leader in higher ed reform - says Kevin Carey at the New Republic

1:00pm The Republican: Welfare reform worked: And has pointed the way to other challenges - such as welfare-like behavior in the middle class

10:15am The Republican: Perry's leading with just about everyone - including the college-educated

Survey: Conservative voters worry most about the deficit's effect on the economy and think family breakdown is a greater threat to our economy than health care costs

VIDEO: George W Bush remembers the moment when he first heard about the 9/11 attacks

VIDEO: Rove says Palin needs to get a thicker skin

VIDEO: 'All of the campaign donations in the world won't save Obama from his record'

"The politician who has done more than any other to set the national agenda this year will soon return to Washington. It is not President Barack Obama. It's House Speaker John Boehner." - Karl Rove in the Wall Street Journal

Boehner to Obama: If You Oppose China's One-Child Policy, Why Don't You Defund the UN's Population Control Program? - Weekly Standard

Nate Silver on how polls have changed since Perry entered the race.

Perry, the unity candidate? "[Latest Gallup poll] results underscore Perry's potential, as a staunch social conservative with a strong economic story in Texas, to build a primary coalition that bridges the divide between upscale, managerial Republicans and the party's more populist and evangelical blue-collar wing... It may not last as he engages more sharply with the other contenders, but Perry's ability in this survey to outpoll both Bachmann among the devout and Romney among the well-educated shows the Texas governor's opportunity to build a broader coalition than either of his principal rivals." - Hotline

HotAir notes that Team Obama is beginning to attack Perry but Toby Harnden gives this and nine other reasons why Perry is NOT the frontrunner: "Romney’s years on the presidential campaign trail mean that he has built impressive campaign structures in Iowa, New Hampshire, South Carolina and Florida. Perry could catch up but we don’t yet have an indication that he will."

"The document requires candidates to nominate antiabortion judges and appointees, end taxpayer funding for all groups with affiliates that perform or fund abortions and try to enact a law to “protect unborn children who are capable of feeling pain from abortion.” - WSJ

Fact Check on Perry: Can a president 'wipe out' health law by executive order? - MSNBC

"Paul’s meandering speeches and homespun mien are a stark juxtaposition with the bumper-sticker rhetoric common on the campaign trail, and they prompt some people to write him off. But the stylistic differences also play to his advantage. In a world of artifice he has none, and voters sick of political chameleons are drawn to that." - Alex Altman for TIME

"“Rubio checks more boxes than anyone,” said GOP strategist Kevin Madden, a former adviser to Mitt Romney’s presidential campaign. “He’s someone with an Hispanic heritage who’s beloved by the conservative base of the party and he has been elected statewide in a crucial electoral battleground.”" - Washington Post

At TNR, Liberal T A Frank describes Rubio as a "Halfway Presentable Conservative": "Rubio offered only a very little in the way of reality-based wonkery. But by the standards of today’s political conversations, he was still noticeably less partisan and vacuous than his peers." 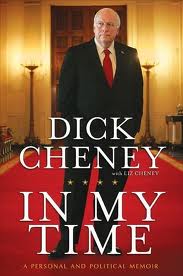 “There are gonna be heads exploding all over Washington’’; Cheney says his memoir will rock Washington - Washington Post

"Dick Cheney says in a new memoir that he urged President George W. Bush to bomb a suspected Syrian nuclear reactor site in June 2007. But, he wrote, Mr. Bush opted for a diplomatic approach after other advisers — still stinging over “the bad intelligence we had received about Iraq’s stockpiles of weapons of mass destruction” — expressed misgivings." - New York Times

Liberals’ Wisconsin Waterloo - George Will in the Washington Post surveys the damage to union power after Scott Walker's recent victories.

"The Republican Party has launched a major push to capture the Mississippi House of Representatives this fall, a goal that has eluded it since Reconstruction and that would remove nearly every vestige of Democratic control from the state's government." - WSJ

The Environmental Protection Agency’s power grab is only the most extreme example of a larger malady: regulation without representation - Marlo Lewis Jnr for the New York Times 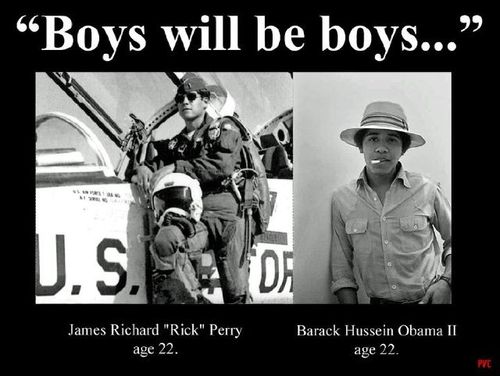 And for an alternative view... Rick Perry doesn’t speak for all military - Dan Futrell for Politico