4:30pm The Republican: Although he says he's staying put, Republicans insist that it's time for Geithner to go

11:45am ConHome UK: Justine Greening MP tells Channel 4 News that Osborne is holding talks with global leaders from his holiday

11:30am The Republican: What they're saying: Reacting to the US credit downgrade, GOP freshmen once again make the case for 'Cut, Cap, Balance'

10:45am: The Des Moines Register's 'Cliffs Notes' guide to the Ames straw poll

10:30am Video: NRA fires back at the Department of Justice

S&P warns of a second US downgrade


"One day after lowering the nation’s platinum triple-A credit rating, Standard & Poor’s analysts warned Saturday that the U.S. government could face a second downgrade if the economy continues to struggle and the government fails to make the cuts outlined in the debt ceiling agreement. The ratings agency on Friday downgraded the nation to AA+ for the first time in history, saying partisanship in Washington is preventing dramatic deficit reduction. S&P managing director John Chambers told reporters on a Saturday conference call that the toxic mix of a listless economy and political infighting will cause government debt to grow. “Compared to some other highly rated governments, the U.S.  government does not have the proactive ability to put public finances on a firm footing,” Chambers said." - Politico

> Yesterday on Opinion: Paul Revere: The downgrade points to a dire economic and fiscal condition that hits the rising generation the hardest

> Yesterday on The Republican: We're totally justified in blaming politicians for our problems, but totally unjustified in pretending we share none of the blame

"Chairman Ben S. Bernanke and his Federal Reserve colleagues are preparing to meet next week as two-year Treasury yields near a record low signal a U.S. economy on the knife’s edge between growth and contraction" - Bloomberg

"Financial officials from the Group of 20 major economies reportedly held an emergency conference call Sunday to the discuss the debt crises in the U.S. and Europe following several days of market panic and a downgrade of the U.S. credit rating. Reuters reported that Japan and South Korea said that they were still confident in U.S. treasuries. "I expressed our country's position on the (G20 conference) call that there will be no sudden change in our reserve management policy," South Korean Deputy Finance Minister Choi Jong-ku told Reuters." - Fox News

Amid downgrade criticism, S&P fires back

2012 hopefuls give President Obama an 'F'

"The Republican presidential candidates seized on the first-ever downgrade of the nation's credit rating as a new line of criticism against President Obama, suggesting that ultimate responsibility rested in the Oval Office even though the rating agency, Standard & Poor's, cited the overall political gridlock in Washington as a major cause for its decision." - New York Times' The Caucus blog

"With few policy options left to revitalize the economy, the White House and Democrats renewed their push Friday to extend one of the tax cuts Congress enacted last year." - WSJ

"After focusing for months on the deficit, Republicans are preparing a ‘jobs’ pivot of their own in September by moving to roll back and limit new federal regulations. Congressional Republicans and aides confirmed that regulations are going to be at the top of the GOP agenda next month as the party looks to counter the White House’s drive for jobs legislation addressing taxes and infrastructure. When the Department of Labor announced Friday that only 117,000 jobs were created in July, GOP leaders quickly cited burdensome regulations as a main culprit." - The Hill

"Members of Congress spent the past few months fighting over the nation’s balance sheet, but now that they’ve headed out of town for recess, they are in agreement about one fiscal matter: their own treasuries." - Roll Call ($)

"After months of protest from some Democratic governors, the Obama administration is cancelling more than 40 agreements it has signed with states under the Secure Communities program, although the move will have no apparent impact on the controversial effort to identify and deport convicted felons. The Department of Homeland Security notified governors Friday that the program does not need their approval to operate, and the cancellations will not affect the ability to check the immigration status of anyone whose fingerprints are in an FBI criminal database, according to a copy of the letter obtained by the Los Angeles Times. "No agreement with the state is legally necessary for one part of the federal government to share it with another part ... . This change will have no effect on the operation of Secure Communities in your state," read the letter, sent via email to the offices of over 40 governors Friday." - LA Times

"Six Republican state senators are being challenged in the latest fallout from the passage of anti-union legislation. The races are seen as test battles for the presidential and congressional election next year." - LA Times

The 'make or break' month for the GOP

"The contest for the 2012 Republican presidential nomination, until now a sleepy, shapeless and uninspired affair punctuated by comedic interludes, turns serious this month. A debate, a straw poll in Iowa and the possible entry into the race of Texas Gov. Rick Perry are likely to make the coming weeks the most consequential yet in the campaign. By the end of August, more will be known about almost every aspect of the race, including the identity of the politician best positioned to challenge the front-runner, former Massachusetts governor Mitt Romney, the staying power of Rep. Michele Bachmann (R-Minn.) and former Minnesota governor Tim Pawlenty and the likely final makeup of the field." - Dan Balz on the Washington Post

"Freshman Sen. Marco Rubio has hopped on the PAC bandwagon. The Florida Republican filed paperwork this week with the Federal Election Commission to create Reclaim America PAC, joining other Senate tea-party favorites who have created similar political action committees to influence races and elect like-minded conservatives in the 2012 cycle. A top aide to Rubio declined Friday to provide any details about the committee’s goals, but the rising Republican star – who many consider a top vice presidential candidate in 2012 – would be able to use the PAC to curry favor with candidates and colleagues by making donations to their campaigns." - Politico

"Texas Gov. Rick Perry asked Christians to turn to God for answers to the nation's troubles as he held court Saturday over a national prayer rally attended by thousands of evangelical conservatives, an important constituency should the Republican seek the GOP presidential nomination. The state's longest serving governor hosted what he called a national day of prayer, an event at Reliant Arena that drew roughly 30,000 people and that was broadcast on cable Christian channels and the Internet nationwide." - SF Chronicle

> Yesterday on ConHome: Rick Perry at The Response: God is a personal God, a God wise enough to be unaffiliated with any political party 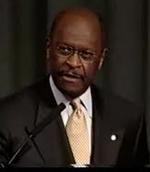 "Herman Cain's upstart presidential campaign might be based out of Atlanta, but the team guiding him has closer geographical ties to Atlanta, Wis., than the capital of Georgia. A review of Cain's second-quarter Federal Election Commission report — along with some cooperation from his campaign — has revealed a cadre of senior aides heavy on Wisconsin roots and light on presidential experience." - Roll Call ($)

"In a move aimed at tamping down a mounting controversy over secret money in presidential politics, a political committee backing Mitt Romney Saturday publicly identified a former Bain Capital managing director as the source of a mysterious million dollar contribution to its coffers." - MSNBC

30 US troops killed in helicopter crash in Afghanistan

"U.S. forces in Afghanistan suffered the deadliest day of the decade-long war Saturday when insurgents shot down an American helicopter, killing 30 U.S. servicemen and eight Afghans in the latest of a series of setbacks for coalition forces whose numbers are set to decline over the coming months. As U.S. troops have pushed the Taliban from havens in the south, the insurgents have retaliated in recent weeks with high-profile attacks and assassinations of Afghan officials. The incidents have challenged U.S. assertions that the military is making steady progress in preparation for turning control of the country over to its Afghan partners. Insurgents have also stepped up attacks in the mountainous east, the site of Saturday’s incident. The dead in Saturday’s attack included 22 Navy SEALs, most of them members of SEAL Team 6, the counterterrorism unit that carried out the mission to find Osama bin Laden, U.S. officials said. They added that none of the commandos who died Saturday were involved in the cross-border mission that killed the al-Qaeda leader." - Washington Post 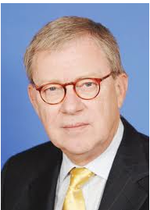 "Americans prefer to see themselves as doers rather than victims. They do not see themselves, as the masses in the Progressive Era a century ago may have done, as helpless victims of large corporations and financial interests. They want public policies that enable them to earn success, and they resent policies that channel money to the politically well positioned or to those who have not made decisions and taken actions necessary for earned success. They want to be empowered, not patronized. That's why voters here and, as Greenberg notes, in other advanced countries are rejecting policies that give more power to the mandarins who run government and provide less leeway for ordinary people to work for earned success." - Washington Examiner