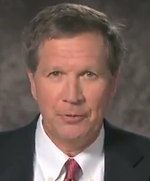 Is the media just too arrogant to give Ron Paul fair coverage?

“Rep. Walter Jones (R-N.C.), who has endorsed Paul, told the Hill that ‘fair-minded people don't know why Ron Paul is not given adequate press.’ He pointed the finger at the 'arrogance of certain people in the media who don't think he can win.' Jones said he was especially disappointed in the conservative-leaning press.” - The Hill

Rick Perry’s balancing act: Trying to be candidate of the far-right and the center-right 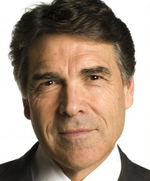 George Will explains why Chris Christie is not running for President

“He relishes being America’s Caesar — its most powerful governor. He wields a line-item veto, he can revise spending numbers but only down (he blocked $1.3 billion in spending this year) and he can exercise a “conditional veto,” rewriting legislation and sending it back to the Legislature for approval…When supporters argue, ‘You can’t say you’re not ready — look at Obama,’ he replies: ‘Yeah, look at him.’” - Washington Post

Does Paul Ryan have the experience to be President?

After heated protests and recall elections, Scott Walker says the Republicans are “winning the battle for Wisconsin”

“Reflecting on the recall vote, Mr. Walker points to the strong turnout and four GOP victories as an indicator of where the electorate stands on his reforms. Viewing Wisconsin through the prism of the rotunda rabble-rousers, he cautions, would be a mistake. ‘You can get a pretty skewed perspective,’ he says, here in the capital. Beyond Dane County, where gray-beard professors and union heavies roost, Republicans, he tells me, are winning the battle for Wisconsin.” - Bob Costa in the Wall Street Journal

Obamanomics in the crosshairs

Facing the possibility of another recession, Obama has “one slight problem: Nothing [he] has tried recently has worked, despite a dozen “pivots” to job creation in the last two years.” - Politico

Michael Barone: It’s hard to tell the difference between Obama’s writers and the staff writers at The Onion

Charles Koch responds to Buffett: Go ahead, send more money to Washington, but you'll only aid the government in doing more damage - Daniel Foster at The Corner

Washington may be torn by partisan conflict, but at least the job market is good - Gallup

In a race against the debt’s ticking clock, the super committee gets held up by…logistics - Roll Call