2:00pm The Republican: It's official: Rick Perry is running for president!

12:00pm The Republican: From the speaker schedule to where to watch live: The who, where, and when of the Ames straw poll

11:45am The five most bitter rivalries in today's Iowa straw poll

11:30am The Republican: Unsurprising fact of the day: Small business optimism continues to tank

9:15am Republican Weekly Address: Sen. Pat Toomey: Americans are still the hardest working, most industrious, innovative, entrepreneurial people in the world. And if we just let them, they'll start more businesses, hire more workers...but first, government has to get out of the way 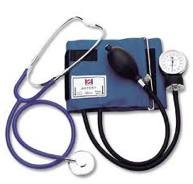 "A U.S. appeals court in Atlanta handed the Obama administration its biggest defeat to date in the battle over the health-care overhaul passed last year, ruling the law's mandate on Americans to carry health insurance was unconstitutional. The 2-1 ruling directly conflicts with another appellate ruling in June, making it a near certainty that the Supreme Court will eventually step in and provide the final word. Friday's 207-page opinion and 84-page dissent made clear that views of the Obama administration's signature law have increasingly hardened in place as voices from each side roll out familiar arguments and precedents to buttress their opposite conclusions. At the U.S. Court of Appeals for the 11th Circuit in Atlanta, the majority agreed with two lower courts that said Congress overreached when it required most Americans to carry insurance or pay a penalty." - WSJ

> Yesterday on The Republican: Appeals court rules against Obamacare mandate

"Republicans on the newly-minted "supercommittee" established in the debt-ceiling compromise will focus on cutting spending and reducing regulations for business, one of that panel's members said Saturday. Sen. Pat Toomey (R-Pa.), one of the Republican senators tapped by Minority Leader Mitch McConnell (R-Ky.) to represent the GOP in negotiations over deficit reduction, accused President Obama of making a bad economy even worse since taking office." - The Hill

David Malpass: Look back to 1987, not 2008, for comparison to present economic climate - Fox News

> Yesterday on The Republican: It's Cost of Government Day 2011! Congrats, you've official earned enough gross income this year to pay your share of government spending

"House Oversight Chairman Darrell Issa, R-Calif., says that the National Labor Relations Board has failed to comply with the subpoena sent by the House Committee regarding the NLRB's attempt to close a non-union factory in South Carolina. Lafe E. Solomon, acting general counsel for the NLRB, wrote Issa that he was “disappointed to receive the Committee’s subpoena,” but promised that “the Office of the General Counsel is committed to working with the Committee to meet your information needs, consistent with my responsibility to protect the independence and integrity of the ongoing law enforcement proceedings in this matter.” Solomon seems to fear that Issa or other Members of Congress will leak the documents to Boeing. In an earlier letter to Issa, Solomon noted that a judge denied Boeing's request for "substantially the same information that you are also seeking." That previous letter continued with the complaint that “no assurances have been given that all Members [of Congress] with access to these documents will keep them confidential.” Solomon also hints in today’s letter to Issa that the subpoena constitutes “undue political pressure” on the NLRB." - Washington Examiner

"The day after sparring heatedly in a televised debate, Republican candidates vying for the 2012 presidential nomination popped from breakfast gatherings to campaign rallies to the celebrated Iowa State Fair — a must-do for presidential hopefuls who share the spotlight with a cow sculpted from butter and deep-fried candy bars. The new urgency among the candidates had everything to do with Saturday’s Ames Straw Poll, an early test of organizational strength that could hasten departures for those who don’t perform well. In particular, former Minnesota governor Tim Pawlenty was in overdrive to draw supporters to the event and turn around a campaign that has struggled to raise money and gain traction in the polls." - Washington Post

> Yesterday on Video: I'm extremely proud of my record: Michelle Bachmann weighs in on the latest spar with Tim Pawlenty

"Texas Gov. Rick Perry will begin a late bid for the Republican presidential nomination Saturday, a decision that could upend the race by launching a brass-knuckle campaigner who has made an art of lighting bonfires on the political right. Drawing heavily on his roots as an Air Force pilot and son of a farmer, Mr. Perry, the nation's longest-serving governor, will kick off his campaign with a speech in South Carolina, followed by a week of campaigning in two other early nominating states, Iowa and New Hampshire." - WSJ

> Yesterday on Video: Herman Cain: I have never held office - I am a business problem solver and I happen to believe those same skills will work in Washington DC from the White House

"President Obama's re-election campaign is trying to raise money by citing some of the things Republicans said at Thursday night's debate in Ames, Iowa. Campaign manager Jim Messina put out an appeal for donations this morning, noting all eight Republicans refused to consider tax increases on upper-income Americans, while none of them mentioned the middle class." - USA Today

"After early expectations that Republicans would dominate the 2012 redistricting sweepstakes, neither party looks likely to claim a big gain in congressional seats when the states finish redrawing their electoral maps. Republicans are using their advantage in state legislatures to try to strengthen their hold on seats they already have, rather than attempting to create new districts where they would hold a slight majority of voters. GOP mapmakers are seeking to add Republican voters to the districts of the party's vulnerable lawmakers, especially those who swept into office last November, to ensure they aren't washed away in 2012." - WSJ

"After skirmishes in Wisconsin, Ohio and Indiana, the next big union battle is brewing at your local post office. The U.S. Postal Service’s two largest unions blasted the financially strapped agency’s proposal to cut as many as 120,000 jobs and pull its workers out of the retirement and health benefits plans covering federal workers for a new benefit systems. The Postal Service, which is facing a second year of losses totaling $8 billion or more, would need congressional approval for its plan and cooperation from the postal unions, which have contracts that ban layoffs unless Congress intervenes. But the American Postal Workers Union, APWU, and the National Association of Letter Carriers, NALC, made their opposition clear." - Fox News

US development worker abducted from his home in Lahore, Pakistan

"A U.S. citizen has been abducted from his home in the eastern Pakistani city of Lahore, U.S. Embassy and police officials said today. The U.S. is working with local authorities to secure the man’s release, Alberto Rodriguez, a spokesman at the American embassy in Islamabad, said by phone, identifying him as Warren Weinstein. The LinkedIn networking website lists a Warren Weinstein as the Pakistan country director for J.E. Austin Associates Inc. since 2004. It says he has worked on dairy production, horticulture and manufacturing projects, some funded by the U.S. government." - Bloomberg

Christopher Caldwell: "The recent urban riots have revealed the British policing system as untenable, too weak to confront the society that has grown around it" - FT ($)