3:30m The Republican: So why are all these "extremist" Republicans so obsessed with spending cuts and unwilling to "raise revenue"? This chart will tell you why 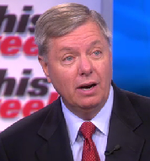 11:15am Steve Jobs is now more liquid than Uncle Sam

11:00am The Republican: A look at the daily payments needed post August 2

10:45am Sen. John Barrasso: Democrats, if serious about avoiding a rating downgrade, will quickly move past the Reid plan. And the Congress should move forward with a plan that strengthens our financial future 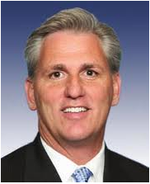 10:30am Video: It's moving in the right direction: House Majority Whip Kevin McCarthy weighs in on the prospective debt deal

9:30am Ryan Streeter on The Republican: Boehner gets some wins in emerging deal, but that won't calm the impatient caucus in the GOP

After a dramatic day, Washington moves closer to a possible debt deal as negotiations continue

"Shortly after 10 p.m., Senate Majority Leader Harry M. Reid said talks between the minority leader and vice president had made significant progress, prompting him to call off a late-night showdown over his own debt-limit measure and postpone the vote until 1 p.m." - Washington Post | New York Times | LA Times | WSJ

> Yesterday on Video: A plus for the pizza guy: Debt stalemate yields profits for Washington business

> Yesterday on The Republican: Want to know what $15 trillion looks like?

Although earlier in the evening, Reid called the Senate to the floor to 'tamp down' McConnell's optimism

"Senate Majority Leader Harry Reid (D-Nev.) told Minority Leader Mitch McConnell (R-Ky.) it was just plain wrong when McConnell told reporters there was reason for hope in debt-ceiling negotiations. The "Republican leader held a press conference to announce they’re in talks with the president and that a bargain to raise the debt limit is in the works and is close," said Reid, who had recently returned from a nearly two-hour meeting with President Obama. "That's not true… the agreement is not in a meaningful way." "The Speaker and Republican leader should know that merely saying you have an agreement in front of television cameras doesn't make it so," Reid said." - The Hill

Boehner's next test: "Getting votes for a debt bill that’s even less palatable to conservatives" 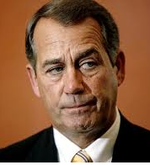 "For weeks, House Speaker John A. Boehner (R-Ohio) tried to be the kind of speaker he wanted to be, with dreams of negotiating a big budget deal with President Obama. On Friday, he became the kind of speaker he had to be, yielding to rebellious tea party conservatives and altering his bill to raise the debt ceiling to avoid a humiliating defeat. But that was hardly a resolution of the crisis. It was a victory — on his fourth try — that underscored the gap between the parties, as the bill was immediately scuttled in the Senate. On Saturday, the search for a real compromise began, with both sides vowing to try to pass something before Tuesday’s deadline. When a measure returns to the House, Boehner and his lieutenants will face perhaps their most severe test as they attempt to round up votes for a bill certain to be even less palatable to conservatives than the one approved Friday." - Washington Post

Michael Barone: GOP wins when the fight is over cuts not more taxes 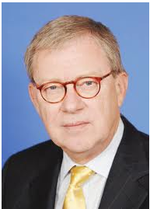 "Democrats went into this fight with a precedent in mind, the budget fight between President Clinton and Speaker Newt Gingrich in 1995-96. The conventional wisdom is that Clinton won that fight and Republicans lost. That's not quite right: After shifting to noticeably more moderate policies, Clinton was re-elected in 1996, but Republicans lost few House seats and held onto their congressional majorities at the same time. The difference this time is that Obama has not shifted policies noticeably, but instead has seemed to position himself as a complainer on the sidelines, asking voters to call their congressman. He has presented no specific plan of his own. His chief of staff reports that he hasn't spoken at all to Boehner lately. Just as he left the specifics of the stimulus package and Obamacare to congressional Democrats, so he has left the framing of an alternative to Harry Reid, whose Senate Democrats haven't passed a budget resolution in two years. On Friday the Gallup poll showed Obama's job approval down to 40 percent, the lowest of his presidency. Voters are cross with everybody, but he has the most to lose." - Washington Examiner

"Many factors have been holding down job creation this summer — everything from the extremely hot weather in many regions to the weak housing market in just about every city. Another factor dampening job growth has been the political battle over the nation's debt. One example of how the Washington debate is hurting workers involves aviation. Amid the bickering over the debt ceiling earlier in July, Congress failed to pass a short-term extension of the Federal Aviation Administration's budget. As a result, on July 23, the FAA's budget authorization expired and the agency had to lay off some 4,000 workers. Now the disruption is rippling out to contractors at airports around the country. For example, in Las Vegas, construction of a new air traffic control tower at McCarran International Airport is on hold for lack of FAA funding. That disruption has caused a cascade of construction layoffs. Across the country, roughly 70,000 workers are expected to be idled by this FAA budget mess." - NPR

"The economic recovery is grinding to a halt, raising the risk that the U.S. could fall back into recession and tightening the screws on Washington to resolve the debt-ceiling debate." - WSJ

"A conservative group is calling on Congress to temporarily suspend funding to the National Institutes of Health (NIH) after releasing a study that found the agency wasted half a billion dollars in taxpayer money on "bizarre projects," and gave more than $90 million to China, America’s largest creditor, over the last decade for other research. The Traditional Values Coalition, which represents 43,000 churches across the country, sent a letter to Appropriations Committees in both houses of Congress this week urging them to freeze funding for six months while investigating the agency’s research practices that are "striking working families across America as wasteful, illicit, and in many cases outright offensive." As part of its six-month investigation into NIH’s budget, the coalition discovered that the agency awarded more than $90 million to the Chinese government over the last decade, including $30 million in the last two and half years alone to scientists working at Chinese universities and institutions to research medical issues that affect Chinese citizens." - Fox News

Tea party support not a given for Perry

"Rick Perry was with the tea party before the tea party wielded any clout. The Texas governor publicized and attended the 2009 Tax Day "tea parties" that launched the movement created to rein in government, becoming one of the first and most prominent governors to do so. But his early embrace of the movement may not be enough to vault him to the top of the tea party heap if he decides to enter the 2012 presidential race. As a late-announcing candidate, Perry would face a tough fight for tea party supremacy with candidates who have been running for president — or courting national tea party activists — for years." - Houston Chronicle

Bachmann attempts to broaden her appeal

"With the Ames Straw Poll in Iowa drawing near, she attempts to transform herself from a niche candidate favored by a sliver of the GOP electorate into a plausible general election competitor." - LA Times