6:00pm Let me say this for the millionth time: We're not raising taxes as part of the deal - John Boehner, saying it takes 2 to tango, calls Obama back to the basics of the deal

4:30pm The Republican: Judd Gregg speaks a little truth to power: Yes, we'll get a debt deal, and it'll be an "anemic event couched in grand terms" because we don't have any leaders in Washington right now

3:30pm Video: Chris Cillizza's wrap-up of the GOP 2012 candidates' main mistakes and how they can recover

2:00pm The Republican: And as if the jobs report on Friday wasn't bad enough, here are two more startling statistics about the economy

1:45pm The Republican: Hill poll: In the end, voters are still pretty upset with the political class, and Republicans aren't instilling confidence 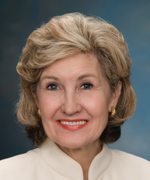 10:30am Michele Bachmann explains her view of constitutional conservatism at The Daily Caller

10:15am The Republican: Bachmann ahead of Romney in new Iowa poll

Ryan Streeter on The Republican: Candidates for 2012: Don't shy away from talking about America's addiction to short-term gains at the expense of long-term prosperity

"With pressuring continuing to build but no breakthroughs in sight, budget bargaining between President Barack Obama and top lawmakers resumes Monday at the White House, with both sides hoping to slash the deficit as the price for permitting the government to borrow more than $2 trillion to pay its bills. In a rare Sunday meeting in the White House Cabinet Room, Obama continued to push for a "grand bargain" in the range of $4 trillion worth of deficit cuts over the coming decade, but momentum is clearly on the side of a smaller measure of perhaps half that size. Obama continues to press for revenue increases as part of any agreement but Republicans remain stoutly opposed — despite some private hints to the contrary last week by House Speaker John Boehner, R-Ohio. Obama holds a news conference Monday morning. The third White House meeting since Thursday is slated for the afternoon." - AP | Roll Call ($) 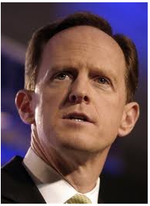 "For months, President Obama's administration demanded a clean increase in the government's $14.3 trillion debt limit ceiling with no conditions attached. Despite a $1.4 trillion deficit for 2011 and the unsustainable fiscal trajectory we are now on, administration officials want to continue massive deficit spending. They have shrilly argued that failure to increase the debt limit, almost immediately upon reaching it, will result in a catastrophic default on America's debt." - USA Today

Ross Douthat: "There are reasons why the Republican Party has its heels dug in on the debt ceiling." - New York Times 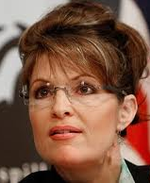 "Former Alaska governor Sarah Palin has issued a stern warning to House Speaker John Boehner (R-Ohio) as Boehner sits down with President Obama Sunday night to negotiate a raising of the debt ceiling: don't do it. Palin, in an interview appearing in Newsweek, “made it clear that she’s against any deal that raises the debt ceiling and would hold House Speaker John Boehner’s feet to the fire if he agreed to one” according to the magazine." - The Hill | Newsweek interview

Legality of a possible '14th Amendment solution' comes under fire

"Legal scholars are discrediting the idea that the president has the power to circumvent the debt ceiling set by Congress in order to avoid a government default. This so-called "14th amendment solution" relies on an interpretation of the amendment that would make it illegal for the federal government to default. Advocates argue that if negotiations to broker an agreement on raising the debt limit break down ahead of an Aug. 2 deadline the president could bypass Congress to avoid defaulting." - The Hill

Juliette Kayyem: "However appealing the 14th Amendment maneuver may be to Democrats who do not want to cede too much, it would be a false solution." - Boston Globe

Editorial: Obamanomics drives Americans out of the work force

"Friday's job numbers from the Department of Labor tell a grim tale about the first 30 months of the Obama administration. As President Obama likes to remind voters constantly, the economy did not originally deteriorate on his watch, and this is true. Yet the rise in the unemployment rate once again to 9.2 percent should put the final nail in the coffin of Obama's economic stimulus strategy. Having thrown nearly a trillion dollars at an economic mess, nearly every penny of which is spent, Obama now finds himself facing continued deterioration with no end in sight. Having run up an unsustainable debt in the vain hope of creating lasting jobs in the United States, he finds himself out of ammunition and with no clear plan to forge ahead." - Washington Examiner

"To the outside world, Sens. Mitch McConnell and Rand Paul seem to be caricatures of two conflicting brands of Republicanism: a seasoned establishment veteran and a fiery tea party upstart. But the two Kentucky Republicans are trying to make the tension work for them." - Roll Call ($)

Pawlenty says Bachmann has a non-existent record of accomplishment

"Republican presidential contender Tim Pawlenty says 2012 rival Michele Bachmann has a "nonexistent" record of accomplishment during her three terms in Congress. Pawlenty, who trails in fundraising and polls, says that as a former Minnesota governor, he has executive experience and achieved results under challenging circumstances. Bachmann represents a Minnesota congressional district. "I like Congresswoman Bachmann. I've campaigned for her. I respect her, but her record of accomplishment in Congress is nonexistent," Pawlenty said on NBC's "Meet the Press. A poll last month in Iowa put former Massachusetts Gov. Mitt Romney and "tea party" favorite Bachmann in the lead. Pawlenty was back in the pack despite an aggressive campaign in the state, which holds the first caucuses." - LA Times 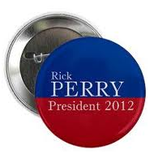 "Gov. Rick Perry may not be running for president yet, but his Texas-based associates are reaching out to prominent operatives in South Carolina and other early nominating states to gauge interest in a potential candidacy. "The governor continues to think about a potential run for president, and nothing has changed," said Mark Miner, a spokesman for Perry's 2010 reelection campaign. "Information and process-gathering calls have been made in some states, but no staff has been hired." South Carolina is scheduled to hold the third key contest in the race for the Republican nomination, after the Iowa caucuses and New Hampshire primary." - USA Today

> Saturday on The Republican: Now is Perry's moment: The jobs report has made the Texas Governor the new anti-Obama

"Most of the Republican presidential hopefuls have spent more time criticizing President Obama than attacking each other. That all changed when Rep. Thaddeus McCotter, R-Mich., threw his hat into the ring, and he wasted no time zeroing in on fellow 2012 GOP contender, former Massachusetts Gov. Mitt Romney. "Unemployment rising, people struggling in the Obama-Romney economy," McCotter tweeted Friday. The congressman expanded on that critique during a Saturday interview with Fox News. "We have Obama as the champion of big government, we see Romney as champion of bail out banks in Wall Street bailout. They are less rivals than they are running mates," he said." - Fox News

"Republican "Super PAC" American Crossroads is aiming to spend $120 million in the coming electoral cycle, a level it says it needs to compete with big dollars raised by incumbent President Barack Obama. However, Chairman Mike Duncan and President Steven Law won't be weighing in for any particular candidate during the GOP presidential primary." - Christian Science Monitor

US cuts aid to Pakistan by $800 million

"The Obama administration has delayed payment of hundreds of millions of dollars in promised military aid and reimbursement to Pakistan to reflect its displeasure with that country’s lagging security cooperation, according to U.S. and Pakistani officials. The decision to withhold the aid follows Pakistan’s cancellation of visas for more than 100 U.S. Special Operations trainers working with that country’s Frontier Corps, along with its refusal to issue visas for equipment technicians, after long-escalating bilateral tensions culminated in the cross-border U.S. raid in May that killed Osama bin Laden." - Washington Post | Washington Times

"Concerns are raised over cross-border shelling from Pakistan and militant attacks from Afghanistan." - Washington Post

"Seeing peril from a UN vote in September on Palestinian statehood, the Mideast Quartet is seeking a way to bring Israelis and Palestinians back to the negotiating table, which has sat empty for months." - Christian Science Monitor