7:15pm In other news: The UN Millennium goal to halve global poverty was reached 3 years ago through globalization, trade and capitalism

5:30pm The Republican: Pawlenty in trouble: WE can say Bachmann is inexperienced, but when he does it, he looks weak

3:45pm The Republican: Republicans are getting more conservative, which helps explain the predominant GOP views on the debt ceiling, but also makes Romney’s continued support a puzzle

2:30pm Budget Chairmen Sessions and Ryan: Senate Democrats are cowards: Their failure to produce a budget means they're afraid to put their philosophy of governing on paper

2:00pm The Republican: So what will really happen if we hit the debt ceiling the first week of August? Not as much as you think

Ryan Streeter on The Republican: Beneath the jobs numbers and questionable economic recovery, there lies a more disquieting question: Is America still a place where it's worth it to work hard to get ahead? 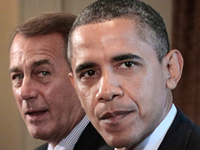 "With White House debt talks due to resume Sunday, the next few days will sorely test the mettle of President Barack Obama and Speaker John Boehner as they try to finalize a landmark budget and tax reform deal, held prisoner thus far by the rhetoric of both parties. The two men have set their sights on an estimated $4 trillion 10-year deficit reduction package that demands big spending cuts but ultimately represents a huge bet on putting in place sweeping tax reforms by early next year. Obama would be able to make permanent the lower-income tax rates established in the Bush era, while Boehner gets a commitment to broad reform — covering personal and corporate taxes — with the goal of lowering rates by establishing a more efficient code." - Politico

> Yesterday on The Republican: Anyone interested in trimming $1 trillion out of the federal bureaucracy?

"Republicans should understand that an enforceable spending cap at a level most Republicans and even some Democrats support would reduce federal spending by trillions of dollars over 10 years even in the absence of serious Social Security and Medicare reform. It won't be easy to get Mr. Obama to agree. It is certainly worth a try." - WSJ

Editorial: "How to measure the deal on the debt ceiling" - Washington Examiner

> Yesterday on Video: Paul Ryan: What's not getting covered in the debt ceiling debate is this: a massive wave of tax increases is scheduled in coming years, so talk of tax hikes instead of spending reduction is crazy

"GOP House leaders told their rank-and-file that the House is likely to be in session through the scheduled district work week in July. “We’re probably going to be here that week that we are scheduled to be off — they may move up the constitutional amendment vote,” a lawmaker who attended the closed-door briefing told The Hill. Though the majority of Washington buzz centered on reports of a would-be deal on the debt limit, House Republicans discussed the impending vote on a constitutional amendment requiring the federal government to balance its annual budget." - The Hill

"The House on Thursday voted to limit how the U.S. can spend money on military efforts in Libya, but rejected a measure to defund the operation entirely. The approved measure blocks the United States from funding rebel groups in Libya. It was offered by Rep. Tom Cole (R-Okla.) as an amendment to the 2012 Pentagon spending bill and passed, 225-201. Cole said his measure was needed to send a message that the kind of military action going on in Libya needs congressional backing." - Politico

"House Republicans have been in talks with their counterparts in the Senate about blocking President Obama from filling two upcoming vacancies to the National Labor Relations Board through recess appointments, which would leave the body deadlocked with just two members, Rep. John Kline, R-Minn., said on Thursday. “The major flaw here is that the board is grotesquely imbalanced," Kline, chairman of the Education and Workforce Committee, told reporters after a hearing about the NLRB's new proposed rules to speed up union elections. Right now, Democrats on the board outnumber Republicans by 3-to-1, but the terms of two Democrats will expire by the end of the year, including that of the recess-appointed former union lawyer Craig Becker. If the vacancies are left unfilled, it would mean the board would be deadlocked at 1-to-1 and unable to impose sweeping new rules on businesses and workers." - Washington Examiner 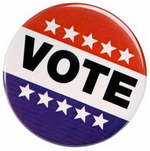 "Democrats and Republicans are clashing in state capitals across the country as GOP-controlled legislatures push proposals to tighten voting requirements -- a move prominent critics have decried as a throwback to Jim Crow laws. The proposals include measures in nearly three-dozen states to either require voters to show ID before casting their ballots or strengthen existing voter ID laws. Other states have moved to tighten the window for early voting and put new restrictions on whether and when convicted felons can vote.  The proposals are not attracting anywhere near as much attention as state efforts to strengthen immigration laws, cut back on union benefits and balance budgets, but Democrats in recent weeks have launched somewhat of a campaign against them at the national level. They claim Republicans are trying to skew the next election, while limiting the right to vote in the process." - Fox News

Shuttle Atlantis fuels up in hopes of launch 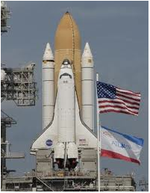 "Despite a dismal forecast, NASA managers decided early Friday to load the shuttle Atlantis with rocket fuel and to press ahead for an attempted launch of the orbiter on the program's 135th and final mission. Liftoff is targeted for 11:26:46 a.m. Eastern, but with a 70 percent chance of stormy weather, mission managers held open the option of standing down later Friday morning, depending on actual conditions. "Mike Moses, the mission management team chair, said some people might call it silly to try and play in the rain this morning, but he said we're going to absolutely try for tanking," said countdown commentator Allard Beutel." - CBS News

> Wednesday on The Republican: As NASA prepares for the end of the shuttle era, two-thirds of GOP voters say the nation must continue to play a leadership role in space exploration

"What brilliant good it can do a country when the world respects, and will not forget, one of its leaders. What was vividly true 30 years ago is true today: The world looks to America. It doesn't want to be patronized or dominated by America, it wants to see America as a beacon, an example, a dream of what could be. And the world wants something else: American goodness. It wants to have faith in the knowledge that America is the great nation that tries to think about and act upon right and wrong, and that it is a beacon also of things practical—how to have a sturdy, good, unsoiled economy, how to create jobs that provide livelihoods that allow families to be formed, how to maintain a system in which inventors and innovators can flourish. A world without America in this sense—the beacon, the inspiration, the speaker of truth—would be a world deprived of hopefulness. And so we must be our best selves again not only for us but for the world. These are the thoughts that follow eight days of celebration, in Eastern Europe and London, of the leadership of Ronald Reagan. History is rarely sweet, but it was last week when they raised statues of him in his centenary year." - WSJ

...and finally, being (the other) Sarah Palin

"Sarah Palin says she's tired of people asking her if she's going to run for president next year. No, not that Sarah Palin: There's a University of Texas student with the same name who is barraged with jokes, insults and other commentary about the 2008 GOP vice presidential nominee and possible White House hopeful. Time magazine interviewed the 20-year-old nutrition major from Heath, Texas, whose dad -- a big fan of the Republican politician -- likes to introduce himself as "Sarah Palin's father." (The reason for the interview: the trademark application for Sarah Palin the politician is apparently about to be approved.)" - USA Today | TIME magazine interview