12:45pm Senator Marco Rubio: There is no way you can look at the policies this president has pursued and not reach the conclusion that at least people in his administration do not buy into the American free enterprise system

12:00pm We are in a deep hole of debt, and as we reach this tipping point the responsible thing to do is follow an honest plan to dig ourselves out: Rep. Lynn Jenkins weighs in on debt deal discussions 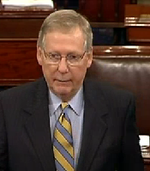 10:30am RNC Chairman Reince Priebus says that for Barack Obama and his union bosses, not all jobs are created equal

Ryan Streeter on The Republican: Conservatives decide to break with Grover Norquist on ethanol by remembering what it is to be conservative

"Faced with severe budget problems, Republican governors are escalating their fight against federal rules requiring states to maintain current levels of health-care coverage for the poor and disabled. The growing resistance to the federal government over the hugely expensive Medicaid program poses a critical test for President Obama, who has the power to relax the rules for states. If he allows states to tighten eligibility requirements, it would outrage many of his core supporters while undermining the central goal of his signature health-care law: expanding health insurance coverage. But if the president turns his back on governors struggling to gain control of their finances by trimming their most costly program, he risks intense criticism just as his administration is locked in a battle with Republicans over the nation’s soaring debt." - Washington Post | Fox News 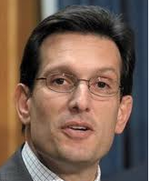 "House Majority Leader Eric Cantor warned his GOP colleagues Tuesday that they can’t cut government operations if they don’t first approve annual spending bills, hinting strongly at leadership’s concern that appropriations could be hamstrung by reflexive votes against spending. “Not one cut below the current 2011 level will go into effect if we don’t first complete our appropriations bills and make the House-passed levels the reference point for 2012 spending,” Cantor wrote in a memo to colleagues that contains a projected schedule for consideration of the spending bills on the House floor. In addition, Cantor all but conceded that Congress won’t finish its appropriations work on time this year." - Politico

"Vice President Joe Biden wrapped up more than two hours of bipartisan deficit reduction talks saying he was "convinced" that an agreement could be reached that raises the nation's debt ceiling and "makes a real, serious down payment on the commitment to four trillion bucks (in deficit reduction) over the next 10 years." The veep offered no details on any possible package, joking that if he did, there would be no talks. But he did offer a goal for when an agreement might be reached, a first as these talks have gone on over the past two months, albeit with a few caveats." - Fox News

"Fed chief Bernanke avoids taking a position on taxes while telling Congress it must act 'in a timely manner' to reduce the deficit. Failing to raise the debt limit, he says, would be a costly mistake." - Christian Science Monitor

"The Senate refused Tuesday to end $6 billion in ethanol subsidies, defeating an amendment by Sens. Dianne Feinstein, D-Calif., and Tom Coburn, R-Okla., that crystallized a larger ideological split within the GOP over whether removing tax subsidies is a tax increase or is a legitimate way to trim the $1.5 trillion federal deficit. The amendment became a test vote in this summer's struggle to raise the $14.3 trillion debt ceiling. Republicans insist a debt-limit increase be accompanied by trillions of dollars in spending cuts and no tax increases. Democrats say tax increases must be part of the equation." - SF Chronicle

> Yesterday on The Republican: From crop insurance to conservation: A look at the top recipients of USDA subsidies

"House Speaker John Boehner warned the Obama administration Tuesday that it will be in violation of the War Powers Act if the White House fails to seek congressional approval in a matter of days for the U.S. military operation in Libya" - LA Times

...while the White House responded by saying that it is in "the final stages" of preparing a package of information for members of Congress that will help clarify the United States' role in Libya." - LA Times 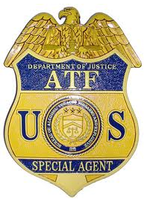 "Federal gun agents in Arizona -- convinced that "someone was going to die" when their agency allowed weapons sales to suspected Mexican drug traffickers -- made anguished pleas to be permitted to make arrests but were rebuffed, according to a new congressional report on the controversial law enforcement probe. Agents from the federal Bureau of Alcohol, Tobacco, Firearms and Explosives told congressional investigators that there was "a state of panic" that the guns used in the shooting of U.S. Rep. Gabrielle Giffords in Tucson in January and two U.S. agents in Mexico a month later might have been sold under the U.S. surveillance operation." - LA Times

> Yesterday on Video: Senator Marco Rubio: "We are all the descendants of the men and women who built the nation that changed the world. We are still the great American people. And the only thing standing in the way of solving our problems is our willingness to do so" 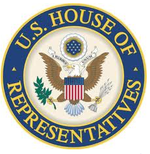 "The first House retirement announcement last week kicked off the biennial game of speculation about which Members might be making this Congress their last. Rep. Dan Boren (D-Okla.) caught some by surprise when he said he’s stepping down at the end of next year and not seeking higher office. He certainly won’t be the last to throw in the towel this cycle. Party officials are closely watching some of the longest-tenured and oldest Members — who might decide that it’s their time to gracefully exit rather than run in a newly redrawn district." - Roll Call ($)

"In what was essentially a 4-3 decision, the high court overturned a lower court, which had ruled Republican lawmakers violated the state's open meetings law when they passed the measure in March. "Access was not denied," the Supreme Court declared in Tuesday's decision. "There is no constitutional requirement that the legislature provide access to as many members of the public as wish to attend meetings of the legislature or meetings of legislative committees." But Tuesday' 68-page decision was a thicket of concurrences and dissents, reflecting the sharp divide the measure has created in the state itself." - Reuters

...while "a decision overturning California’s ban on same-sex marriage remains valid even though the federal judge who issued it didn’t disclose that he is gay and recuse himself before taking the case, another federal judge ruled." - BusinessWeek

"Its cheeky name aside, the Tequila Party has a serious mission. The newly formed grass-roots group sprouted from a growing frustration among Hispanic voters that neither party is doing much to help the nation's immigrant population and that the tea parties have turned the tide against them. Rather than swear allegiance to one party or the other, Tequila Party members said they plan to form a Hispanic voting bloc so strong that they can no longer be ignored." - Roll Call ($)

"Specialists in contacting the growing number of Hispanic voters say GOP contenders are late getting in the game." - USA Today 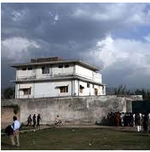 "Pakistan's intelligence agency arrested "a few" informants who gave information to the CIA before the raid that left Osama bin Laden dead, Pakistani intelligence officials said Wednesday. The arrests were addressed during the Friday meeting between CIA Director Leon Panetta, Pakistan army chief Gen. Ashfaq Kayani and Lt. Gen. Ahmad Shuja Pasha, Pakistan's head of military intelligence. The official, who asked to remain anonymous because he is not authorized to speak to the media, said he did not know the exact number of informants arrested or what date it happened. The arrests could point to another blow to the relationship between the U.S. and Pakistan." - CNN | New York Times ($)

"When Kasey Sands and her family returned home last month a few days after a tornado flattened much of Joplin, Mo., a dozen strangers were removing trees toppled in their yard. "I asked them who they were, and they said they were veterans," says Sands, 27. "They said they like to help with peace and not just with war." They were Team Rubicon, a non-profit group of veterans formed after the 2010 Haiti earthquake to help in the immediate aftermaths of disasters. They also raced in after tornadoes struck Alabama in April and following earlier crises in Chile, Burma, Pakistan and Sudan. More than 500 people have volunteered; 25 were in Joplin for a week." - USA Today