5:00pm The Republican: Bachmann leading in new poll, boosted entirely by her support from the most conservative voters

2:30pm The Republican: Gang of Two? Tom Coburn and Joe Lieberman ban together to reform and save Medicare

Ryan Streeter on The Republican: Michele Bachmann’s biggest obstacle is her lack of experience

"President Barack Obama and Republicans are narrowing the debate on a deficit-cutting plan to a reduction of $1 trillion to $2 trillion, though whether that would settle the issue through the 2012 presidential election remains in doubt, according to budget and debt experts." - SF Chronicle

> Yesterday on The Republican: As the debt debate continues, politicians must move beyond the pessimism

...although the White House insists Bush-era tax cuts will remain safe (for now) 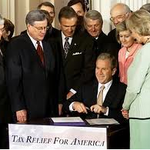 "The White House, seeking an agreement to raise the nation’s $14.3 trillion debt ceiling by Aug. 2, on Monday said it would not insist that any deal include an end to former President George W. Bush’s controversial tax rates on the wealthy. President Obama’s tactics are coming into focus as he huddles with congressional leaders to try and break the deadlock on increasing the debt ceiling. Before a meeting Monday between Obama and Senate Minority Leader Mitch McConnell (R-Ky.), White House officials said the president would push to close tax breaks for major oil and gas companies; end tax loopholes for corporate jets; and impose regular income tax rates on the carried interest earned by investment fund managers." - The Hill

"The next few weeks will bring some must-watch reality television. Can Obama and House Speaker John Boehner work a debt-limit deal involving spending cuts and caps while clearing out some tax preferences and exclusions? Will Boehner be able to sell such an agreement to suspicious House conservatives? Will the speaker need to turn to House Democrats to get the votes he needs? Will Majority Leader Eric Cantor further distance himself from Boehner and take advantage of conservative discontent? Meanwhile, the Obama administration drifts on a sea of economic events, heading toward a lee shore." - Washington Post

David Brooks: "What sort of leader can get things done in an age of austerity? A comparison of three management styles sheds some light." - New York Times

Tea Partiers want a pledge from the Republican Senate Committee

"A group of placard-waving Tea Party activists converged on the headquarters of the National Republican Senatorial Committee early Monday afternoon, demanding that its leaders refrain from supporting incumbents facing primary challenges, and serving as a reminder that the intraparty fight over party purity continues. The activists had marched over from a meeting of about 100 Tea Party leaders at the headquarters of FreedomWorks, the libertarian advocacy group that helped nurture the Tea Party movement. There, activists from Utah had met separately with their state’s new Republican senator, Mike Lee, who ousted the incumbent, Robert Bennett, in one of the biggest Tea Party versus Republican fights of the 2010 midterms." - The Caucus blog on the New York Times

"The House might have sworn off earmarks, but that didn’t stop the chamber from essentially passing one last week that would allow a single drug company to avoid generic competition while saving a powerful law firm from paying out $214 million in a malpractice suit." - Roll Call ($)

Republicans press the administration on Syria 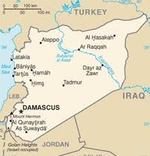 "Republicans are intensifying pressure on the Obama administration to recall its ambassador to Syria, arguing that the U.S. policy of engagement has done nothing to stop President Bashar al-Assad’s government from cracking down on protesters. On Monday, Rep. Ileana Ros-Lehtinen (Fla.), the chairman of the House Foreign Affairs Committee, became the latest Republican to call for Ambassador Robert Ford to come home. Sens. John Thune (S.D.) and Jon Kyl (Ariz.) have also said that Ford should be recalled." - Checkpoint Washington on the Washington Post

> Yesterday on The Republican: House Foreign Affairs Committee chair urges the immediate recall of the US envoy to Syria

> Yesterday on Ideas: Nine non-military ways to show the Assad regime what the US government thinks of their phony excuses

In Iowa, Congresswoman Michele Bachmann officially jumps into the race for the GOP nomination - Washington Times

> Yesterday on The Republican: It's official! Michele Bachmann confirms her candidacy, becoming the first woman to enter the 2012 presidential race

"As Democratic and Republican leaders in Washington struggled to find agreement on spending cuts and the debt limit, Mitt Romney struck a conciliatory note in New Hampshire on Monday by lamenting partisan feuding while touting his own record of working with Democrats -- even the Senate’s onetime liberal lion Ted Kennedy." - LA Times

"Tim Pawlenty’s summer is off to a rough start. His campaign kickoff in late May was well-received and also well-timed, coming just after Haley Barbour and Mitch Daniels each decided not to seek the Republican nomination, and around the moment of Newt Gingrich’s foot-in-mouth implosion, all of which placed Pawlenty in a fine position to emerge as the credible alternative to Mitt Romney. But June has delivered little sign of traction for the former Minnesota governor, and maybe even some lost ground." - TIME

"The Obama administration on Monday nearly doubled the number of countries that may face U.S. sanctions for not doing enough to combat human trafficking, calling on those and other nations to get serious and take tough steps to eradicate the lucrative illicit practice. In its annual Trafficking in Persons report, the State Department identified 23 nations as failing to meet minimum international standards to curb the scourge, which claims mainly women and children as victims. That's up from 13 in 2010. Another 41 countries were placed on a "watch list" that could lead to sanctions unless their records improve. The report analyzed conditions in 184 nations, including the United States, and ranked them in terms of their effectiveness in fighting what many have termed modern-day slavery. The State Department estimates that as many as 27 million men, women and children are living in such bondage around the worlds." - Fox News 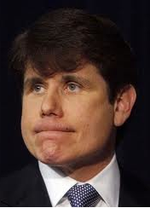 "More than two years after his arrest while still in office, former Illinois Gov. Rod Blagojevich will hear the verdict in his corruption retrial Monday, after jurors informed the judge that they had reached agreement on 18 of the 20 counts against him. Judge James Zagel said the verdicts will be read Monday afternoon. The jury had returned to the federal courthouse Monday morning after nine days of deliberations. They had been talking through the evidence over a three-week period." - NPR

Although "the Transportation Security Administration on Monday denies a report that airport screeners in Florida asked a 95-year-old woman in a wheelchair to remove her adult diaper." - The Hill

...and finally, the $1 billion that nobody wants

"A joint inquiry by NPR's Planet Money and Investigations teams found that more than $1 billion worth of golden dollar coins are the wasteful by-products of another failed Congressional effort to get Americans to replace the dollar bill with one-dollar coins in everyday commerce." - NPR