4:45pm The Republican: "I will not be intimidated": Senator Lindsey Graham responds to the IAM's latest ethics complaint 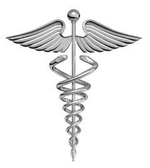 1:00pm The Republican: And the campaign defections continue as Gingrich's top fundraisers quit 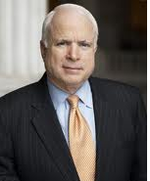 11:30am Video: Sen. John McCain's foreign policy advice for 2012 contenders: "I hope that all of these candidates as the campaign goes on understands what our national security requirements are, that we are the world’s leader, America has to lead"

10:30am The Republican: It's official! Jon Huntsman is running for president

Ryan Streeter on The Republican: Five questions for Jon Huntsman as he launches his campagin

Video: 'Fast and Furious' failure: ATF Special Agent Jay Tobyns says "this is everything against what this agency stands for...they were willing to climb over dead bodies in order to try and catch a cartel"

With time running out lawmakers aim to speed up debt talks 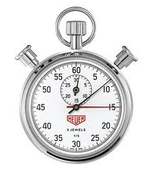 "The White House and congressional leaders are accelerating negotiations over the biggest debt-reduction package in at least two decades amid mounting concern that the effort is running out of time. Over the next six weeks, negotiators must strike a bipartisan compromise to slice more than $2 trillion from the federal budget by 2021, reduce the complex plan to writing and persuade a bitterly divided Congress to support it. But one or both chambers is due to be on break for three of those weeks. And when Congress last reached a big debt-reduction deal, it took more than a month just to draft the legislation. That leaves little room for chance — or last-minute negotiating to marshal votes for what is likely to be a politically difficult package of unprecedented cuts to long-sacrosanct federal programs." - Washington Post

"The White House is leaving open the possibility of a short-term debt ceiling vote this summer if lawmakers and administration officials cannot reach a deal for deep spending cuts by the Aug. 2 deadline." - Washington Wire in the WSJ

"Jobs, jobs, jobs": As Congress continues to debate the soaring national debt, a cohort of mayors on Monday descended on the White House to deliver one message to Washington

"In the second such meeting with Obama this year, 14 mayors advised the president to resolve the debt limit crisis quickly and focus on the needs of metropolitan economies.  "The clock is ticking" on the debt crisis, [said Los Angeles' Antonio Villaraigosa], who assumed the role of president of the U.S. Conference of Mayors this weekend, told reporters after the meeting. "We have a Congress that's dithering." Treasury Secretary Timothy F. Geithner has said that the federal government runs the risk of defaulting on its obligations if it does not increase the debt limit by Aug. 2." - LA Times

> Yesterday on The Republican: Which of the 2012 GOP candidates had the best job creation record as governor?

"Programmatic requests": aka the new earmark

"Cutting the $553 billion base Defense Department budget is made that much harder when House members continue their long-standing habit of slipping into it “little” multimillion-dollar items that once were called earmarks. In the House version fiscal 2012 Defense Authorization Bill they became en banc amendments approved without public discussion in committee (Armed Services) and on the House floor, and financed from a $650 million Mission Force Enhancement Transfer Fund, which was created by reducing other programs. The House Appropriations Committee has taken a more subtle approach. Instead of its old habit of soliciting earmarks, it now asks members to provide “programmatic requests” ahead of subcommittee markups." - Washington Post

More than semantics in Libya

"The White House has officially declared that what’s happening in Libya is not “hostilities.” But at the Pentagon, officials have decided it’s unsafe enough there to give troops extra pay for serving in “imminent danger.” The Defense Department decided in April to pay an extra $225 a month in “imminent danger pay” to service members who fly planes over Libya or serve on ships within 110 nautical miles of its shores." - Washington Post

> Yesterday on The Republican: "Now is the time for Congress to exhibit moral leadership (on Libya) despite political pressures to do otherwise"

"Republicans have a new weapon in their messaging arsenal — a growing, influential caucus of younger GOP women intent on fighting back against Democratic claims that the party is anti-woman. The new group doesn’t neatly fit the traditional model of women who run for office — the older, post-career PTA moms with grown children and more time to devote to politics. Four of the nine Republican GOP freshmen are under 50. And they aren’t moderates in the mode of Senate GOP women such as Lisa Murkowski, Susan Collins and Olympia Snowe." - Politico

"The Republican National Committee continues to bring down its debt as it gears up to battle President Obama, raising $6.2 million in May. That brings the national GOP's total fundraising for the year to more than $30 million, the RNC reported today. When Reince Priebus took over the party's chairmanship this year, he inherited about $24 million in debt from his predecessor, Michael Steele. The RNC says it has erased more than $6 million in red ink, bringing down its debt to about $18.5 million." - USA Today

...although "the Democratic National Committee raised $10.5 million in May, outpacing its Republican counterpart for the month and generating more money for a joint fund with President Barack Obama's campaign." - MSNBC

> Yesterday on  Video: Bill Kristol: My perfect ticket is Paul Ryan and Marco Rubio - they are best able to reach both the Tea Party and the broad electorate 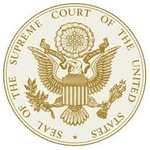 "The Supreme Court blocked six states from suing power-plant operators over greenhouse-gas emissions, ruling Monday unanimously that pending federal regulation under the Clean Air Act pre-empts the case. But the justices split 4-4 on related legal questions, leaving open the possibility that states could revive their action if the Obama administration fails to issue a final emissions rule by May 2012. Many scientists say the principal greenhouse gases that enter the atmosphere because of human activities—carbon dioxide, methane, nitrous oxide and fluorinated gases—trap heat in the atmosphere and contribute to global warming." - WSJ | FT ($)

"Bucking the state's powerful public employee unions, the New Jersey Senate on Monday passed a bill requiring sharply higher contributions for health benefits and pensions from more than a half-million government workers, while suspending unions' ability to bargain over health care. As a gallery full of raucous union members looked on, the upper chamber moved the legislation with support from Republicans and a few Democrats in a 24-15 vote." - NPR

Also from the states:

"New York Rep. Anthony Weiner has officially submitted his letter of resignation, ending -- he hopes -- the sexting scandal that put the brakes on the Democrat’s career." - LA Times

"Sensing the old models haven’t been working, the left has been pouring money into new ones. Sure they have ProPublica with its two Pulitzer prizes or the Think Progress blog or long-standing lefty investigative journalism operations at the Center for Public Integrity or the Center for Investigative Reporting. But the crown jewel of left-wing journalism is the Huffington Post, run by conservative-turned liberal Arianna Huffington herself. Since it was launched in 2005, "HuffPo," as it sometimes called, has risen to become the most prominent left-wing site. Every day is filled with incessant attacks on conservatives, P.R. for Team Obama and enough gossip, humor, entertainment news and goofy videos to package them together and wrap it with a big red bow. That was until February, when AOL purchased Huffington Post for $315 million and gave Arianna control of the combined newsrooms." - Fox News

...but "the media can’t save Barack from the Obama economy" - John Tamny on Forbes