8:15pm Video: WSJ: Romney decides not to spend the $2.5 million he spent last time winning the Iowa straw poll before losing the caucuses

7:30pm Krauthammer on FOX: It wasn't the "direction" of Gingrich's campaign that was the problem, it was the seriousness of it

4:45pm Video: Fox coverage of Newt, the candidate "without a campaign staff"

3:30pm The Republican: Our economic malaise, and the insufficient thinking by conservatives about what to do about it, is putting a renewed focus on the middle class

3:00pm The Republican: Kaboom! The Gingrich campaign goes up in flames

2:00pm The Republican: Oklahoma Rep. James Lankford: We want to have a national conversation about the economy while Democrats want to make decisions for Americans from the board room

10:45am Rep. Reid Ribble: Three facts about what we need to do about Medicare, and what happens if we do nothing

10:00am The Republican: The threat of severe tax increases tomorrow is keeping unemployment high today

Ryan Streeter on The Republican: The Weiner roast is over, let's get back to work

Opinion: Herb London: We need 4% growth, but stasis may be our economic condition for now

Judges may be ready to declare ObamaCare unconstitutional 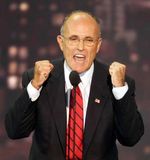 "I'm told by two reliable sources that Rudy Giuliani intends to run for the GOP nomination for president in 2012. He may throw his hat in the ring soon. Rudy's theory of the race: In the fall of 2007, he decided he couldn't compete with both Mitt Romney and John McCain in New Hampshire, and disastrously decided to try to pull back there and pitch his tent in Florida. This year, he'll commit everything to New Hampshire, where he thinks he has a good shot at beating Romney—whom he criticized there earlier this week. He then thinks he can beat whichever more socially conservative candidate(s) is left by winning what are still likely to be winner-take-all primaries in big states like California, New York, and New Jersey." - Bill Kristol at the Weekly Standard

Also, is Texas Governor, Rick Perry getting ready to run?

"Over the past two weeks, political advisers and friends say, Mr. Perry has changed his tune on a possible presidential campaign. In private conversations, they say, the three-term governor said he worries that the current GOP contenders have yet to stir real excitement within the party and may struggle when facing President Barack Obama. "He thinks there is a void [in the current field of candidates], and that he might be uniquely positioned to fill that void," said one Perry confidant who talked to the governor last week." - WSJ | Washington Post

"Jon Huntsman is trying out a novel strategy: running for president without criticizing the incumbent by name. Since returning from his post as ambassador to China last month, Huntsman has made scant mention of the man who appointed him in May 2009—President Barack Obama. And his would-be campaign officials say that won’t change when the former Utah governor officially launches his campaign. Obama’s political team has so far returned the courtesy." - Politico

Memo to Romney and Huntsman: Americans much less comfortable with Mormon than Catholic, Evangelical or Jewish candidate "Following up on his big Chicago speech advocating a return to Reaganonmics and big tax cuts for business, Tim Pawlenty said today on Bloomberg TV that he wouldn't bail out Wall Street." - Fox

Andrew Pavelyev for FrumForum on Pawlenty's 5% growth target: "In his economic policy address Tuesday in Chicago, Tim Pawlenty set a goal of 5% economic growth. By setting out such a rosy projection he may be repeating one of President Obama’s biggest mistakes: promising voters targets he can’t reach."

Herman Cain doubles down, would require ‘loyalty proof’ from Muslims to serve in his administration - Daily Caller

"The co-founders of one of the largest Tea Party groups in the nation dismissed a recent claim from a former leader of the group that members of the grassroots movement will rally behind whoever wins the Republican nomination — "even if that person is former Gov. Mitt Romney."

Who will be the next victim of the Tea Party Movement? "Orrin Hatch is conservative by almost any measure, but these days that’s not enough to shield him from the right. There’s a credible challenger in the wings and a real possibility that the Utah senator could become the first establishment casualty of the 2012 season." - Daily Beast

"President Barack Obama’s campaign team is gaming out complex state-by-state scenarios for 2012 that anticipate uphill battles in recession-ravaged blue states — and new opportunities in Arizona and Georgia. Their underlying assumption is that the GOP presidential field remains so fluid – and the country’s economic outlook so devilishly unpredictable – that Obama must construct robust grassroots field operations in nearly every competitive state in order to hit the magic number of 270 electoral votes and win re-election." - Politico

"Via ABC News, the Bureau of Labor Statistics reports that the amount of time it currently takes to find a job is the longest in the history of the survey" - NRO 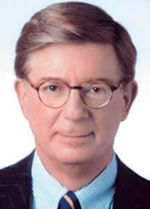 Obama and free trade: Appease big labor - George Will in the Washington Post

"A feud over trade has erupted in Washington, and American workers are caught in the middle. Congressional Republicans (and some Democrats) are threatening to hold up approval of free-trade agreements with South Korea, Colombia and Panama if President Obama keeps insisting on renewing expanded benefits under Trade Adjustment Assistance, the main aid program for American workers harmed by foreign trade." - Matthew Slaughter and Robert Lawrence in the New York Times

"In just the last few weeks, Gov. Scott Walker, a Republican, has signed legislation to require voters to show photo identification cards at the polls and to deregulate elements of the telecommunications industry. And the Republican-dominated Legislature is now in the midst of advancing provisions to expand school vouchers, to allow people to carry concealed weapons, to cut financing for Planned Parenthood and to bar illegal immigrants from paying in-state tuition at Wisconsin’s universities. Why the urgency? Republicans, who suddenly swept into control of this Capitol in last fall’s elections, face a deadline of sorts. Though the lawmakers insist that their hurry-up offense is just living up to campaign promises, there is a threat looming: They are at risk of losing their newly won majority in the State Senate as early as next month." - New York Times