6:00pm The Republican: Cantor and Kyl's exit from the budget negotiations show just how ideological the Democrats are these days

4:45pm Opinion: Rep. Bob Gibbs: The EPA is doing all it can to raise energy prices for ordinary families by pursuing backdoor cap-and-trade policies

Get ready: Rick Perry is running for President

2:45pm Video: Paul Ryan: The whole idea of the Republican budget is to reform the welfare state, help people get on their feet, and promote entrepreneurship

> Rep. Paul Ryan on NRO: We are near the edge of the credit cliff and must act now

12:45pm The Republican: As much as some want to believe conservative ideology is all that drives voters, electability still matters for something

11:45am The Republican: David Gergen to Obama: What in the world are you doing in Afghanistan?

10:45am The Republican: Institutional reality check: Remember what Americans think about the military, police, church, and small business compared to everything else

The Republican: The four reasons why Obama is "likely" to lose

Also on The Republican: Can GOP presidential hopefuls do a better job laying out our goals in Afghanistan than Obama did last night?

What do you think about Michele Bachmann and Paul Ryan? Take the latest ConHomeUSA survey.

"President Barack Obama is likely to be defeated in 2012. The reason is that he faces four serious threats. The economy is very weak and unlikely to experience a robust recovery by Election Day. Key voter groups have soured on him. He's defending unpopular policies. And he's made bad strategic decisions." - WSJ 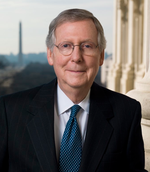 "In every one of the 14 swing states heading into 2012 — Colorado, Florida, Indiana, Iowa, Michigan, Minnesota, New Mexico, New Hampshire, Nevada, North Carolina, Ohio, Pennsylvania, Virginia and Wisconsin — the unemployment rate has risen since October 2008." - Chris Cizsilla in the Washington Post

Huffington Post records how Democrats are largely disappointed by scale of Afghan drawback.

The Weekly Standard asks why the summer of 2012 is the deadline and concludes it's ALL politics.

"On Afghanistan, few dispute that progress has been made. But is that progress reversible if the troop surge that delivered the progress is reduced too quickly? Americans do want to know how the war will conclude, but most seek a definition of success that comes with reassurance that the cancer will not come back, requiring another major U.S. military commitment. The president did not offer that reassurance." - Stephen Yates for Fox

"As President George W. Bush found out when he stood before a “Mission Accomplished” banner, declaring that a war is over does not mean that it is necessarily so. Facts on the ground have a nasty habit of intervening and, as the old military saying goes, it is usually wise to remember that “the enemy has a vote”." - Toby Harnden

WSJ attacks GOP tactics on Libya funding: Cutting off funds is what Democrats do to GOP Presidents

"For half a century, and especially since Vietnam, the Republican Party has stood for a strong national defense and the projection of military power to defend U.S. interests and to spread freedom around the world. Running to the left of Nancy Pelosi and John Kerry is not the way to win elections, much less to enhance America's security." - WSJ editorial

Marco Rubio joins Joe Lieberman in urging support for the Libyan operation, now it is started: "The deepening confrontation between the White House and Congress over Libya is both counterproductive and unnecessary." - WSJ

George Will, in the Washington Post, on what Reagan would say to McCain and the other foreign policy interventionists: "Regarding Libya, McCain on Sunday said, “I wonder what Ronald Reagan would be saying today.” Wondering is speculation; we know this: When a terrorist attack that killed 241 Marines and other troops taught Reagan the folly of deploying them at Beirut airport with a vague mission and dangerous rules of engagement, he was strong enough to reverse this intervention in a civil war."

"Even before it disposed of bin Laden, America had lost its appetite for venturing abroad in search of monsters to destroy." - Economist 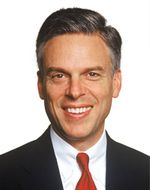 Romney may be the 'Flight to Safety' candidate

"People who were supposed to run haven't, and people who were supposed to be serious forces (Newt Gingrich and Sarah Palin) haven't been. Dark horses have remained dark. Amid it all stands Mitt Romney, not the high-flying investment lots of Republicans yearned to put their money on, but the unspectacular Treasury bill of Republican candidates, a man whose emphasis on jobs and the economy makes him a safe enough bet at a time like this." - WSJ 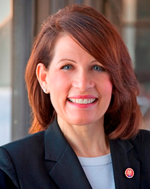 "Next week, after formally announcing her presidential campaign in her birthplace of Waterloo, Iowa, and after a brief stopover in New Hampshire, Ms. Bachmann plans to crisscross South Carolina. According to a schedule just released by her campaign, Ms. Bachmann is doing one event in Iowa, another in New Hampshire, followed by five events in South Carolina over two days." - WSJ

The Executive Editor of the New York Times spills the beans about journalists' bias: Only 10% would vote for Palin: "If the 2012 election were held in the newsrooms of America and pitted Sarah Palin against Barack Obama, I doubt Palin would get 10 percent of the vote. However tempting the newsworthy havoc of a Palin presidency, I'm pretty sure most journalists would recoil in horror from the idea." - Fox

"Over the past four years, the National Republican Congressional Committee has toiled in the shadow of the Democratic Congressional Campaign Committee's fundraising dominance, an advantage that arrived with the Democrats' House majority and was solidified by the Obama White House. Since 2007, the DCCC has raised, on average, $18.6 million more each year than its Republican rival, excluding loans and lines of credit. Then came the campaign committees' recent monthly filings with the Federal Election Commission. For the first time this year, the NRCC significantly outraised the DCCC in a month, bringing in $4.6 million to the DCCC's $3.8 million in May. The reports also confirm that the Republican committee enjoys double the cash on hand — $10.6 million to $5.3 million — than its Democratic competitor." - Roll Call

Has Al Gore opened the door to a Left-wing backlash against Obama?

"Al Gore went public Wednesday with his complaints about President Barack Obama’s environmental record and leadership on climate change — legitimizing a groundswell of grumbling from the left and throwing open the door for more of the same... For Obama to win a second term, he knows he'll need to generate more enthusiasm among a Democratic base that largely sat on the sidelines and watched the Republican wave in the 2010 midterms. But the mood on Obama's left isn't good..." - Politico