4:15pm Reps. Marsha Blackburn and Scott DesJarlais: There is plenty of blame to share for how we got into this economic mess, but what is clearer than ever is that deficit spending has to stop

11:15am Video: American Crossroads: It's time to take away Obama's blank check

The Republican: Bachmann gives Romney a run for his money in Iowa

"It might be time for another midnight ride by Paul Revere, this time warning “the creditors are coming.” Americans seem not to have awakened to the fast-looming debt crisis that could summon a new recession, imperil their stock market investments and shatter faith in the world’s most powerful economy. Those are among the implications, both sudden and long-lasting, expected to unfold if the U.S. defaults on debt payments for the first time in history. Facing an August deadline for raising the country’s borrowing limit or setting loose the consequences, politicians and economists are plenty alarmed. The people? Apparently not so much." - Washington Times

> Yesterday on Video: Rep. Renee Ellmers: You sent us to Washington to focus on jobs, and we must show leadership worthy of your trust

...while House Minority Leader Nancy Pelosi demands a seat at the table in the latest round of debt-ceiling talks

"House Democratic Leader Nancy Pelosi (D-Calif.) will demand a seat in the table for the final talks on the national debt limit, putting a strong liberal voice in the room. Pelosi and House Democrats were left out of the negotiations between President Obama and Senate Republican Leader Mitch McConnell (R-Ky.) last year that extended nearly all of the Bush tax rates though 2012. Pelosi didn’t participate in the final high-level talks over fiscal 2011 spending levels either.  But now she’s demanding her say at a time when many of her House Democratic colleagues are disappointed in Obama’s level of consultation with their caucus." - The Hill

"The nation's largest doctors group this week formally called for the repeal of a key plank in the Democrats' health care overhaul -- a new board tasked with reining in the growth of Medicare.  The so-called Independent Payment Advisory Board was one of several "defects" in the law that representatives of the American Medical Association voted against at their annual meeting in Chicago. The organization, which offered its qualified support for the health care overhaul before final passage last spring, named the Medicare board at the top of its list of "needed changes" in the law." - Fox News

Good intent, bad policy: "Should health insurers be compelled to cover colorectal cancer screenings? The American Cancer Society has good reasons to say yes. There are better ones to say no." - Jeff Jacoby in the Boston Globe

Prior to tapping the Strategic Petroleum Reserve, President Obama sent a secret delegation to Saudi Arabia

"President Barack Obama sent a delegation of high-ranking advisers in secret to Saudi Arabia to pave the way for Thursday's surprise release of oil from strategic reserves, administration officials said. Mr. Obama and his top economic and national security advisers began discussing how to cope with the economic impact of higher oil prices in late January, as U.S. gasoline prices began rising above $3 a gallon for the first time since 2008. White House officials became more concerned after civil unrest in Libya disrupted oil shipments from the North African nation in late February." - WSJ

> Friday on The Republican: What they're saying: House freshmen slam President Obama's decision to tap the Strategic Petroleum Reserve 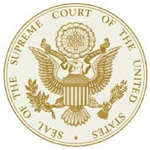 "The Supreme Court’s conservative majority made it harder for people to band together to sue the nation’s largest businesses in the two most far-reaching rulings of the term the justices are wrapping up on Monday. The two cases putting new limits on class-action lawsuits were among more than a dozen in which the justices divided 5-4 along familiar ideological lines, with the winning side determined by the vote of Justice Anthony Kennedy." - Washington Post

Newt Gingrich to the Iowa Tea Party: I can still win 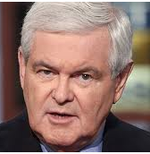 "Former Speaker Newt Gingrich on Saturday continued to explain why the bulk of his staff quit his campaign in recent weeks and insisted his positive, ideas-based strategy would lead his troubled campaign to victory in the Republican primary. Gingrich's trip to Pizza Ranch in Indianola, Iowa as a part of the Iowa Tea Party's bus tour, comes days after his two finance staffers quit last week, the latest in a series of departures from his presidential campaign." - USA Today

Despite a strong anti-spending stance, Michele Bachmann's had her share of government aid

"Rep. Michele Bachmann has been propelled into the 2012 presidential contest in part by her insistent calls to reduce federal spending, a pitch in tune with the big-government antipathy gripping many conservatives. But the Minnesota Republican and her family have benefited personally from government aid, an examination of her record and finances shows. A counseling clinic run by her husband has received nearly $30,000 from the state of Minnesota in the last five years, money that in part came from the federal government. A family farm in Wisconsin, in which the congresswoman is a partner, received nearly $260,000 in federal farm subsidies." - LA Times 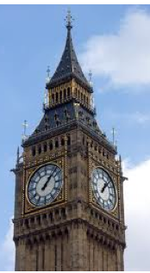 "Presidential hopeful Mitt Romney is heading in a different direction. First, he bucked tradition by announcing he would skip August's Iowa straw poll. Now, while many presidential hopefuls plan July trips to court the Hawkeye State, the widely projected Republican frontrunner and 2008 Iowa straw poll winner is heading East instead of West - to London, England. Romney, in the midst of a money-raising push, is planning to travel across the pond for a July 6 fundraiser, the campaign tells FOX News. Held at the upscale Dartmouth House near Hyde Park, the fundraiser will be co-chaired by financial heavy hitters like Raj Bhattacharyya, managing director at Deutsche Bank, hedge fund manager Louis Bacon, and Woody Johnson, owner of the New York Jets." - Fox News

More from the fund-raising front:

NATO pleads for more times as Gadhafi digs in

"As NATO bombs began to rain on Libya in March, President Obama and other Western leaders assured their war-weary publics that the campaign to protect civilians from Moammar Gaddafi’s crackdown would be over within weeks. Now the coalition’s springtime incursion has stretched to summer, and Gaddafi’s resilience has startled the leaders who committed to the operation. Calls are growing to end it even as NATO pleads for more time." - Washington Post

The African Union will attempt Sunday to map a road to peace in Libya, despite a failed effort to end hostilities between Moammar Gadhafi's forces and rebels. - CNN 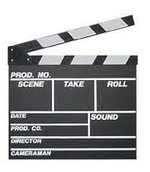 "Since the inception of the tea party movement, we’ve had tea party candidates, slogans, and rallies. Next up – tea party TV? “Courage, New Hampshire,” is the first effort from a new TV production firm, Colony Bay, formed by a duo of Hollywood tea partyers. The first episode, titled “The Travail of Sarah Pine,” details the struggles of a Colonial American woman to bring to justice the British soldier who fathered her illegitimate child. It was shot on a shoestring budget of some $120,000, and is intended to depict traditional American values espoused by the tea party movement. Their goal, the producers say, is to balance mainstream entertainment which they believe tends to treat conservatives and people of faith unfairly." - Christian Science Monitor

> Yesterday on Video: Tea Partiers get their own TV show