5:00pm Video: Paul Ryan takes on Steny Hoyer and the Democrats' economic policies: "Forget about what the economists said. Look at the results. The economy is flat" 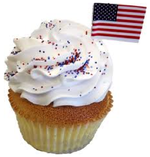 4:15pm Senator Lindsey Graham: If we really care about the Syrian people now is the time to let Assad know that all options are on the table

1:45pm The Republican: Ahead of tomorrow's debate, Romney maintains substantial lead among GOP voters in NH

11:45am Video: RNC chair Reince Priebus: President Obama is a "disaster to this economy" 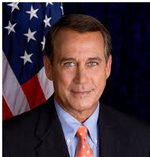 In a speech in Ashland, Ohio, "House Speaker John Boehner (R-Ohio) [called] the most recent jobs report “a punch in the gut” to the economy and blaming the lackluster recovery on the failed policies of the Obama administration. “The jobs report issued by the U.S. Department of Labor last week was a punch in the gut ... a sobering reality check." - The Hill

President Obama and Speaker Boehner to be joined by Vice President Biden, Governor Kasich on their golf outing next week - USA Today 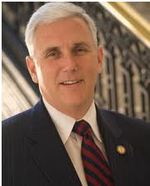 "Indiana Rep. Mike Pence (R) formally launched his campaign for governor Saturday with a strong dose of scorn for Washington, D.C. and a pledge to keep his state “on the path of fiscal responsibility and reform.” The conservative six-term congressman is running to replace the term-limited Gov. Mitch Daniels (R).  Pence said as governor he would build on what he called successful fiscal and other reforms under the incumbent, while noting that the state still suffers from unemployment over eight percent and other woes." - The Hill

"A U.S. congressman visiting Baghdad Friday suggested that Iraq pay back the United States for the money it has spent in the eight years since the U.S.-led invasion in 2003. Rep. Dana Rohrabacher spoke during a one-day visit by a group of six U.S. congressman. The California Republican said he raised the suggestion during a meeting with Prime Minister Nouri al-Maliki that some day when Iraq is a "prosperous" nation it pay back the U.S. for everything that it has done here." - AP

...as Democrats push for a new Afghan strategy - Washington Post

"In what appears to be a letter from Muammar Qadhafi to members of Congress, the Libyan leader calls on the United States to take the lead in negotiating a cease-fire, while flattering Congress for its “thoughtful discussion of the issues” on Libya...It’s his hope, he says, to “exercise[e] power through a direct democracy which will choose the senior officials who will provide the administration of the Libyan government and take care of its own affairs.” Sent to congressional leaders and the White House, the three-page letter comes as reports continue to emerge, suggesting that Qadhafi is looking for a way to end the fighting in Libya and as NATO looks for ways to scale back its activity there, which began in March." - Politico | Qadhafi's letter

"Rebel fighters were battling forces loyal to Moammar Gadhafi along the Mediterranean coast west of Tripoli, seeking to fight their way back into the important oil city of Zawiya." - WSJ

> Yesterday on Video: Jon Huntsman: You can expect my announcement in about a week and a half

Michael Barone: As Gingrich exits remember his gifts as well as his flaws 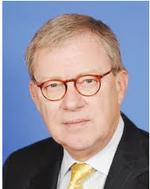 "As speaker, Gingrich had more policy successes than his current detractors recall. He held federal spending essentially static for a year, setting the budget on a path to surpluses, passed a landmark welfare reform act and set in motion a Medicare reform commission that recommended premium support, the main feature of Ryan's proposal. Through all this Gingrich was always searching for ideas that commanded 70 percent support. He understood that dovish Democrats' disdain for American exceptionalism was a grave political liability and sought to exploit it. But after his first moments in the spotlight as speaker he turned off voters. I think he reminded them of the high school nerd/egghead whom all the other kids disliked. Gingrich turns 68 next week; this was obviously the last year he could run for president. His chances were never great and now seem nonexistent. But we shouldn't forget what this man, with his unusual gifts and despite glaring flaws, managed to accomplish against great odds." - Washington Examiner

> Yesterday on Video: Newt: "We had a strategic disagreement about how to run a campaign"; former aide Galen says, "nobody other than Newt has ever believed he's a viable candidate"

"For decades, Iowa has served as the official kickoff for the presidential campaign, providing the first real test for candidates hoping to win their way to the White House. But there are signs that its influence on the nominating process could be ebbing and that the nature of the voters who tend to turn out for the Republican caucuses — a heavy concentration of evangelical Christians and ideological conservatives overlaid with parochial interests — is discouraging some candidates from competing there." - New York Times

"Secretary of Education Arne Duncan is threatening to use the power of his position to alter key elements of No Child Left Behind if Congress doesn't renew and upgrade the education law before the next school year begins." - WSJ

Architect of US embassy bombings killed in Somalia

"The Al Qaeda mastermind behind the 1998 bombings of US embassies in Kenya and Tanzania was killed this week at a security checkpoint in Mogadishu by Somali forces who did not immediately realize they had killed the most-wanted man in East Africa, officials said yesterday. The death of Fazul Abdullah Mohammed, who topped the FBI’s most-wanted list for nearly 13 years, is the third major strike in six weeks against the worldwide terrorist group that was headed by Osama bin Laden until his death last month." - Boston Globe

Representative Anthony D. Weiner is to request a leave of absence from the House and seek treatment, after Democratic leaders called on him to resign - New York Times

> Yesterday on The Republican: Pelosi tells Weiner to resign...now the question is why it took her so long

"The rarefied world of government arts funding apparently has run out of artists specializing in elephant-dung and human-urine media. Now comes the National Endowment for the Arts’ (NEA) announcement it will make grants for digital media - specifically video-game design." - Bruce Edward Walker in the Washington Times

...and finally, the office of Rep. Gabrielle Giffords' has released the first photos of the Congresswoman since the January shooting 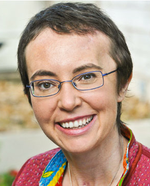 "The first photographs of Rep. Gabrielle Giffords since she was shot in the head in January show the congresswoman smiling. Taken outside, the photos show her with short hair and wearing glasses. One photo shows her alone, smiling at the camera; in the other, she is sitting alongside another woman. The photos, published Sunday on her Facebook page, were taken May 17 -- the day before she underwent skull surgery at TIRR Memorial Hermann Hospital in Houston, according to a message alongside the photos." - CNN | Houston Chronicle