11:00am Rep. Lamar Smith: Make E-Verify the law of the entire land

10:45am Republican Weekly Address: Sen. John Hoeven tells the Democrats to stop dawdling on trade agreements: "Free and fair trade agreements can help us create the kind of pro-jobs, pro-growth economy that will lift our nation up"

Video: Senator Jon Kyl on on cutting taxes, cooperation and economic growth: "The first thing the government has to do is listen to the people"

"President Barack Obama decided he could continue the air war in Libya without congressional approval despite rulings to the contrary from Justice Department and Pentagon lawyers, according to published reports. The president relied instead on the opinions of other senior administration lawyers that continuing U.S. participation in the air operations against the regime of Libyan leader Moammar Gadhafi did not constitute "hostilities," triggering the need for Congressional permission under the War Powers Resolution, the New York Times reported in its online edition Friday night." - USA Today | New York Times

> Yesterday on Video: John McCain: Obama has made a mess of Libya by doing too little and being too vague

Speaker John Boehner: The President has not adequately answered questions on Libya

"House Speaker John A. Boehner (R-Ohio) on Friday evening delivered his strongest criticism yet of President Obama’s decision three months ago to intervene militarily in Libya, saying in a statement that the White House has not sufficiently answered lawmakers’ questions about the mission and that the House may take action as soon as next week aimed at halting the U.S. involvement." - Washington Post

"Golf diplomacy": Obama-Boehner prepare for today's outing on the green 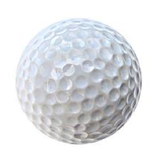 "The anticipation for Saturday's golf outing featuring President Obama and House Speaker John Boehner has in some corners of Washington overshadowed the U.S. Open tournament being contested at nearby Congressional Country Club. But the White House has warned reporters not to expect any breakthroughs on the budget after 18 holes." - LA Times

"For Boehner, golfing is as much a part of politics as legislating. And to hear his staff tell it, he gets his George Hamilton tan from all those hours on the links. Certainly, Saturday’s game involves more business than Obama is used to on the greens. Obama chose Vice President Joe Biden as his golfing partner and Boehner chose Ohio Gov. John Kasich. Biden is leading the debt ceiling negotiations and Kasich was the head of the Budget Committee in the late 1990’s when Clinton and Gingrich balanced the budget. Will the foursome solve the deficit crisis over 18 rounds? Not likely. But Obama and Boehner have proven that successful negotiation in Washington happens at the top. Saturday’s game is a swing in the right direction." - Jay Newton Small on the Swampland blog, TIME

> Yesterday on Video: Sen. Mike Lee: The only way to get Obama a debt limit increase is to get a balanced budget amendment that would get us on track to balance the budget in 5-10 years

Get out of the way of job creation: Republicans call on the NLRB to drop its case against Boeing

"Republicans are calling on the National Labor Relations Board to dismiss its complaint against Boeing and get out of the way of job creation, though Democrats argue Boeing is violating the law by retaliating against union employees. The NLRB has charged that Boeing built an assembly line for its new 787 aircraft in South Carolina to retaliate against its unionized workers in Washington state for past strikes and to avoid future labor unrest. Boeing has disputed the complaint, saying no union workers lost jobs. In South Carolina, workers don't have to join a union to work at a job site, making it a so-called right-to-work state." - Fox News

AARP insisted Friday it has not changed its position on Social Security, but acknowledged it could back some benefits cuts for future seniors to preserve the program

"In a statement, the nation’s largest lobbying group for seniors said it could only do so as part of a balanced deal to ensure Social Security’s solvency. It also said any changes, such as increasing the age at which one is eligible for Social Security, would have to be phased in slowly and should not affect current beneficiaries." - The Hill 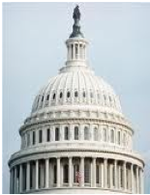 White House says it will end monthly healthcare waiver approvals, which many suggest is due to bad press - The Hill

Pete Ferrara: How Obamacare will further explode the deficit - Forbes

...while the administration also decides to extend National Guard deployment at the southwest border - LA Times

Governor Haley Barbour to the GOP: Pick a candidate and stick with ‘em 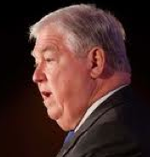 "Some like Newt. Others like Mitt. And some go gaga for Michele. But the only candidate who really unifies the crowd at the Republican Leader Conference here is  on the other side of the ballot: President Barack Obama. Some Republicans are lukewarm about the current crop of candidates running to take on Mr. Obama, but the message from some party elders seems to be: Pick one — any one — and rally around that candidate. “At the end of the day, we’re going to nominate somebody, and whoever that somebody is is going to be many multiples better than Barack Obama,” Mississippi Gov. Haley Barbour told the crowd." - Washington Wire in the WSJ

> Yesterday on The Republican: Actually, Haley, the Republican nominee should pass a purity test

> Yesterday on The Republican:

"Perhaps the 2012 presidential and congressional races will come down to right clicks versus left clicks. Such computer jargon that typically refers to two sides of a computer mouse might also become a political metaphor as Internet and social networking savvy groups - aligned with the left and the right - converge on Minneapolis for competing weekend conferences. The liberal Netroots Nation and the conservative RightOnline are separately hosting the meetings – merely one mile, or about a four minute walk, away from each other. But despite the closeness in proximity, the two groups are politically worlds apart. At stake: control of the White House and both chambers of Congress. At issue: which group can best harness the power of the Internet to raise awareness, enthusiasm and perhaps most importantly: money." - CNN