4:45pm The Republican: The Coburn amendment is the right thing to do; we can't be in the business of worrying about the taxes of gasoline refiners and blenders

3:30pm Herman Cain defends the Fair Tax, which would replace the income tax with a 23% consumption tax, on Fox's Journal Editorial Report with Paul Gigot 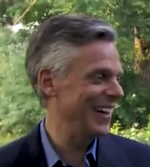 2:15pm The Republican: Pelosi tells Weiner to resign...now the question is why it took her so long

12:30pm The Republican: The latest Gallup results suggest infusing more geographic competition into the health care marketplace, which Republican ideas support, would be a good idea

The Republican: This week's biggest loser: the mainstream media that elevated Breitbart by trying to sink him, and humanized Palin by trying to demonize her

“Mr. Pawlenty's proposal ‘is different from where most of us are focusing our attention now,’ said freshman Utah Sen. Mike Lee,” but “Rep. Paul Ryan…said he was ‘excited’ that Republican presidential candidates were taking up the cause. Even the bipartisan fiscal commission appointed by President Obama last year recommended top rates as low as the mid-20s, Mr. Ryan said. ‘What is happening is a center-right coalition is developing here, joined by moderate Democrats, and it's calling for lower rates…and a broader base,’ Mr. Ryan said. "I'm a party to that, I agree with that.’” - Wall Street Journal

"While broad tax reform is given little chance of passing this Congress, the targeted tax reforms suggested by Democratic leaders including [Kent] Conrad have helped lobbying firms charge big fees in the first quarter of this year. Akin Gump Strauss Hauer & Feld represented at least nine clients on the issue of tax reform in the first quarter…Alpine Group has represented at least five clients on tax reform so far this year, not including BP America, which it represented on legislation to end tax subsidies for major oil companies.” - The Hill “They say there's still plenty of time for a candidate to get in the race even if he hasn't hired a staff, raised a dollar or made an official campaign trip to Iowa or New Hampshire. In fact, they argue, it could become an advantage for Perry, a conservative who has never lost an election.” - Examiner

WSJ weekend interview portrays Michele Bachmann as a determined, hard-working candidate with a good grasp of the issues

“After spending a good part of two days with her in Washington as she scurries from one appointment to another, I have no doubt that Ms. Bachmann will announce her presidential bid soon. And it would be a mistake to count her out: She's defied the prognosticators in nearly every race she's run since thrashing an 18-year incumbent in the Minnesota Senate by 20 points in 2000. Says Iowa Congressman Steve King, ‘No one has electrified Iowa crowds like Michelle has.’” - Stephen Moore in the Wall Street Journal

"Lagging in early polls, the straw polls present an opportunity for the former Minnesota governor to cement his status as the chief establishment alternative to Romney. Scoring a decisive win first at Ames in August and then at Florida’s Presidency V in September would offer Pawlenty significant press attention — and a probable bump in the polls and for his fundraising." - Politico 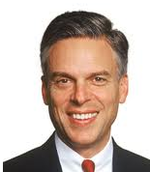 “The draft mailer contains pieces of Huntsman’s still-developing stump speech, including claims that the U.S. is in danger of a “lost decade” if the economy isn’t righted. But it also features several sharp-edged attacks on Obama, most notably on his 2010 healthcare overhaul, which Huntsman differentiates from the health reforms he signed into law in Utah.” - Politico

Hope in 2012: That's pretty much the White House's only strategy on the economy as it heads into the election

“With the chances low that Congress passes any additional fiscal stimulus, the White House is left hoping the recovery will pick up speed. No president since Franklin Roosevelt has faced re-election amid such high joblessness. ‘We're in uncharted waters here,’ said Charlie Cook, publisher of Cook Political Report.” - Wall Street Journal

“The key here is uncertainty. Not uncertainty as to whether short skirts will sell better than long skirts, or muted colors will prove to be the fashion choice for the autumn, or even whether interest rates will rise. That’s the sort of uncertainty businessmen have lived with ever since there were markets, and for which they get the big bucks to predict accurately. It is political uncertainty.” - Weekly Standard

“Many of his top advisers had never worked with Gingrich before. They learned quickly, the hard way, something well-known to those who knew him back in his days on Capitol Hill: He is a fountain of big ideas but sometimes has trouble sorting the good ones from the bad ones and often falls short on the follow-through.” - Washington Post

Hoping for a bombshell in the Palin’s Alaska emails, media left wanting

“Many of the emails deal with the mundane business of government. Others show her corresponding with aides, admirers and members of her administration about everything from her views on dinosaurs to fisheries policy.” - Politico

Are Republican GOP hopefuls skipping too many important events? - TIME

Think there are no good-paying blue collar jobs out there? Think again - Forbes