7:00pm The Republican: Which of the 2012 GOP candidates had the best job creation record as governor?

4:45pm Video: Bill Kristol: My perfect ticket is Paul Ryan and Marco Rubio - they are best able to reach both the Tea Party and the broad electorate

3:30pm Ideas: Economic growth and growing families go together: a lesson from the latest Census

2:00pm The Republican: "Now is the time for Congress to exhibit moral leadership (on Libya) despite political pressures to do otherwise"

11:45am The Republican: Making sense of the the Romeny-SBA abortion pledge mini-debacle

11:00am The Republican: The "Mormon thing" just doesn't want to go away, despite Romney's frontrunner status

10:30am The Republican: Who among 2012 candidates will take up the cause of NEW (not just small) businesses?

Ryan Streeter on The Republican: Poor Pawlenty: Washington insiders weigh in on why T-Paw is lagging in the polls

Opinion: Miles Taylor: No time for retreat - the dangers of an isolationist GOP

Rand vs. Rubio: The future of GOP foreign policy

"For the first time in a decade, it seems, the Republican Party doesn’t know where it stands on foreign policy. Instead of being united around George W. Bush’s vision of democratic revolution, conservatives are increasingly divided over what lessons to draw from America’s post-9/11 interventions. But while this division shows up in the current presidential field, it’s distilled to its essence in two high-profile Republicans who aren’t running (not in 2012, at least): Senator Marco Rubio of Florida and Senator Rand Paul of Kentucky...As The American Spectator’s Jim Antle pointed out last month, Rubio and Paul have followed similar paths to prominence...But on foreign policy, the similarities disappear." - Ross Douthat in the New York Times

"Republicans are facing a widening fissure over the U.S. role on the world stage as party leaders decide whether to confront President Barack Obama this week over U.S. policy toward Libya." - Miami Herald

> Yesterday on The Republican: Where have all the hawks gone? It’s time for one of the 2012 GOP presidential hopefuls to show some foreign policy leadership

House could vote this week on funding for Libya air strikes

"The House appears likely to vote this week on a measure that would limit financing for the American military efforts in Libya, using the chamber’s appropriations power to push back against the White House, which did not seek Congressional authorization for the mission. Any measures to end or reduce financing for the military’s involvement in the NATO-led airstrikes in Libya are likely to divide members of Congress. They are split in both the House and Senate between two slightly incongruous alliances: antiwar Democrats and Republicans who are angry about the usurping of Congressional authority, and Democrats who do not wish to go against the president, joined by hawkish Republicans who strongly support America’s role in Libya." - New York Times 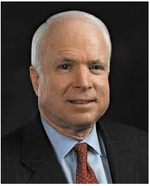 "Senate Armed Services Committee ranking member Sen. John McCain (R-Ariz.) warned Sunday that the GOP is at risk of becoming an isolationist party and he urged Congress to pass a resolution giving President Obama authorization to continue the air war in Libya. “I do want to send a message, and that is that we cannot move into an isolationist party. We cannot repeat the lessons of the 1930s, when the United States of America stood by while bad things happened in the world. We are the lead nation in the world, and America matters, and we must lead. But sometimes that leadership entails sacrifice, sadly,” he said. McCain said there is a vital national interest is at stake in Libya in part because Col. Moammar Gadhafi will conduct attacks against the U.S. if he remains in power." - The Hill

> Yesterday on The Republican: For the first time in a decade as many Republicans as Democrats say the US "should mind its own business" when it comes to global affairs

> Yesterday on Video: "If we fail against Gadhafi that's the end of NATO": Senator Lindsey Graham says Congress should "shut up" on Libya

"With two weeks to go before a self-imposed deadline, deficit talks led by Vice President Joseph Biden have entered the serious bargaining phase, with a few glimmers of hope but large areas of deep disagreement." - Roll Call ($)

> Yesterday on Video: Sen. Mitch McConnell on overregulation and tax reform: "We need to quit doing what we've been doing"

Changes to Medicare, Medicaid to be discussed in hearings, debt talks

"The future of Medicare and Medicaid will be a hot topic as negotiations on the debt ceiling continue this week. At least three bipartisan meetings helmed by Vice President Biden have been scheduled, and both parties began to make concessions this past week as a possible deal appeared to emerge. After House Budget Chairman Paul Ryan (R-Wis.) said he’s open to keeping traditional Medicare as an option alongside private plans in his overhaul proposal, House Democrats offered their own solutions for preserving Medicare’s solvency." - The Hill 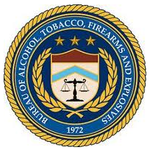 "With the Bureau of Alcohol, Tobacco, Firearms and Explosives facing its worst scandal in decades, the man nominated by President Obama to take over as its next chief is headed to Washington this week to meet with top Justice Department officials. Andrew Traver was nominated in November by President Obama to become the permanent ATF director, but his nomination has been held by objections from groups that say Traver is hostile to the rights of gun owners. Nonetheless, Traver's return to Washington Tuesday for a meeting with Attorney General Eric Holder and Deputy Attorney General James Cole could be the first step toward ousting acting director, Kenneth Melson." - Fox News "Wading into the tricky politics of immigration reform would seem to be a dead end for any Republican these days — let alone a conservative freshman from Idaho. But Rep. Raúl Labrador, a Puerto Rican-born former immigration lawyer and overnight tea party darling, is doing just that — meeting with Republicans and conservative opinion-makers to try to build a “conservative consensus” to the seemingly intractable problem that defied a national reform effort nearly four years ago and still roils the political landscape on a state level. At first blush, Labrador’s proposals seem to seek a middle ground: He favors border enforcement, a credible guest-worker program and punishing employers who knowingly hire illegal immigrants. But he doesn’t support a pathway to citizenship for the roughly 11 million people living in the country illegally. And the former immigration attorney doesn’t feel a particular allegiance to immigrants rights groups on the issue — nor is he committed to following the orthodoxy of his own conservative base." - Politico

...while "Rep. Lou Barletta (R-Pa.) said he didn’t choose illegal immigration as his defining political issue when he implemented an Arizona-style bill while mayor of a small Pennsylvania city — but that issue has followed him to Washington." - The Hill

> Yesterday on The Republican: 9 in 10 Tea Party voters intend to vote Republican regardless of who wins the nomination

"A politician blurts out something incendiary. The remark goes viral on the Internet and TV. Meanwhile, the fundraisers are manning the phones. In the world of campaign fundraising, “the money blurt” is helping hopefuls rake in millions." - Washington Post 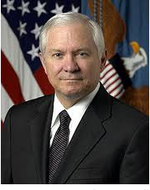 "Outgoing Defense Secretary Robert Gates says U.S. forces are doing a great job in Afghanistan, and people need to be patient and "consider the consequences of failure" if the U.S. were to pull out prematurely." - Fox News 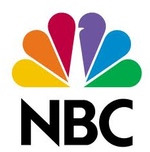 "NBC issued an on-air apology Sunday for omitting the words "under God" from the Pledge of Allegiance during its coverage of golf's U.S. Open. The words were edited out of a clip of children reciting the oath -- a move immediately noted by viewers, who took to Twitter and various blogs to voice their anger, the Huffington Post reported. In a statement during the broadcast, NBC commentator Dan Hicks said, "We began our coverage of this final round just about three hours ago and when we did it was our intent to begin the coverage of this U.S. Open Championship with a feature that captured the patriotism of our national championship being held in our nation's capital for the third time." - Fox News