10:15pm The Republican: Romney wins by keeping his front-runner status, all others lose by failing to topple him

4:30pm The Republican: Five questions that could (and should) be asked of any of the candidates tonight

3:30pm The Republican: Low-hanging fruit for Republicans: point out that Obama's regulatory reform must be really labor-intensive, as this chart shows

2:00pm The Republican: Yes, Romney's accelerating his lead, but what if pollsters included the likes of Chris Christie on their lists - just to see where voters' heads really are these days?

9:00am The Republican: Three kinds of uncertainty that Republicans should hang around Obama's neck going into 2012

Ideas: Interview with Walter Williams: Unemployment among African Americans was lower when discrimination was worse

"Several Republican presidential hopefuls ratcheted up their rhetoric Sunday on the eve of the first GOP debate in New Hampshire, signaling the launch of a more robust interplay between the candidates as the campaign heads into the summer season." - LA Times

"As Republicans gear up for Monday's presidential debate in New Hampshire, some conservative Hispanics say they'll be watching closely - and they're hoping to see more than the current field of candidates has offered so far." - CNN

...while Obama continues his quest to secure Hispanic support - Politico

> Yesterday on The Republican: Ahead of tomorrow's debate, Romney maintains substantial lead among GOP voters in NH

"Republican presidential contenders who plan to appear at the Iowa Tea Party's multicity bus tour during the next three weeks will find themselves pressed on an issue few have considered before they announced their nomination bids: How do they feel about the gold standard?" - USA Today

Nathan Lewis: "In hyperinflation's aftermath, how Germany went back to gold" - Forbes

"'This is going to kill the ability for businesses to create jobs and to promote ... economic recovery throughout our country.' That's what Republican South Carolina Attorney General Alan Wilson says will happen if the National Labor Relations Board wins its fight to force Boeing to build a new plant in Washington state instead of the Palmetto state...'Since the announcement that Boeing was going to open a plant in Charleston, South Carolina, Boeing has actually created 2,000 new jobs in Washington state. So it's hard to say you are retaliating against the union when you create 2,000 members to their role'...Attorneys general from 15 other states have added their names to a counter-suit filed against the NRLB, saying a ruling in the labor board's favor could hurt their states as well." - Fox News

Matt Patterson: "Unions know they cannot compete, and so need officials in Washington -- whom they labored mightily to help elect -- to force business back to their crushing embrace. The precedent that is being set by the NLRB Boeing decision is clear: The government, and the government alone, is arbiter of where and how we can do business. So much for land of the free." - Washington Examiner

> Saturday on The Republican: With declining labor force rates, we need policies that encourage more work, greater savings, and later retirement - not higher taxes that encourage the opposite

Agency head: Corruption a problem at Customs and Border Protection 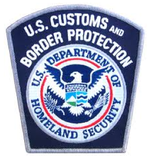 "More than 125 U.S. Customs and Border Protection employees have been arrested or indicted on corruption charges for smuggling drugs or illegal aliens, laundering money, and conspiracy since 2004, according to the agency’s top official.In one case an agent attempted to smuggle 100 kilograms of marijuana across the border, while in another case a CBP officer - using official credentials - allegedly tried to swindle a Korean citizen out of $220,000 for a fake school’s computer program. In yet another case, an agent allegedly tried to pocket $1,700 in cash from an abandoned vehicle during an internal affairs sting operation." - The Hill

News from the Middle East:

> Yesterday on The Republican: Senator Lindsey Graham: If we really care about the Syrian people now is the time to let Assad know that all options are on the table

"The Forest Service faces a problem as the wildfire season rages: The fleet of tanker planes it leases to fight fires is becoming unsafe to deploy." - Washington Post

Study: One in four of the nearly 7,400 elected representatives across the country do not hold a four-year degree

"About one in four of the nearly 7,400 elected representatives across the country do not possess a four-year college degree, according to a report released Sunday evening by The Chronicle of Higher Education in Washington. That compares with 6 percent of members of Congress, and 72 percent of adults nationwide, said the report, which is based primarily on the officials’ self-reported biographical information." - New York Times | WSJ

"So here we are with just four weeks to finalize over 100 provisions from the most sweeping financial regulations bill in a generation. The Commodity Futures Trading Commission is preparing to delay the implementation of some — but not all — of the rules for some unspecified amount of time. Trial lawyers are waiting to take advantage of the confusion, but Commissioner Scott O’Malia has reassured everyone that “all of this will hopefully be clear in a week or two.” Hopefully? Just remember: Obama wants you to “get in the game.” But please don’t mention regulatory uncertainty. He doesn’t want to hear it." - Boston Globe