5:00pm The Republican: Romney's a dissembler, not just a flip-flopper, which is why his frontrunner status is such a paradox

12:00pm Video on the Fair Tax: Sen. Richard Lugar reminds voters that for 16 years he has been advocating the Fair Tax and spells out its advantages

10:30am Sen. John Barrasso on FoxNews.com: Obama's decision to release oil from our reserves handcuffs developers and shows he is committed to keeping us more dependent than ever on foreign energy

Students for Paul Ryan is live: If you or someone you know is in college, read this

Ryan Streeter on The Republican: A Tea Party on the Left? Good luck with that

Natalie Gonnella on The Republican: What they're saying: House freshmen slam President Obama's decision to tap the Strategic Petroleum Reserve

> Yesterday on The Republican: Cantor and Kyl's exit from the budget negotiations show just how ideological the Democrats are these days

"Republicans are already on notice that Democrats plan to use Paul Ryan’s Medicare proposal as a key 2012 wedge issue. What they didn’t expect, however, was that Ryan’s blueprint would also turn out to be a polarizing force within GOP primaries. Across the Senate election map, in swing state after swing state, the House Budget Committee chairman’s plan for overhauling the popular entitlement program is emerging as a serious point of tension, a pick-your-poison proposition, forcing GOP candidates to choose between the narrow dictates of conservative primary voters and the imperatives of the broader general election." - Politico

> Yesterday on Video: Paul Ryan: The whole idea of the Republican budget is to reform the welfare state, help people get on their feet, and promote entrepreneurship

"Senate Republican leader Mitch McConnell, seeking to spur action on three long-delayed free trade agreements, said on Thursday he was prepared to help the White House renew a retraining program for workers displaced by trade but added a major demand of his own. 'Given the importance of these free trade agreements to our economy and the economic recovery, Senator McConnell is prepared to commit to help get passed an appropriate TAA (Trade Adjustment Assistance) bill this year that includes a reauthorization of TPA (Trade Promotion Authority),' McConnell spokesman Michael Brumas said in an email. But McConnell wants Congress to vote on the trade deals before considering TAA and TPA, Brumas added." - New York Times

"The International Energy Agency is releasing 60 million barrels of oil -- half of which will be supplied by the U.S. -- into the world market over the next month, as high gas prices continue to aggravate the lurching economic recovery. The price of oil quickly dropped on Thursday from nearly $95 a barrel to about $91 following the announcement, but any effect that could have at the pump won't be felt for another month -- roughly the time it takes to refine oil into gasoline. Market analysts expect minimal decreases in gas prices, considering global oil consumption stands at 89 million barrels of oil a day." - Washington Examiner

"The GOP's obsessive focus on deficits has already risked losing it the upper hand on the growth-and-jobs argument. Its accountant mentality now risks costing it a clear view on defense. It risks far more. Mr. Boehner said this week he didn't want to do anything to "undermine NATO," but the mere passage of the Republican resolutions will do just that. The GOP can then share responsibility with Mr. Obama for losing in Libya and emboldening a tin-pot dictator. How's that for an electoral pitch?" - WSJ

"Bowing to criticism, the Transportation Security Administration said Thursday that it will no longer automatically require pat-downs for children under 12 years old who trigger security concerns." - The Hill 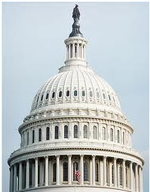 Report says the US is unprepared for WMD attack

"The United States is unprepared for an attack involving weapons of mass destruction, according to a report by the Commission on the Prevention of Weapons of Mass Destruction Proliferation and Terrorism. The report, and the commission’s prediction that it is “more likely than not” that a WMD will be used by terrorists by the end of 2013, were the principal topics at Thursday’s joint subcommittee hearing of the House Homeland Security Committee on the Weapons of Mass Destruction Prevention and Preparedness Act of 2011. " - The Hill

News from the states:

"It is the states' responsibility to foster an education system that leads to rising student achievement. State leaders, educators, teachers and parents are empowered to ensure every student has access to the best curriculum and learning environment. Governors and lawmakers across the country are acting to adopt bold education reform policies. This is the beauty of our federal system. It provides 50 testing sites for reform and innovation. The Common Core State Standards are an example of states recognizing a problem, then working together, sharing what works and what doesn't." - WSJ