6:00pm Video: A short history of "I did not do it," "OK, I admit I did it" Washington scandals of which Weiner is the latest

2:00pm The Republican: Krauthammer's point about finishing the debate on the nature of the welfare state and the social contract forces us to ask how self-reliant, responsible, and financially prudent Americans ultimately want to be

12:30pm The Republican: New index on economic and personal freedom adds more evidence to why the West and South keep looking better every day

Ryan Streeter on The Republican: As the smoke clears from Gingrich's collapse, the saloon doors open, and in walks Rick Perry

After a series of delays, debt reduction talks gain steam

"Amid fresh signs of a faltering economic recovery, bipartisan negotiations to rein in the national debt shifted into high gear Thursday as lawmakers in both parties called for a quick resolution to the talks as the best medicine for the shaky economy. Vice President Biden met for the first time in two weeks with six congressional negotiators in a session focused largely on Democratic demands for more revenue as part of any debt-reduction deal. The group agreed to pick up the pace of the talks, with three sessions scheduled for next week, in hopes of presenting the framework of an agreement to President Obama and congressional leaders by the end of the month." - Washington Post

> Yesterday on The Republican: Oklahoma Rep. James Lankford: We want to have a national conversation about the economy while Democrats want to make decisions for Americans from the board room

"A fairly noncontroversial U.S. Senate bill to support economic-development projects could quickly become contentious next week if Republican critics of the Dodd-Frank financial overhaul have their way. At least three GOP senators are considering taking a stab at attaching amendments to the economic-development measure that would rework key parts of the Dodd-Frank financial-overhaul law Congress passed last year. In fact, one amendment filed by tea-party Sen. Jim DeMint (R., S.C.) would repeal the whole financial law." - WSJ

"Sen. Tom Coburn is pulling out all the procedural stops to finally force a vote on ending a $6-billion-a-year tax break for ethanol. The Oklahoma Republican offered his provision, which Sen. Chuck Grassley (R-Iowa) blocked earlier this year, as an amendment to the economic development bill Thursday. He also maneuvered to force a procedural vote Tuesday in an attempt to avert a filibuster." - Roll Call ($)

Other news from Congress:

Newt Gingrich vows to carry on after aides jump ship

"Newt Gingrich’s presidential campaign imploded on Thursday as his top advisers banded together and resigned, setting off a further exodus of aides and supporters and battering his hopes of a political comeback. Mr. Gingrich vowed to carry on, saying that he was “committed to running the substantive, solutions-oriented campaign I set out to run earlier this spring.” But the departure of nearly two dozen aides, including his entire Iowa operation, left him, for now at least, crippled in his ability to do much more than appear at debates or other public forums at a time when his main rivals were busy raising money and building organizations in crucial states. And it injected fresh uncertainty into the Republican nominating contest amid continued talk that further candidates might jump in." - New York Times | Washington Post

> Yesterday on The Republican: Kaboom! The Gingrich campaign goes up in flames

...while "Rick Perry for President" picks up momentum 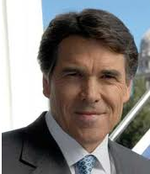 "Texas Governor Rick Perry’s flirtation with seeking the Republican presidential nomination had people talking in Austin even before key figures in his past campaigns quit working today for Newt Gingrich. Dave Carney, a Perry adviser, and Rob Johnson, who ran the governor’s 2010 re-election campaign, both abandoned Gingrich’s presidential bid. That drew more attention to the possibility that the longest-serving U.S. governor could make a run for the nation’s top office." - Bloomberg

"The Washington Post says it plans to publish over 24,000 pages of e-mails sent by and to Palin, who left office in July 2009 -- about 18 months before the end of her term. The newspaper is planning a "crowd-sourcing" event, asking its readers to help analyze, research and put the e-mails into context." - USA Today

...and their asking for help in analyzing the information - The Fix on the Washington Post

"Former Massachusetts governor Mitt Romney, widely regarded as the front-runner in the Republican presidential race, has decided not to participate in this year’s Iowa Straw Poll or any other such tests before the 2012 primaries and caucuses, his campaign announced Thursday night. By skipping the Aug. 13 straw poll, an important stop in the nominating contest, Romney offered the clearest signal yet that he may not compete vigorously in Iowa, home to the first-in-the-nation caucuses and where social conservatives are traditionally influential." - Washington Post | New York Times' The Caucus

> Yesterday on Video: WSJ: Romney decides not to spend the $2.5 million he spent last time winning the Iowa straw poll before losing the caucuses

"FreedomWorks, the Washington-based tea party group led by former House Majority Leader Dick Armey (R-Texas), is starting a super PAC. The new political action committee will likely be called FreedomWorks Action, though the official name is still being hashed out, Matt Kibbe, the group’s president, said during a conversation with reporters in Roll Call’s newsroom. The mission for the PAC is not entirely clear, but under federal election law super PACs can make only independent expenditures. The groups, which can raise and spend unlimited sums of money from corporations, unions, associations and individuals, are barred from making direct contributions to campaigns." - Roll Call ($)

Juan Williams: "Forget Anthony Weiner and the coverage of his Twitter sex scandal. The big news is the coming battle. Prepare now  ready for an all-out war among media on the left and the right as the 2012 presidential campaign heats up." - Fox News

"A survey of the political landscape more than a year out from the 2012 presidential election reveals a tale of diametrically opposed campaigns between that of an entrenched incumbent and early-stage challengers." - Washington Examiner

"The U.S. was the source of at least 70% of 29,284 firearms recovered by authorities in Mexico in 2009 and 2010, according to new U.S. government figures. The statistics from the U.S. Bureau of Alcohol, Tobacco, Firearms and Explosives are expected to add to controversy over the U.S. role in fueling drug-cartel violence in Mexico, which has killed more than 40,000 people since 2006. U.S. gun-rights groups long have disputed assertions by the U.S. and Mexican governments that trafficking from the U.S. is a major source of weapons in the cartel wars. They have contended the majority of Mexican guns come from Russia, China and elsewhere." - WSJ

"Democrats knew they were getting an outspoken partisan when Rep. Debbie Wasserman Schultz took over the reins of the Democratic National Committee a month ago. But they might not have known just how outspoken. In the four weeks since she succeeded Tim Kaine, Wasserman Schultz has been called out by four nonpartisan fact-checkers for mischaracterizing the GOP’s Medicare plan. She’s accused Republicans of wanting to reinstate segregation and of waging a “war on women.” She has asserted, somewhat nonsensically, that the GOP wants to make illegal immigration — by definition against the law — “a crime.” She’s also been mocked for driving a foreign car after pounding Republicans for not supporting the American auto industry." - Politico